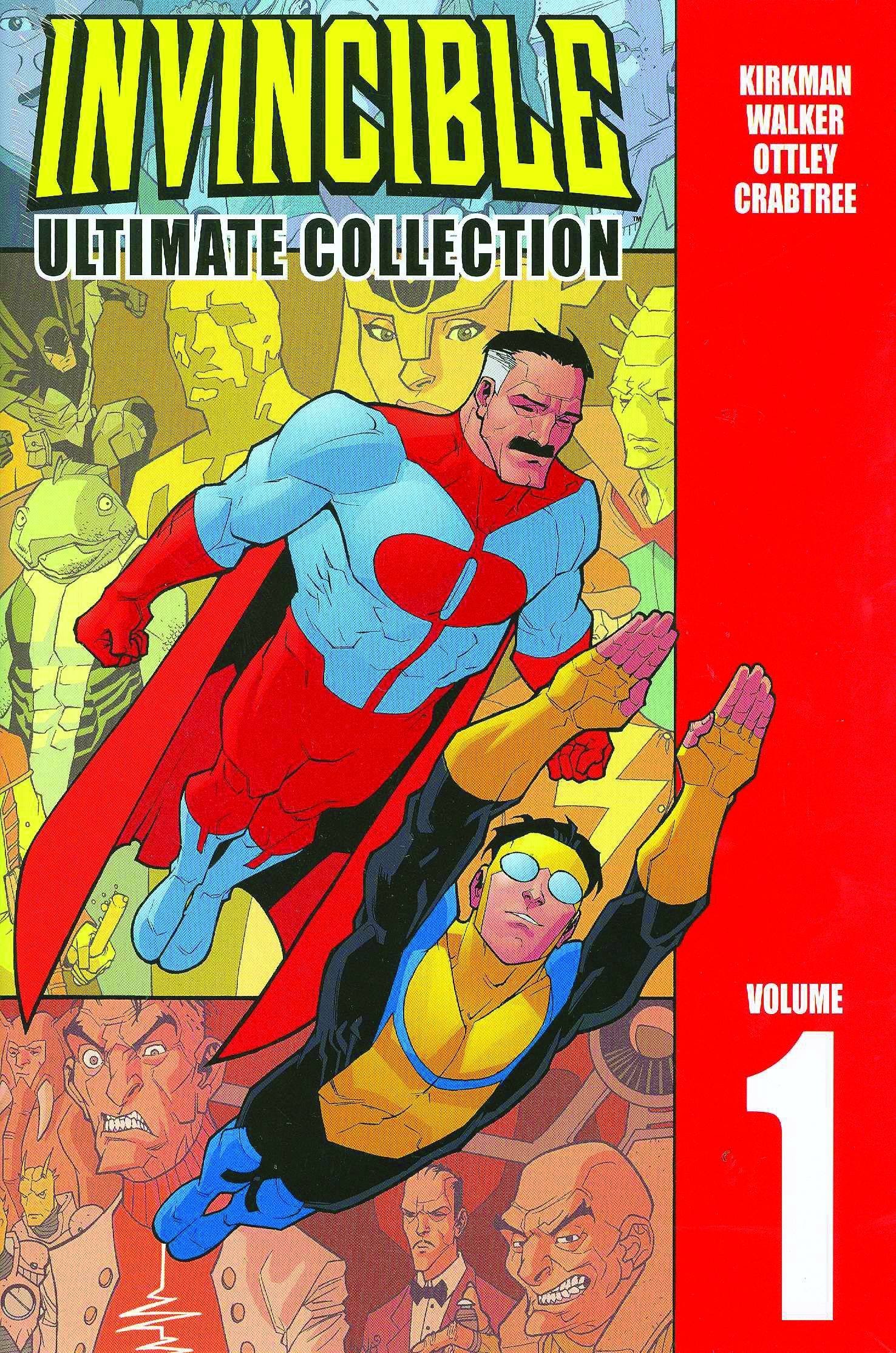 Superhero tropes are embedded into the public consciousness. Thanks to the immense popularity of DC Comics and Marvel, almost everyone has seen at least one hero in a brightly colored outfit fight an equally outlandish villain in a similarly ornate get-up as they fight for their version of what a better tomorrow looks like. And while DC and Marvel are certainly the most prolific weavers of this modern myths, they are definitely not the only ones.

And if you have an appreciation for the world of superheroes, one of the best series you can pick up right now is Invincible created by Robert Kirkman (of The Walking Dead fame) and Cory Walker. 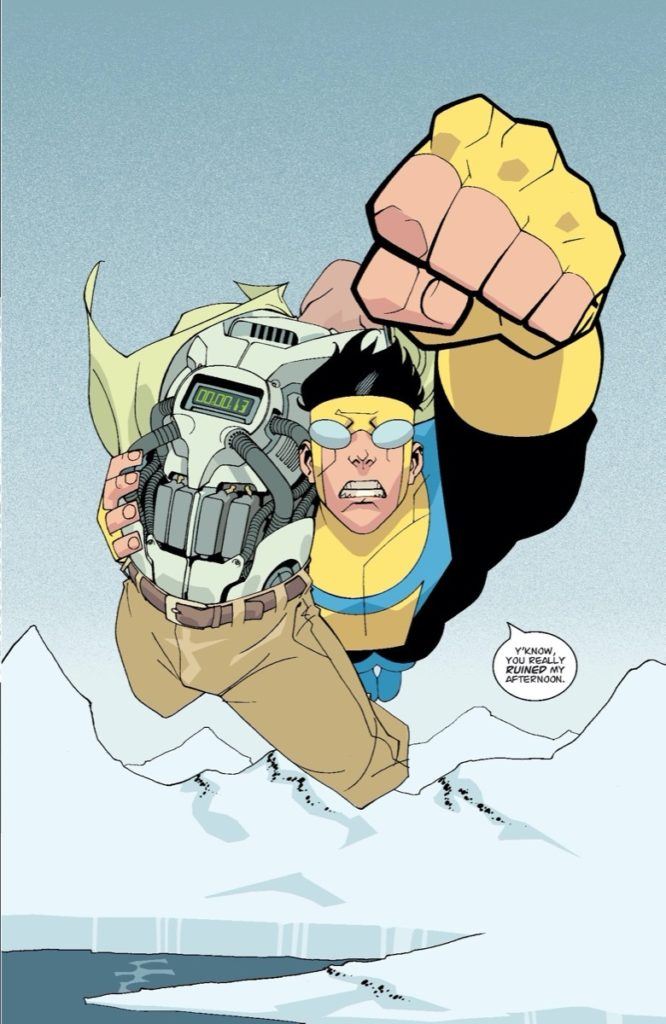 Invincible‘s set up reads like a cross between Superman and Dragonball Z. Mark Grayson is your typical 17 year old who discovers that he has super powers because his father is actually an alien and his physiology allows him to be the most powerful superhero on Earth. Of course, it gets a little more complicated than that.

The bones of Invincible very much feel like an affectionate parody of common superhero elements and familiar characters, but as the story develops, it distinguishes itself with a strong sense of world building, vast conspiracy, and a hard line edge that you can really only find outside of the Big Two.

Mark Grayson a.k.a. Invincible, reads a lot like Superboy when we first meet him, as he fumbles around with his newly found powers and starts delving into amateur crime fighting with a spiffy new costume. And, like Superboy, he is eventually forced to reckon with his complex heritage and the strange legacy he has inherited: standing as an intermediary between two very different world. 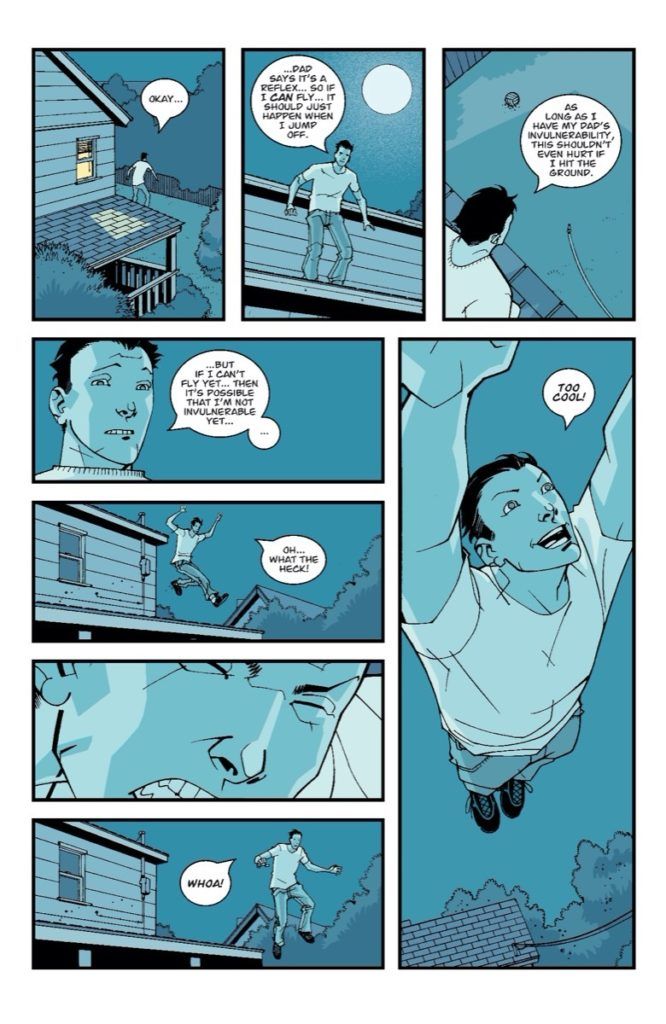 While Mark Grayson is the pivotal character of the series, Invincible has an increasingly large cast of supplemental characters with incredible character designs and a fascinating gamut of powers that put them at a variety of odds with villains and each other, especially when the bombshell revelations start dropping at the end of the end of the story arc.

For nearly fifteen years, Invincible was a staple of the alternate superhero genre offering a sardonic take on all of the familiar narrative beats we’ve seen before in a vividly bright and bloody world. The villains are in a league of their own. The heroes exist in a decidedly gray area of the moral spectrum. Most importantly, there is an enduring optimism that is inherent through the story even as it dredges through unsavory conflict after unsavory conflict. 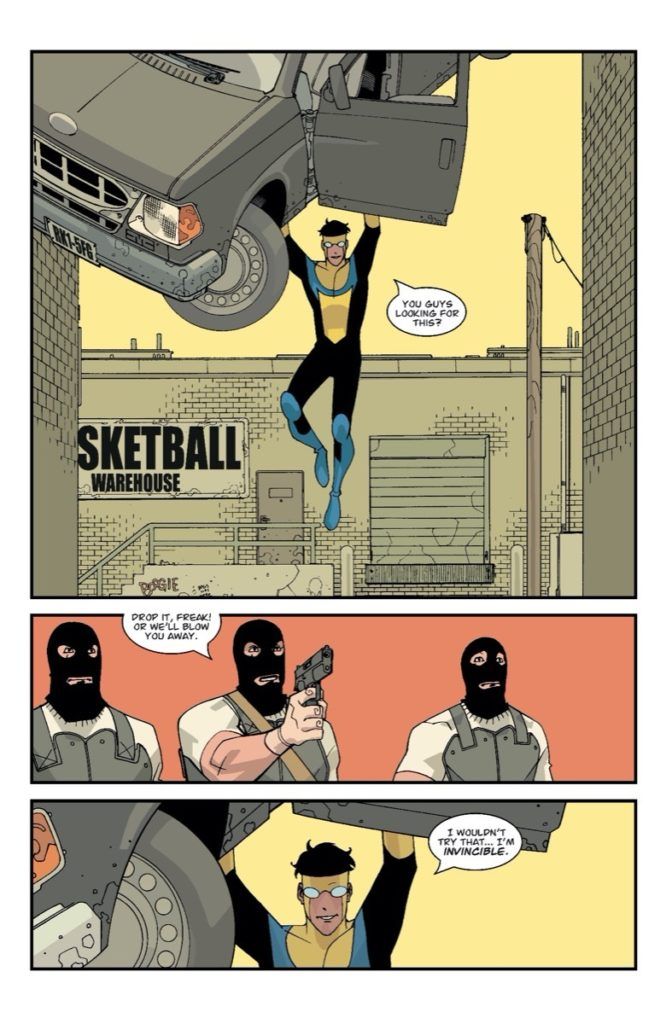 Chances are, if you’re a superhero fan you’re already at least somewhat aware of Invincible and there’s really no better time to delve into the twenty-five volume run. If you’re not into superheroes, you still might be intrigued by the wide scope of an dramatic sci-fi stories that spans time and space in ways that you really couldn’t predict. And the best part? Like a wide variety of other #1s from Image, you can actually read the first chapter of Invincible online for free.

Give yourself a couple minutes and find out how Mark Grayson becomes Invincible. It’ll be fun. Brutal at times, sure. But fun.