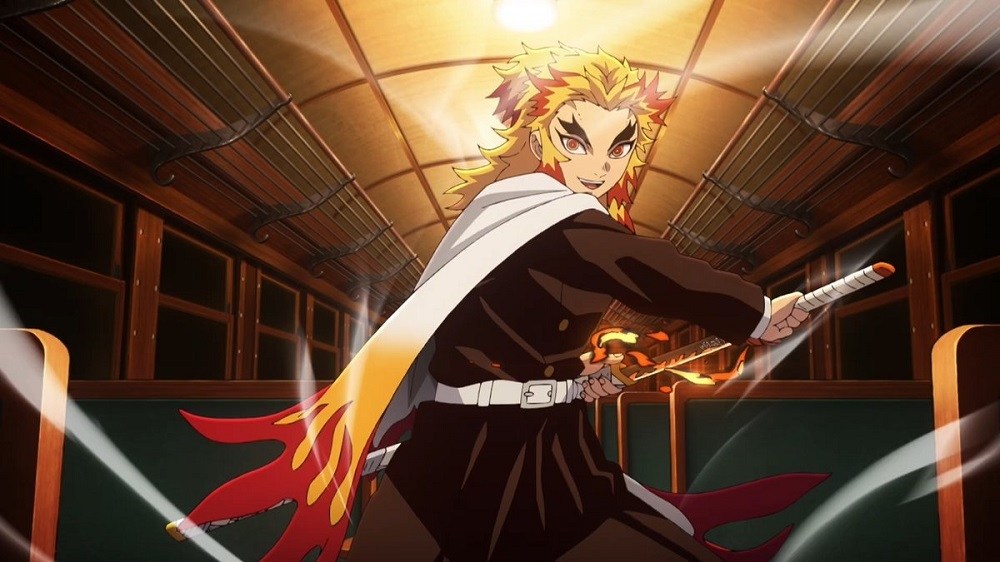 We’re all trapped in the house looking for ways to escape. Anime lovers are no doubt re-watching and binging their favorite series to pass the time. We at BNP are doing the same, but we wanna tell you about some upcoming anime series we’re looking forward to in the future.

Anime is already off to a SSStylish start in 2020 with shows like BNA: Brand New Animal, Fruits Basket Season Two, and Tower of GAWD, but we’re here to talk about the shows in the future instead of dwelling on the past or present in this case. So, there are quite a few shows that I’m personally looking forward to later on in the year and one huge movie that I’m sure most of you are looking forward to as well.

Let’s get the obvious out of the way first. The Infinity Train movie from one of the most beautiful shows, Demon Slayer, releases in Japan on October 16th this year. Although there’s no information on when it’ll be available for everyone else, the hype can’t be contained. The Infinity Train arc is extremely hype, and I can’t wait to see it in motion.

Starting off the anime train of shows I’m looking forward to is Re: Zero Starting Life in Another World season two which is dropping in July. It’s been a few years since season one and if it wasn’t for Isekai Quartet having a few characters from the show in its all-star cast, I’d be missing it much more than I am. Re: Zero season one was pretty intense so season two should bring it as well.

Next is Log Horizon season three. Log Horizon was always a more grounded isekai because the main character is more of a strategist than an overpowered one-man dungeon clearer. It’s scheduled to release in the fall of this year. The next show on my radar is The God of High School which is based on a webtoon like Tower of GAWD. I’ve always been a sucker for any shows with fantastic battles and fight choreography, and the studio behind it is the same studio that animated shows like Hajime no Ippo and Kakegurui, so I’m more than a little excited for it. The fact that webtoons are getting the anime treatment could mean a shift towards studios taking more chances with webtoons in general.

Finally, the last anime that I was looking forward to is a curveball because it’s another movie. Evangelion: 3.0+1.0 Thrice Upon a Time was scheduled to release in Japan in June, but it’s recently been delayed; the new release date hasn’t been announced yet. It’s a sequel to 2012’s Evangelion 3.0 You Can (Not) Redo. I know the titles are a mess, but Evangelion is a big deal to fans like me. Since this latest movie is slated to be the final one, we’re all waiting for a satisfying conclusion. Mark these shows on your calendar so you don’t miss out on the sweetness!

I have to second Willie on being super hyped up for the Demon Slayer movie; after binging that first season and being left with a growling stomach for MOAR, The Infinity Train couldn’t come any sooner for this weeb. The animation on Demon Slayer alone is worth the watch, not to mention the enjoyable characters and catchy music. Peppa Pig’s Six-Pack Brother could spend this film skipping rocks for two hours and I would still watch it, but nonetheless, coming off the heels of such a successful first season, I am sure the movie will not disappoint.

Another show I am interested in checking out is The Millionaire Detective. Brought to us by CloverWorks, this show is giving me low-key Cowboy Bebop and Lupin vibes. With its quick-paced music and sexy lead Inspector, I’m sure this will be a fun one to breeze through on a rainy day. The police propaganda does give me pause however. I’m not terribly enthusiastic about yet another show glorifying the police in any capacity. I do know that the fandom will be going crazy for this one; animating such a sultry and confident fellow will be sure to ignite the imagination of plenty of Artist’s Alley creators.

The last anime I think might be worth checking out is Tamayomi: The Baseball Girls. Who doesn’t love a good sports anime? Studio A-Cat is bringing us this tale about two high-schoolers who are reunited and ready to take the baseball world by storm, together. To be honest with you, I really just want a wholesome, modern, lesbian sports drama. It is 2020; how long must we gays wait? I DEMAND MORE CUTE GAY ANIME CONTENT PLEASE. THAT ISN’T IN FAN FICTION. Yuri! On Ice can’t be the only sports anime we’re given. (NO ONE SAY FREE! BECAUSE YOU KNOW THEY WERE QUEER-BAITING IN THAT).