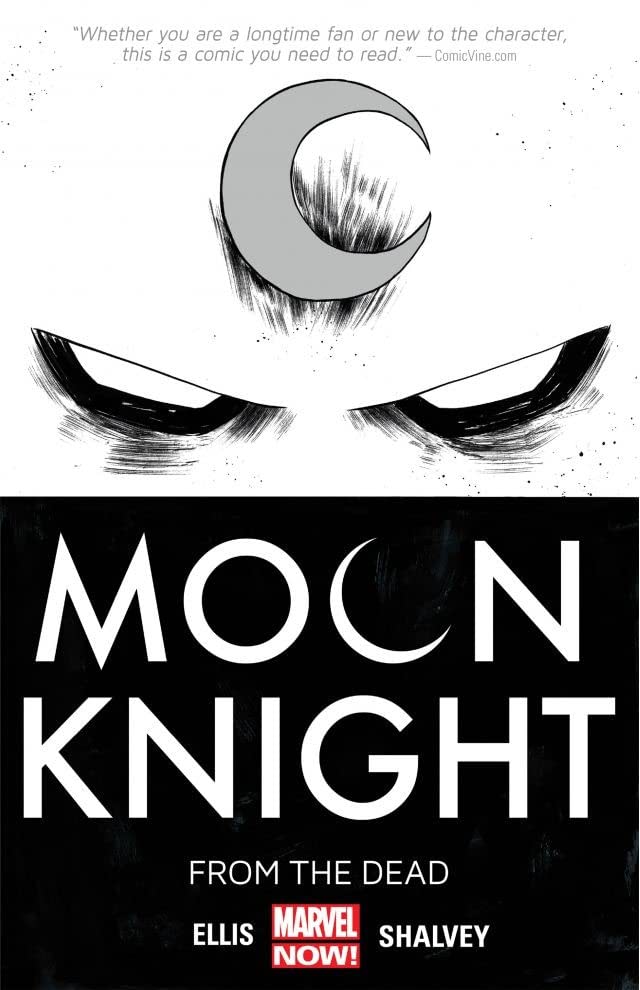 Moon Knight has spent a long time on Marvel’s B and C list even when his comics are at the top of their game written by some of the best in the business. And now with Disney Plus investing in bringing this second-tier character into marquee status, there’s never been a better time to get acquainted with him. For this reason, it’s hard to find a more entertaining “Moon Knight 101” type of book than Warren Ellis’ six issue collection, From The Dead.

The book goes through six loosely interwoven but mostly standalone stories about Marc Spector, a rich ex mercenary on a quest for vengeance in the name of the Egyptian moon god Khonshu that takes him through some of the darkest, grittiest corners of New York City. If superheroes had a Special Victims Unit, Mr. Knight would certainly be the lead detective. Ellis puts our hero through his paces with everything from a gauntlet of kidnappers in a building straight out of The Raid: Redemption to fist fights with ghosts and cops who think they’re supervillains. 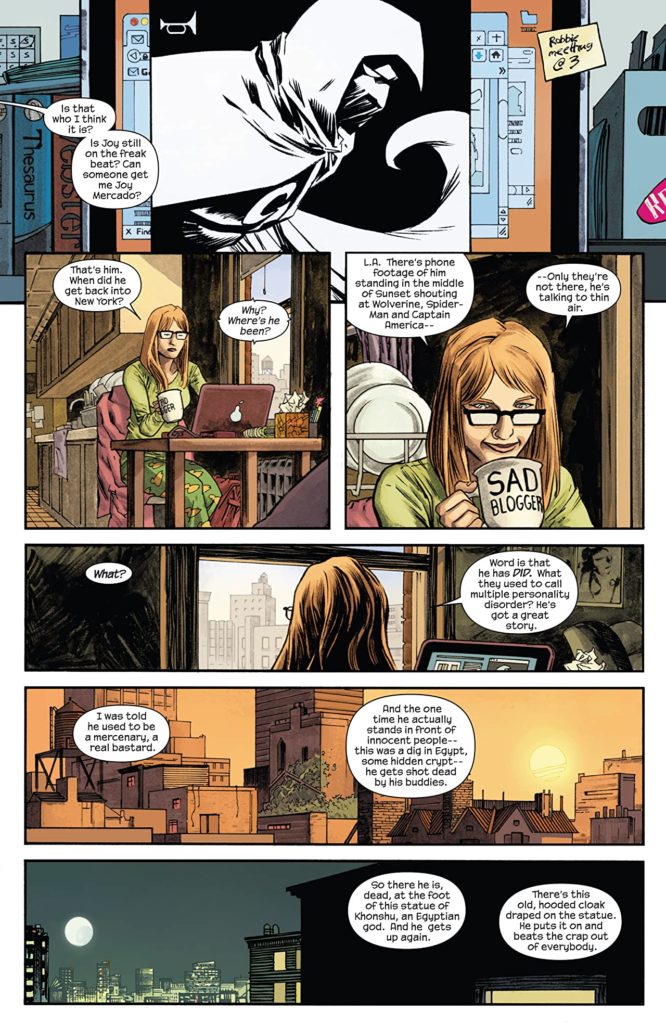 Ellis delivers a smart, bare bones approach to this book that doesn’t spend too much time getting bogged down in heady exposition while offering readers more depth than your average beat’em up action story. Combine that with Declan Shalvey’s gorgeously gritty artwork and you get 140 pages of creepy, back alley mystery that the lead in your favorite procedural cop drama wouldn’t go near.