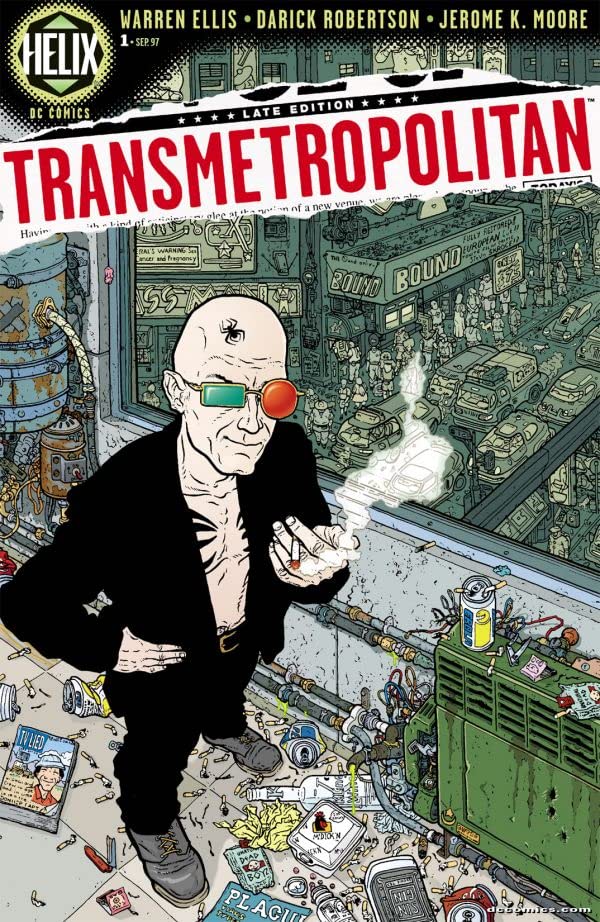 We’re living in strange times that only seem to be getting stranger as 2020 goes on. Viruses that don’t seem to go away, “killer insects,” a game show host as leader of the free world…sci-fi and dystopia are beginning to bleed into the desert of the real. The way I see it, if the world is going to start looking more like a William Gibson story, we may as well be ready. And the best starter kit I can think of is Warren Ellis’ epic cyberpunk adventure, Transmetropolitan. Think of what Fear and Loathing: On The Campaign Trail would look like in the Blade Runner future, and you get the exploits of foul mouthed, chain smoking outlaw journalist Spider Jerusalem.

When an unfulfilled book deal comes back to haunt him during a self-imposed exile out in the woods, Jerusalem returns to “the City” as an investigative reporter. His scathing column aptly titled, “I Hate It Here” doesn’t take long to gain the attention of several interested parties including his old nemesis: a morally bankrupt, power hungry POTUS that draws several similarities to a certain real life figure that may or may not currently share the same political position. Cryogenically time displaced journalists, alien DNA grafts for fashion statements and sentient clouds of nanotech smoke…this is a future unlike anything else you’ve read in comics. 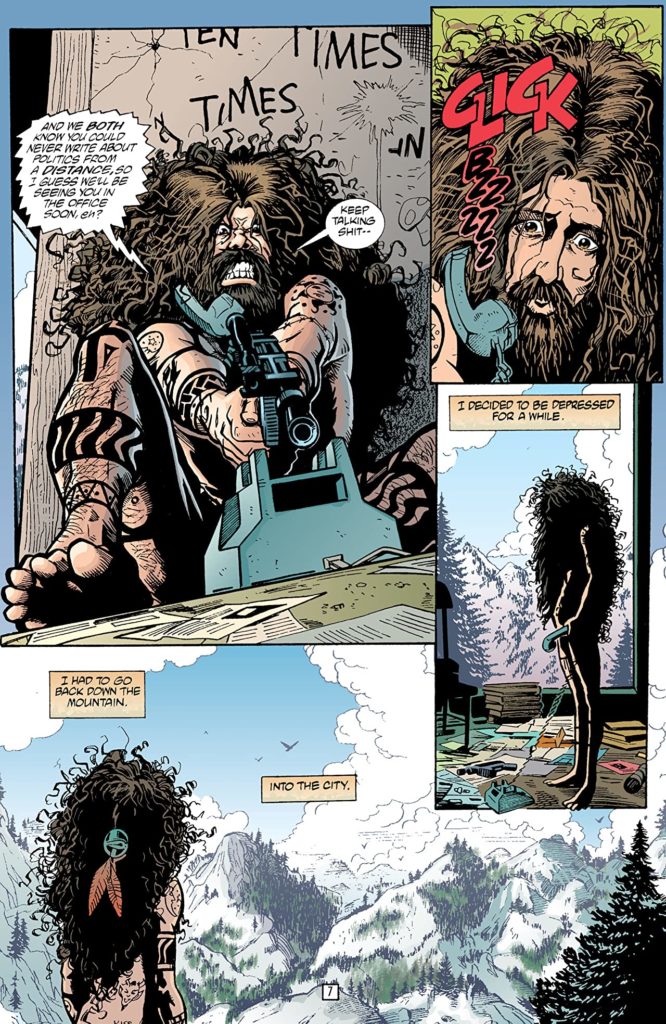 With the help of visionary artist Darick Robertson, Ellis crafts a guided tour through a completely irreverent, rabid future that somehow still manages to say something relevant about the present-day we’re living in. Transmetropolitan began in 1997, ended in 2002, and runs about 60 issues (not including the collections of passages from Spider’s column), so it’s a relatively meaty series even for the most voracious of comic enthusiasts stuck at home with too much time on their hands.