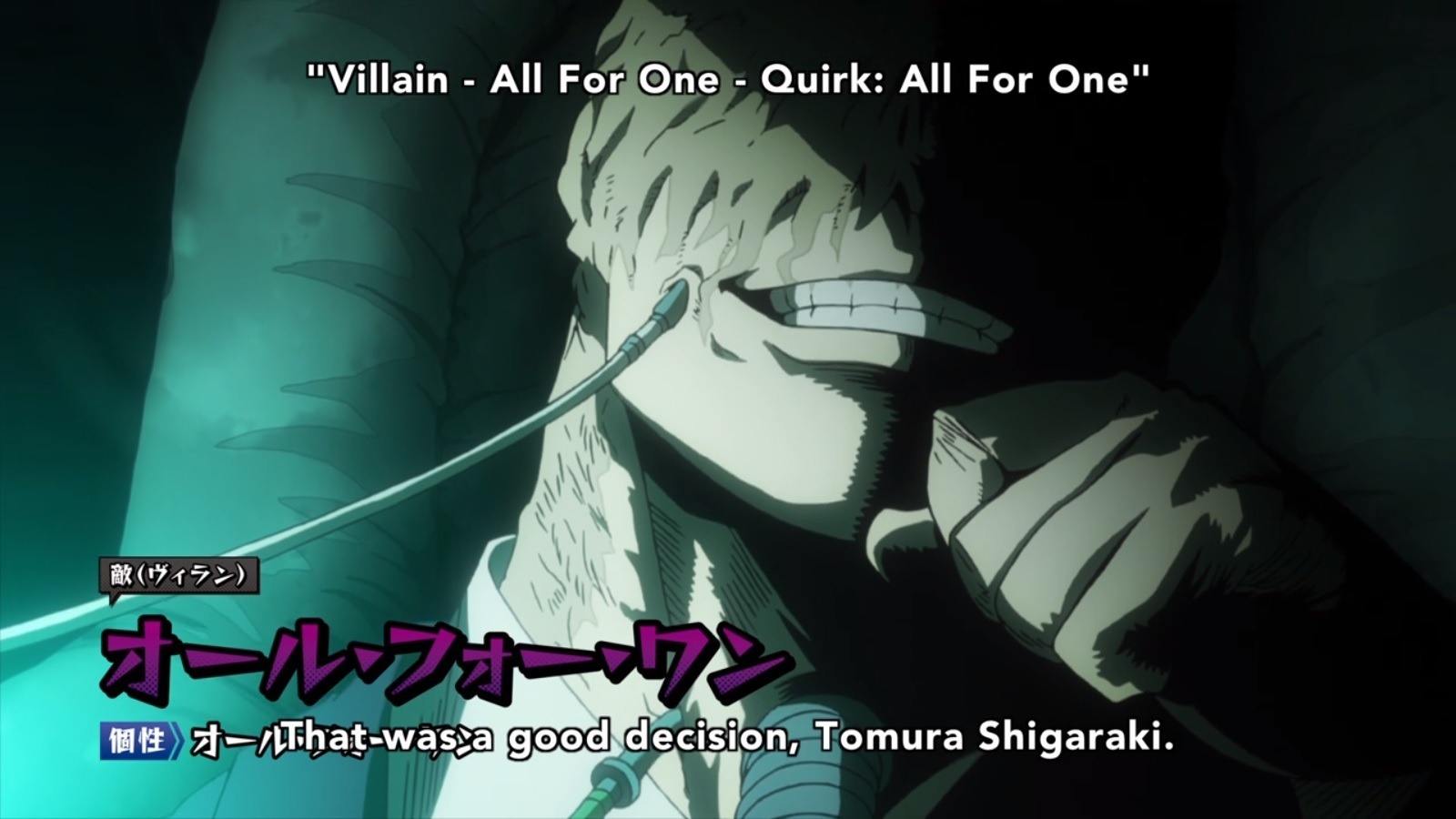 My Hero Academia has a villain problem. I don’t mean that there are no villains. There are plenty of bad guys for the students of Class 1-A to fight, and their designs and Quirks are as interesting and creative as the main cast. Yet the major villains our heroes have encountered sometimes feel reduced to “Baddies of the Week” because of their infrequent appearances as actual threats. Stain continues to influence the world of MHA, but we haven’t seen him since the middle of the second season. I’ve written about Tomura Shigaraki’s lack of action in the past. He hasn’t done anything since the first season. After Bakugo attacked him in last week’s episode and Shigaraki stared dramatically at the floor, surely he would respond. 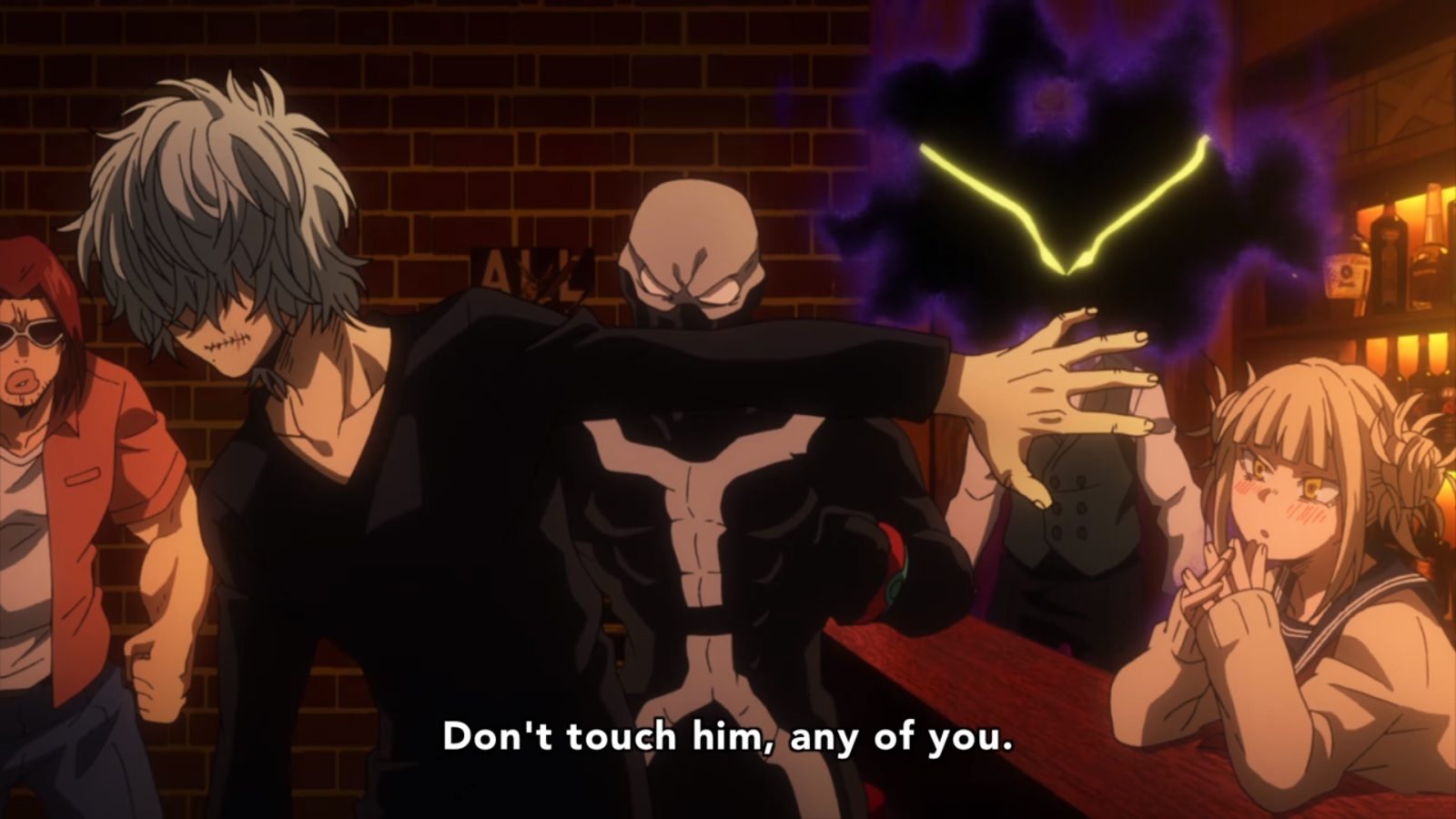 Wrong. Shigaraki continues to disappoint as a villain.  The lack of a serious, recurring threat is the major weakness of MHA’s third season. MHA has begun to correct the problem with newcomers like Dabi and Himiko Toga, but we only have one example of them in action.

That’s what makes the appearance of All For One so exciting.

Before we get to that though, a brief recap. Bakugo is still being held hostage by the League of Villains as they attempt to turn him towards their ideals. Meanwhile, Midoriya and his classmates are sneaking around one of the villain’s hideouts, trying to find a way to save their friend without breaking the rules. Unknown to them, the professional heroes and the police are ready to launch their counteroffensive, and they attack with a bang. 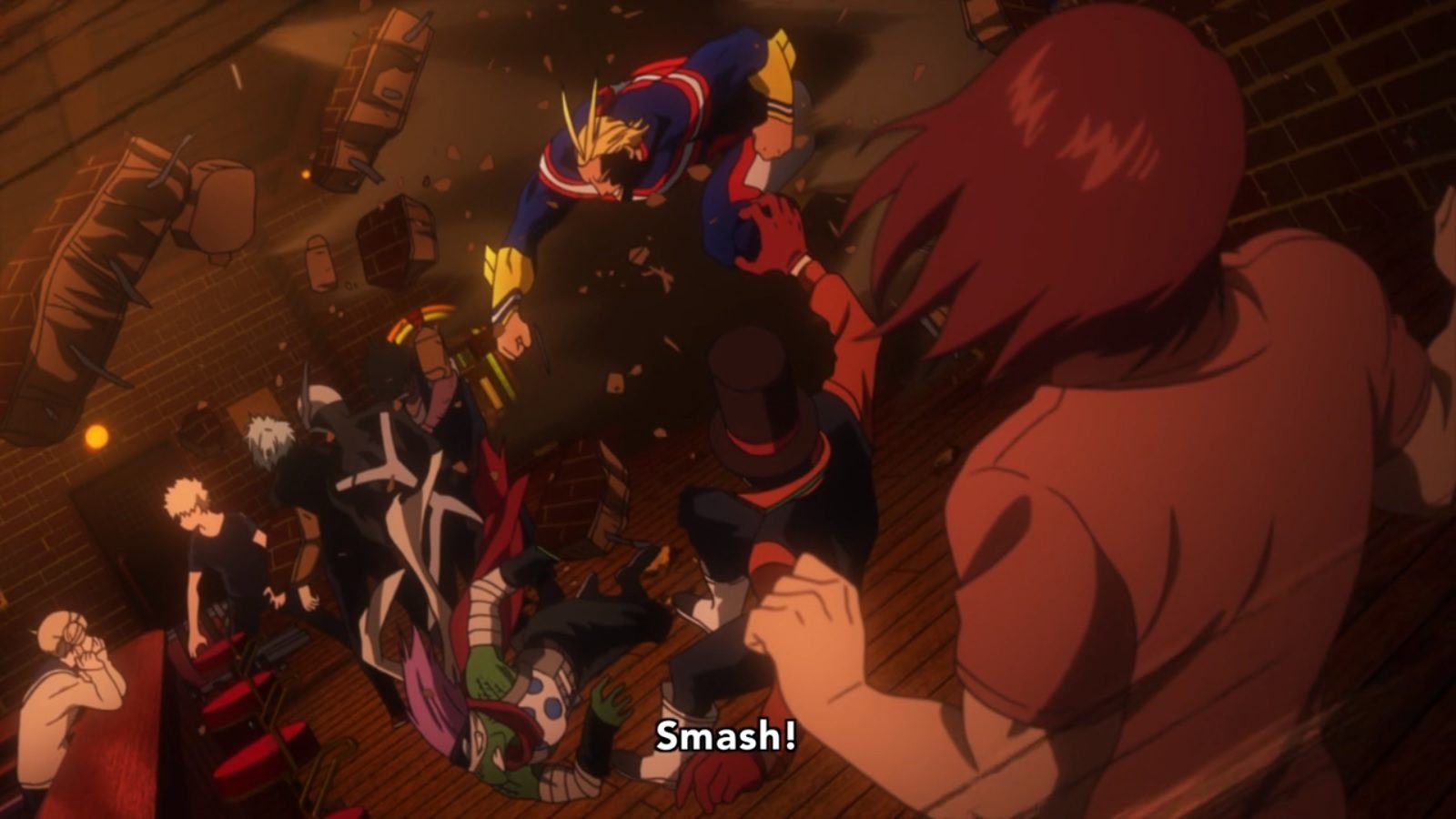 In short order, All Might and the pro heroes capture the League of Villains and the Nomu warehouse that Midoriya and his friends are near. Bound by Kamui Woods, Shigaraki recalls his first encounter with All For One. Bloodied and alone, he looks up at the man who speaks to him as others ignored him.

“No one came to save you, huh?…’Eventually, the heroes will…’ Everyone thought that and pretended not to see you, huh?” 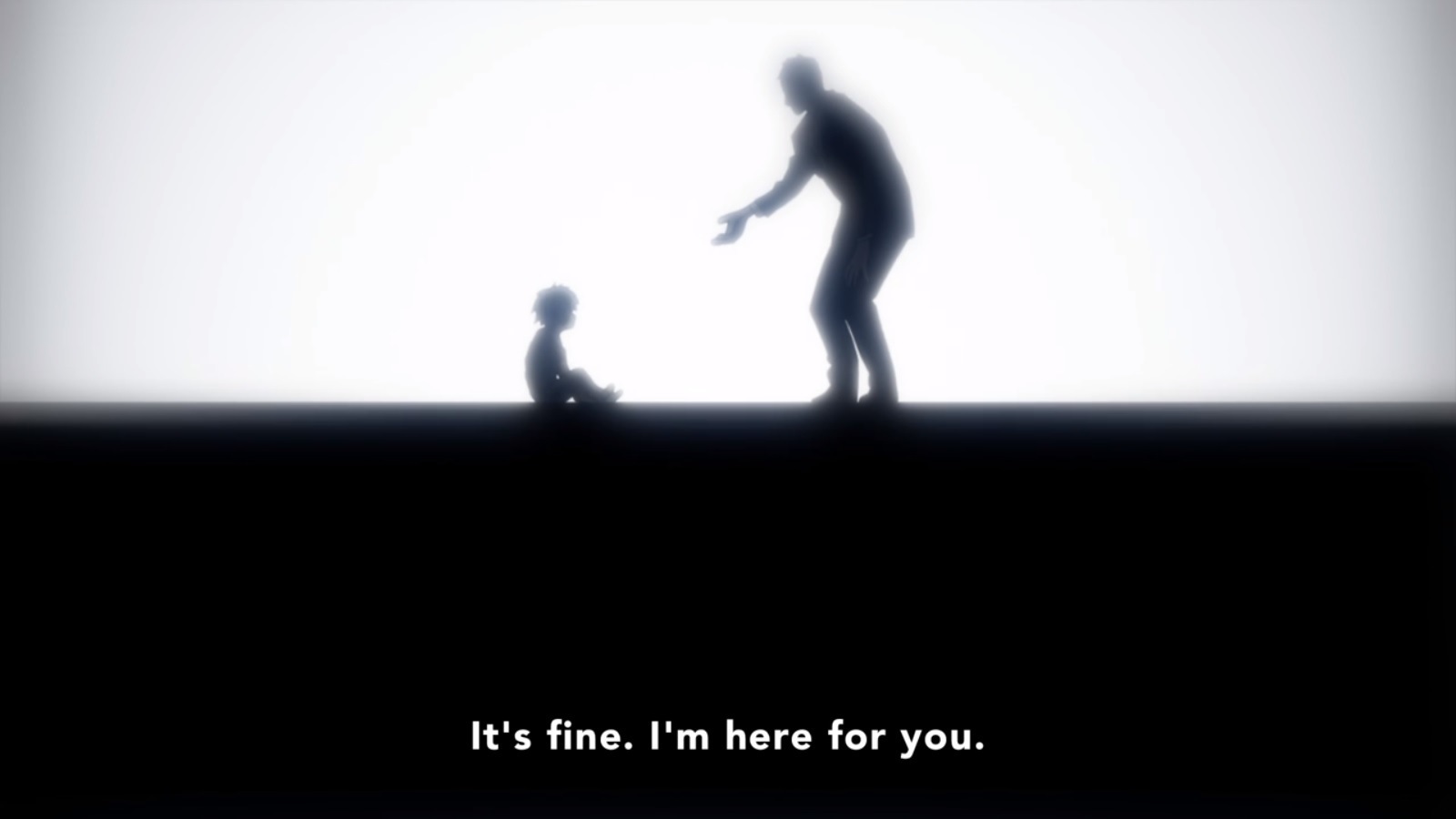 My Hero Academia works best when it’s dealing with themes. All For One is the antithesis of All Might, but as Best Jeanist pointed out to Bakugo, heroes and villains are two sides of the same coin. Both sides use violence and power to achieve their ends. Both are not motivated by random thoughts, but a philosophy which forms their worldview. Both All Might and All For One rely on power which comes from others- in one case, the power is given, in the other, it’s taken.

All For One uses his taken power to turn the tide on our heroes. He obliterates the forces attacking the warehouse, sends the Nomus to help Shigaraki and recaptures Bakugo in an instant. Midoriya can only stare in mute horror, imagining his own death if he confronts such a fiend. Finally, a villain has appeared that is worthy of the heroes. Next week’s episode can’t come soon enough. 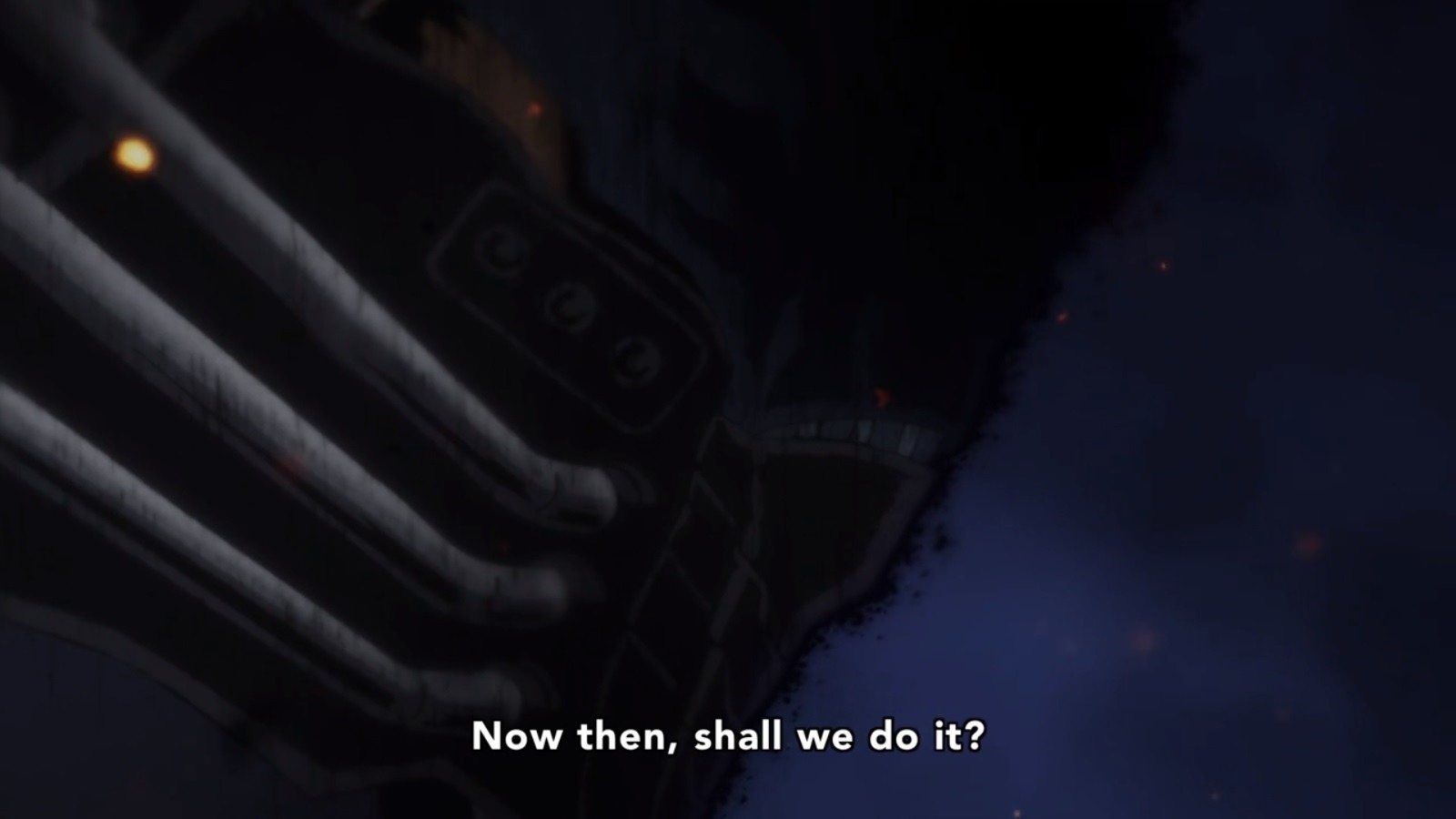