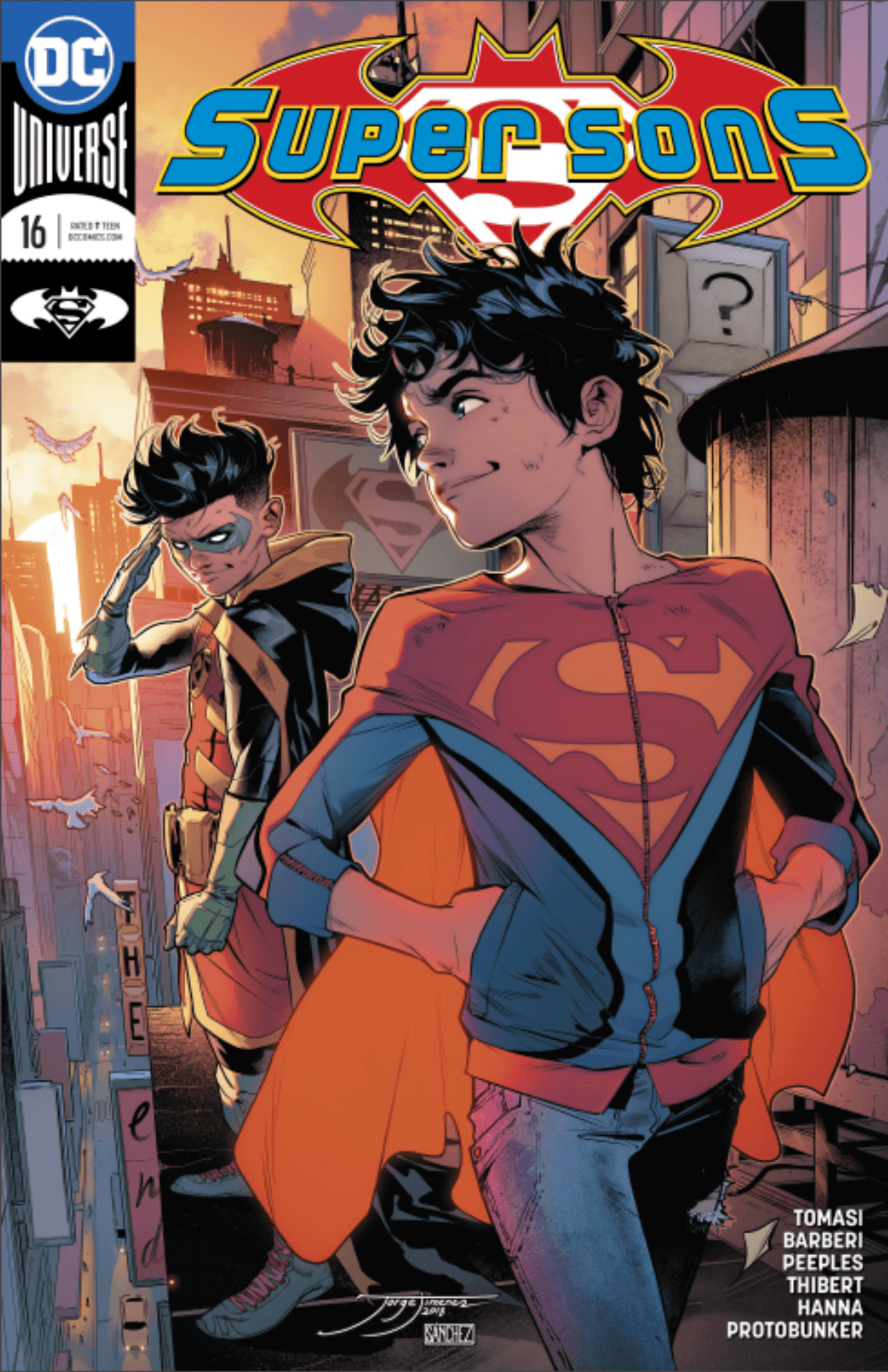 Jon Kent and Damian Wayne are two of my favorite characters in this post-Rebirth continuity. The Sons of the World’s Finest have been on the top of my pull every time a new issue drops. If it hadn’t been recently announced that Tomasi was penning a new Maxi-Series to be released this August, you could bet your bottom dollar that I was going to be heartbroken while writing this review. Instead, I get to gleefully tell you that Super Sons #16 is a fitting bookmark to the series and hint at the future. 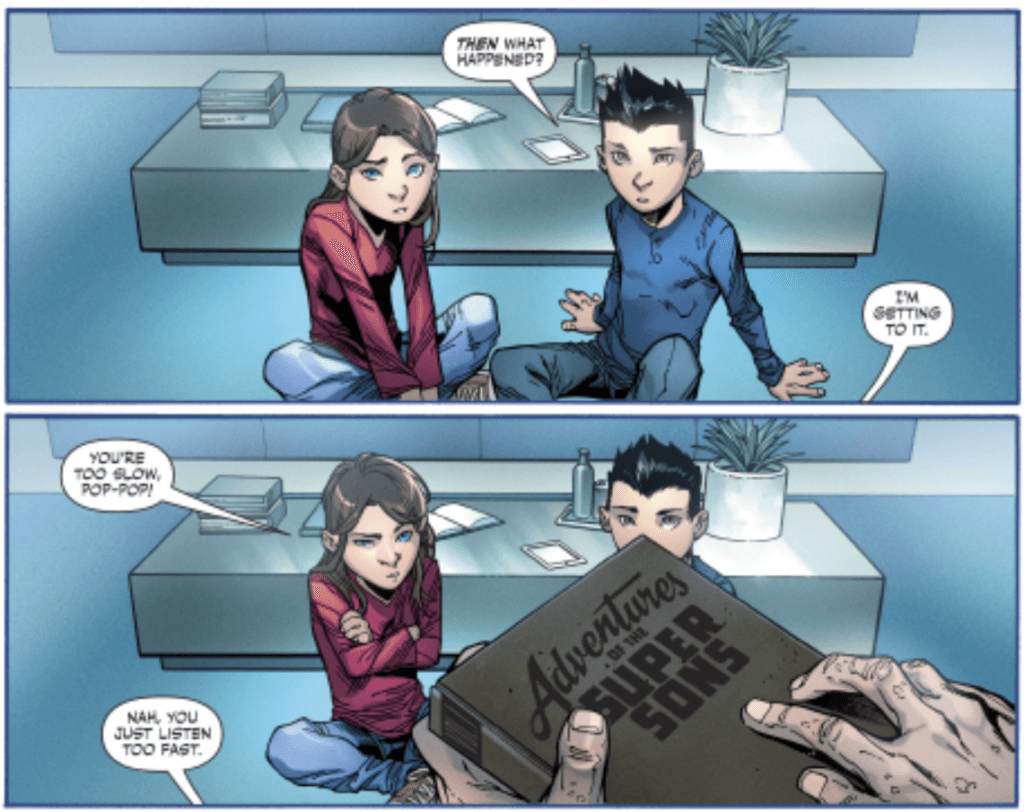 Tomasi opens the issue with a unique frame of two unnamed youngsters and an old man who could be Clark or Bruce or some other member of the Bat Clan or Superfamily. We then quickly switch back to the conclusion of Superboy and Robin defeating Kid Amazo for the second time. Barberi and Peeples do an incredibly job of making this iteration of Kid Amazo much more terrifying than his previous iteration, with hardlines, ominous glows, and cybernetic chains holding the Justice League hostage. They also do an equally excellent job at drawing my two favorite boys with their signatures smirks and scowls and dynamic action shots. 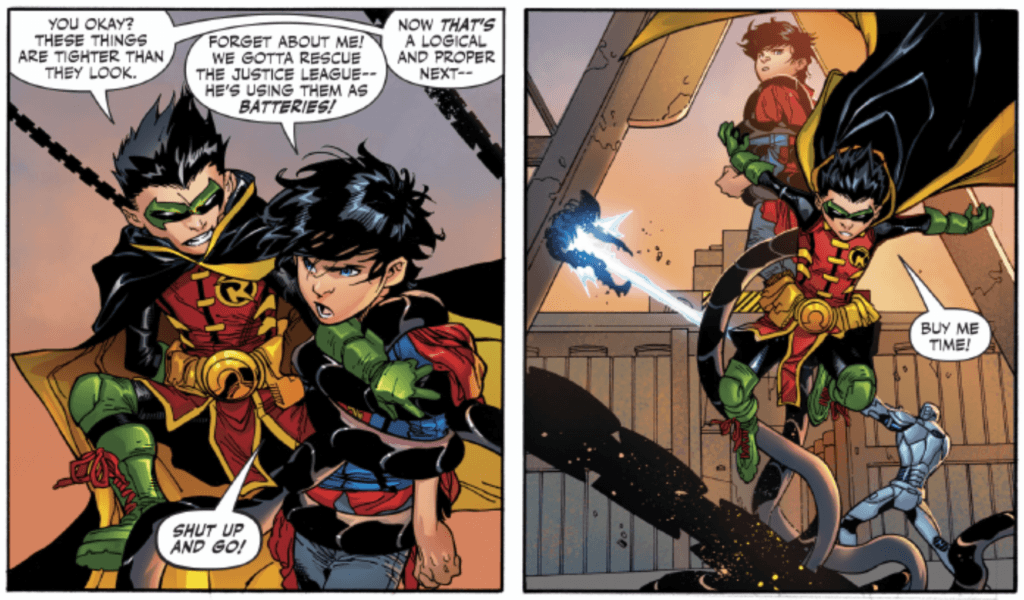 There is a certain “Final Exam” feel to the issue, appropriate for the end of the series, as Damian and Jonathan willingly put their faith in one another in order to complete the arduous task of saving the day. While I wouldn’t go so far to say that this really is the end of innocence for the duo, it’s certainly a tribute to how much the characters have matured since their first sparring matches.

The World’s Soon-to-Be Finest are very much their fathers’ sons. Tomasi has written them so brilliantly that it’s clear that while they still have plenty of growing up to do, they are on the right trajectory to surpass the cape and cowl before long. There are plenty of winks and nudges to the fans, and there is a peculiar type of triumph that’ll make you smile when you get to the end.