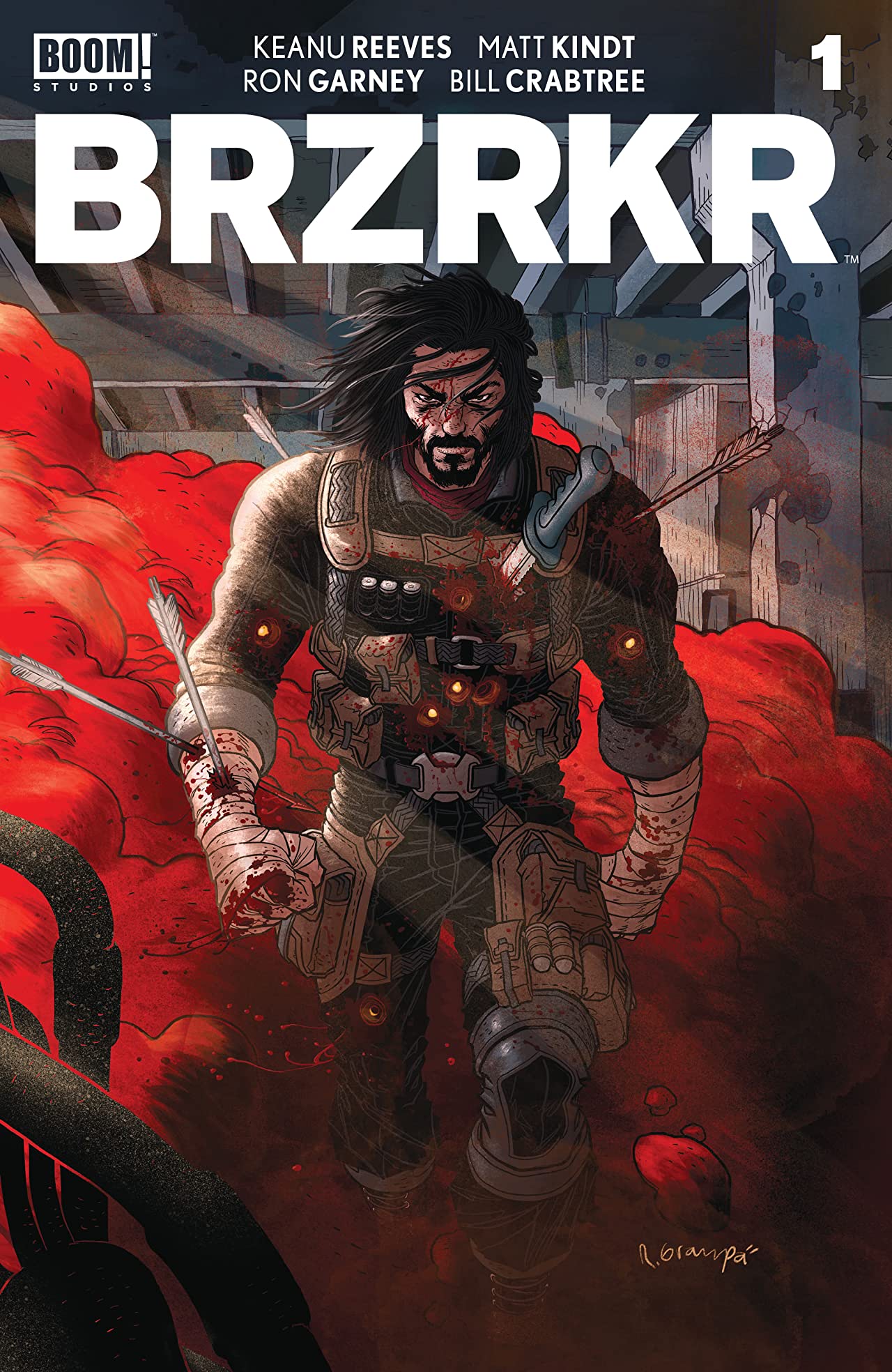 One of the most highly anticipated comic titles of 2021, BRZRKR has captured many people’s attentions given that one of the writers is none other than the man, the myth, the legend himself: Keanu Reeves. This is a story from the star of John Wick, The Matrix, and many, many properties and you can immediately tell that all of his experiences as a action film star (and as a human) have come into play for this story.

BRZRKR follows the exploits and endeavors of a half-mortal/half-God known only as Berzerker. The structure of the narrative shares some trope DNA with characters like Wolverine and stories like The Old Guard, which again makes perfect sense given the action-oriented premises. BRZRKR is a kinetic story that starts with Garney and Crabtree setting a somber tone with Berzerker sulking in the rain before flashing to the present with a high-octane, bloody action sequence that wouldn’t be out of place of in a typical Keanu Reeves vehicle. However, BRZRKR takes advantages of its fantastic artistry team to make iconic frames into iconic panels as well as capturing Reeves’ likeness perfectly.

And yet even as the pages illustrate violent panels, there is a notable level of self-reflection and the monologue that co-writers Reeves and Kindt do speak to something a little more poignant. Without going into too much detail, Berzerker is a character driven and haunted by loss. This a character who has been around an unfathomable number of years and seen the rise and fall of civilizations. This is a character who only wants to find peace after enduring God only knows what. This is someone who wants to understand what he is and, after solving that mystery, he wants to rest. It’s not revolutionary, but it does sit with you in a good way.

I’m invested in seeing how the story and thematic development over time, because I see a lot of interesting opportunity to look into grief and mixed raced identity: topics that Reeves is very well versed in.

If you want more Keanu Reeves content in your life, this is it. You can feel Reeves’ signature energy bolstered by the rest of the creative team and you can tell that everyone had a blast bringing this larger than life character to life. I’m not overtly enthused about this particular archetype or character (especially since this errs a little more to the violent than introspection side), but with this iteration I am intrigued and I think it’s a well-constructed comic that’s worth looking into.