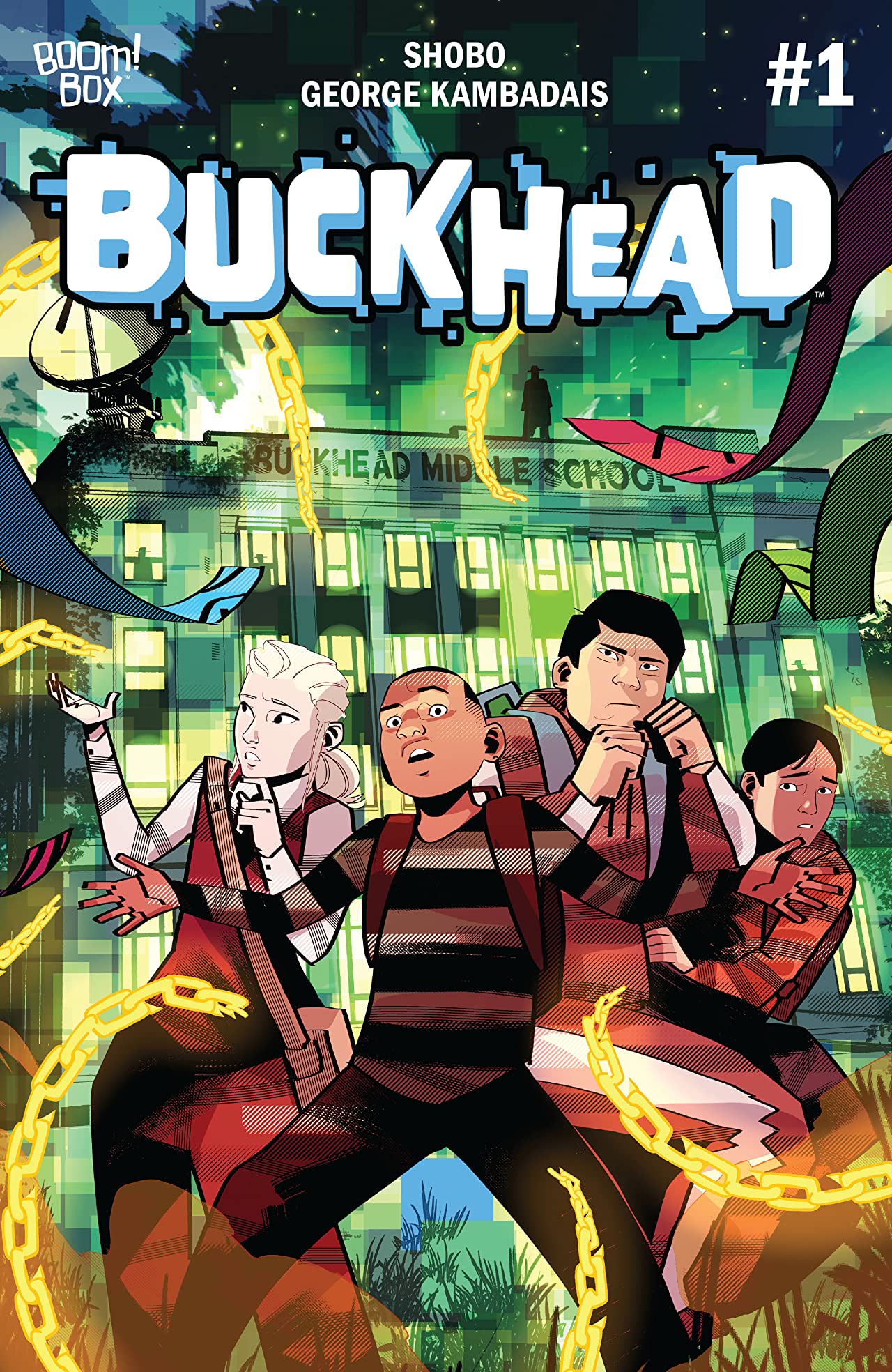 It’s unsurprising that many adventuring protagonists have missing parents largely because their parents are adventurers in their own right. However, the formula works for a reason, and Toba (pronounced Toh-ba, not Tow-ba) Adekunle is the latest teenage protagonist who just moved into town after his father mysteriously disappeared.

Buckhead takes its name after the small town Toba and his mother have moved to and, also in the tradition of many a youth protagonist, it’s his first day at school. Right off jump in Buckhead #1, Shobo manages to make Toba a relatable teen between the “Not Interested” shirt and propensity for modding and encapsulating the very specific, yet somehow universal, experience of explaining how to pronounce his name. It’s a very familiar archetype of character, but alongside Kambadais’s animated portrayal of the character, it lets Toba endear himself to the audience.

Truly, the most exciting thing about Buckhead is the setting. Despite a being a small town in the Pacific Northwest, there’s a lot of interesting visual cues about the true nature of the locale that Shobo cleverly dances around with his exposition. The environmental effects and small detailing that Kambadais imparts leave a lasting impression, and Shobo’s dialog lets us navigate through the suburb at a brisk pace.

With the cold open of Buckhead #1 giving a brief glimpse into the true premise of the story, Buckhead‘s narrative through-line does not appear until the final act of the first issue. However, the journey to get there was still enjoyable, and it’s a salient hook that definitely piqued my interest.

As the lines between reality and simulation start to blur in Buckhead, all I can say is that the second issue has a strong foundation to do some really cool things with the Afrofuturist elements, and I’ll be along for the playthrough.