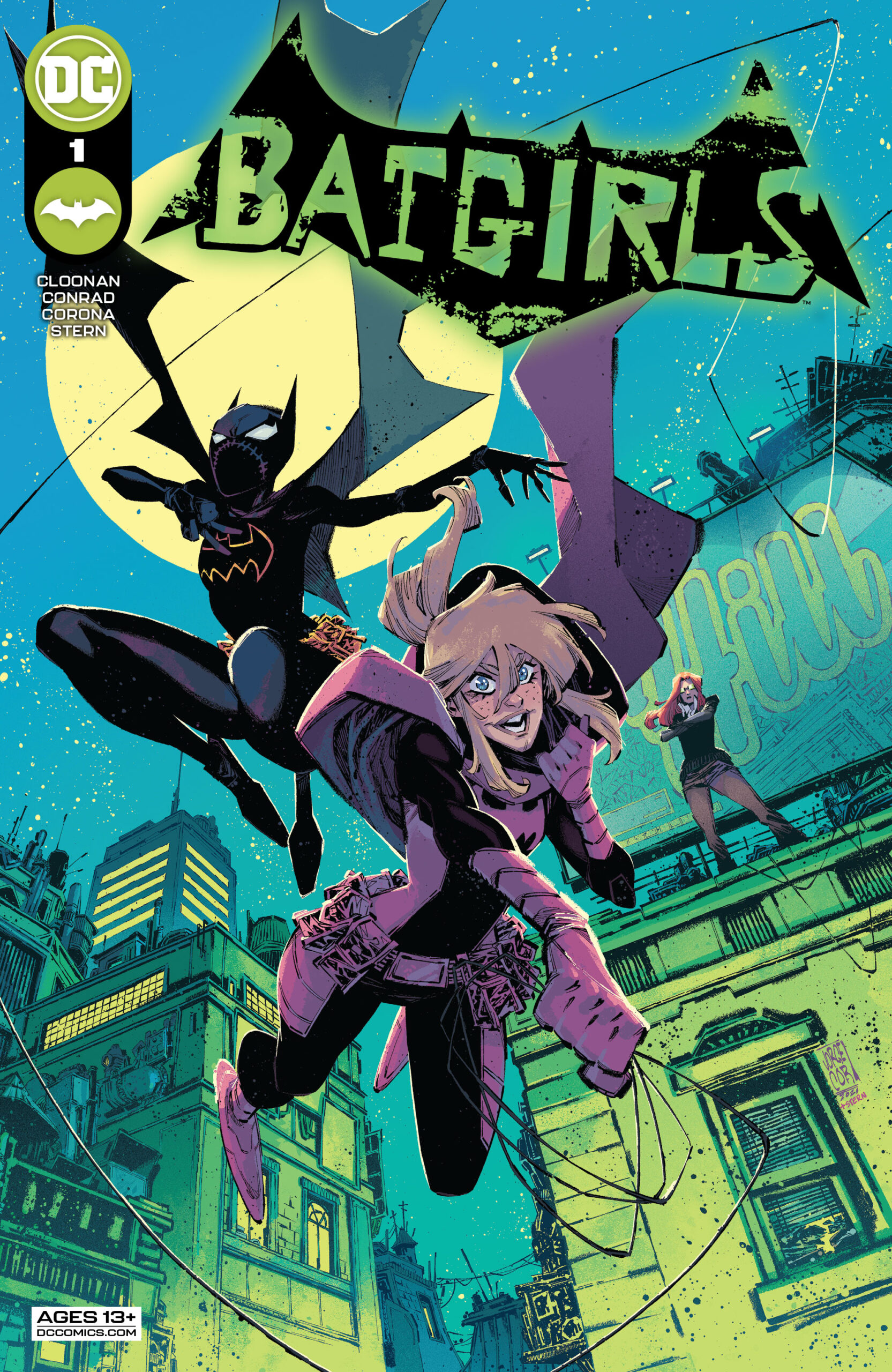 Batgirls is here, and it features Batgirl, Batgirl, and Batgirl. Or better known to their fans as Barbara Gordon, Cassandra Cain, and Stephanie Brown. This series, which had a backdoor introduction in Batman: Fear State, follows the trio as they move across Gotham to an area called “The Hill,” where they plan to hunker down and search for the new villain Seer, who’s basically a dark version of Oracle.

Batgirls #1 was a lot of fun. It had a lot of weight to carry in its setup, but it does a good job of establishing the dynamics of the book and setting up the world. It may feature three Batgirls, but they couldn’t be more different from each other. Stephanie Brown is a little carefree, Cassandra Cain is a little dark and mysterious, and Barbera Gordan is a little too responsible. Together, they balance each other out.

I also like that Barbera is taking a leadership role. It’s the most logical thing for her to do as she’s the oldest and most experienced Batgirl of them all, but it’s still fun to see it fully realized.

I really like the art in this book. It’s stylized in a way where it fits the lighthearted tone of Cloonan and Conrad’s story while leaving room for some gritty action when it’s needed. It’s got a style that really sets it apart from other Bat-centric books, which is a necessity when there are so many of them on the shelves.

My absolute favorite thing about this book so far is its colors. You don’t typically associate an abundance of color with a book set in Gotham, but Sarah Stern is on a mission to change that. While it’s set in a broody atmosphere, Stern does a wonderful job making greens, blues, pinks, and yellows pop in a beautiful and sharp way. You’ll leave this book wanting to book a trip to the city, only to come back to your senses and realize you’ll probably be mugged before you even leave the plane.

Batgirls #1 is a fun entry into a lighter side of Gotham with some of the city’s most balanced heroes both in fighting and personality. If you like lots of action with some laughter mixed in, or if you’re just a huge Batgirl stan, this is a book you’re gonna want to check out.