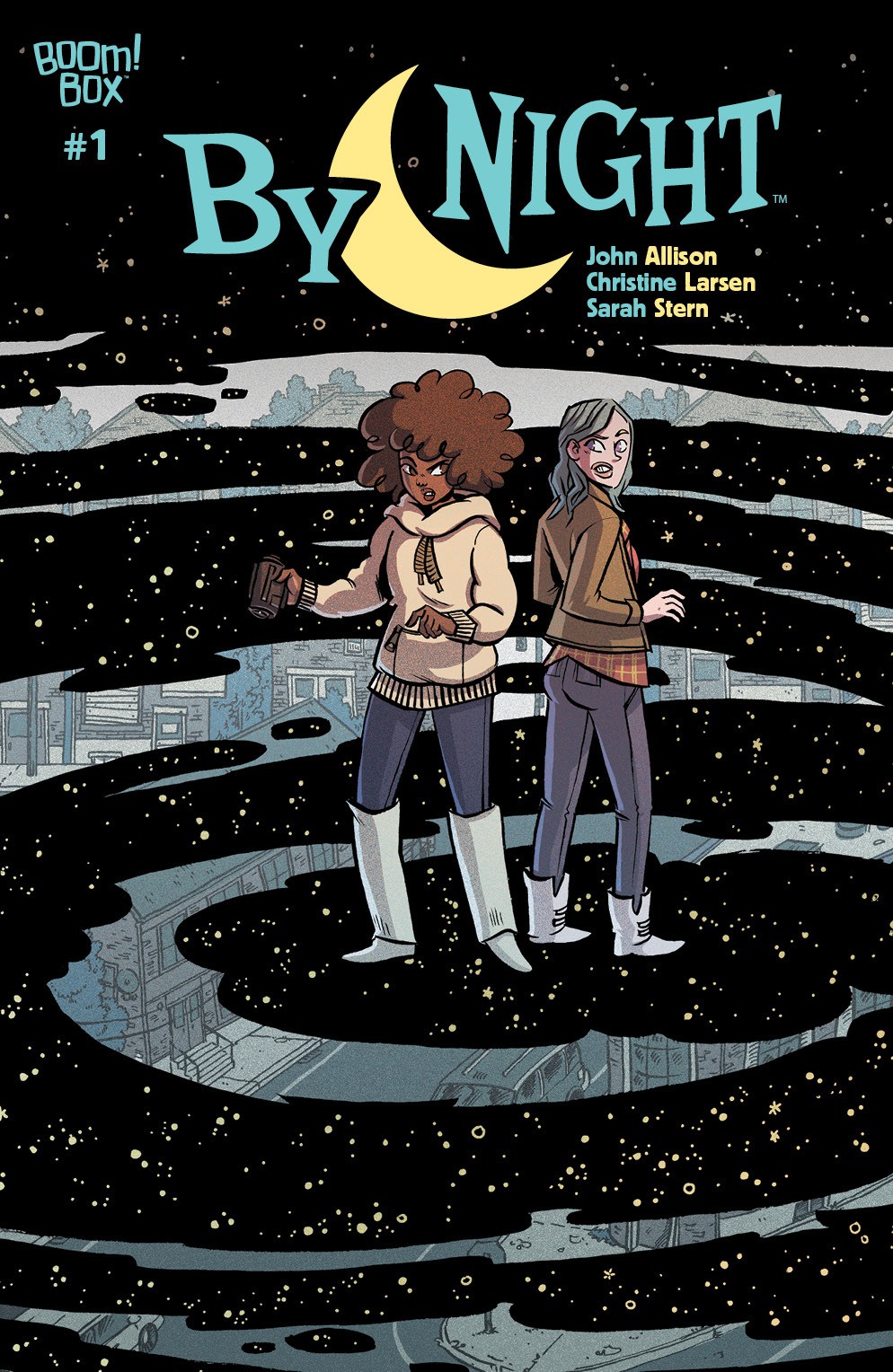 By Night is finally here! We’ve been waiting for it after getting a sneak peak of the new mini series! Ever seen a video game with graphics so trippy you’re sure it will haunt you in your dreams? That’s the kind of visuals the “By Night” team is giving me, and it is messing me up! Upon first glance, the strokes and colors gave me Lavender Town music vibes. I started reading everyone’s voice in this tender yet mysterious tone that could only be executed by Edward Scissorhands. If this was the goal, it was produced well because I was amazed at the consistency.

I walked into this comic expecting lovable characters with dark humor and a cluttered past. Instead, “By Night” left me in awe of the complexities of language and artistic expression. I experienced different textures through small meaningful strokes. Each panel was filled with new perspectives and visuals that were simplistic yet solid. 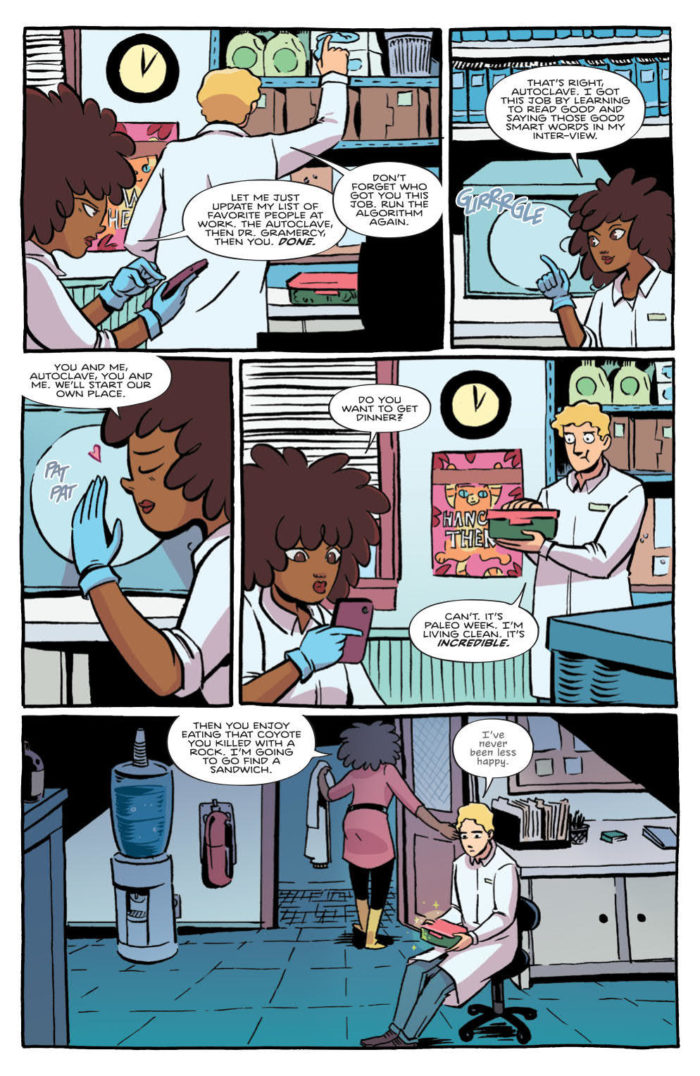 With that being said, I believe that the storytelling fell shortly behind the artistry. There were times where I was trying to figure out the intent of the characters. I accept that the first issue is here to introduce character intention and the background of the mystery. At times I was trying hard to figure out these intentions that I got lost in the process. On the other hand, I enjoyed that the voices were consistent. The writer uses the mystery behind the characters in order to push forward their voice. Their reactions were consistent to the situation at hand and they felt like genuine human beings I might have known in my past life. I believe that implementing an ease in transition through the text might be necessary in order to make it a bit easier to follow along. 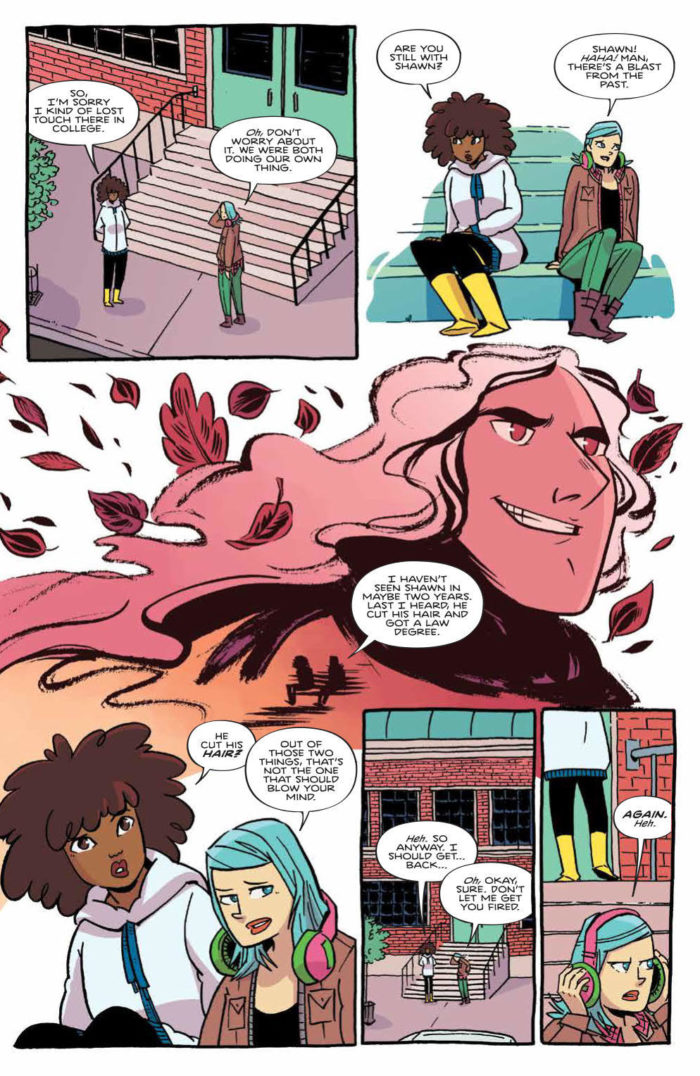 Outside of the storytelling, I appreciated the humor. It was dark and hidden at moments and I appreciated the subtlety. The dialogue was sneaky and snappy. It is sure to bring out a couple of chuckles during a re-read. When I finished the comic, I went back to see if there were any knee-slappers I missed. I cant wait to see what our duo unleashes.