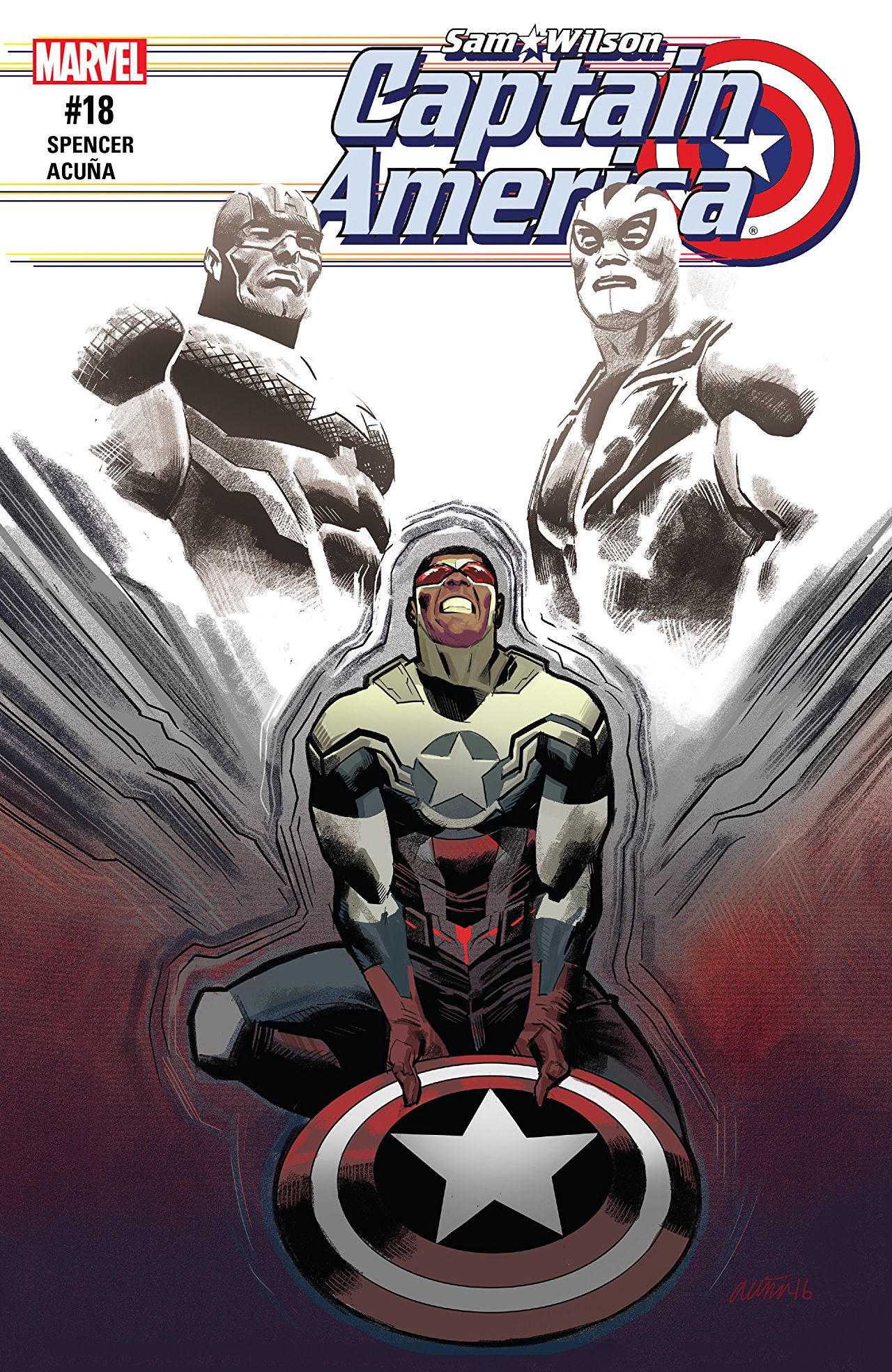 News Flash: Being Black in America is often emotionally draining. As a people, we’re often forced to collectively grieve over tragedies that disproportionately affect us. For decades, police violence has been one of them, which has been brought back into the spotlight in recent years. Captain America: Sam Wilson #18 explores that pain and the many people it touches. 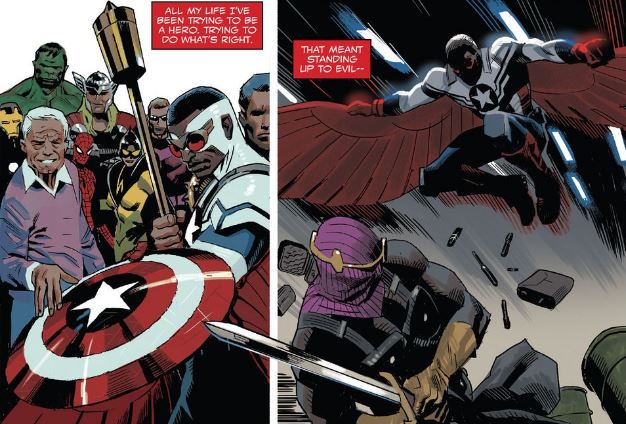 In the closing pages of issue #17, Rage, a character who’s practically the human embodiment of Black discontent towards the establishment was arrested after stopping a robbery while the real culprits fled. Calling back to a powerful moment from earlier in the series, Sam Wilson makes his way to the police station in an attempt to bail him out.

The Americops, a privatized police force with the backing of extreme right wing moneybags, have been a constant threat for much of this series. They’ve been harassing people of color ever since their introduction, which is how Rage and Sam Wilson got involved. But the actions of the militaristic police organization have clearly escalated after they used their power to beat Rage bloody in an empty sidewalk when they thought no one was looking.

Fortunately, Sam’s newest upgrade which allows him to use all of the birds in the city a a surveillance system comes with a backup database where he can look over the footage of what happened after Rage was arrested. While readers never get to see it, the tears in Sam’s eyes as he watches paint a clear picture of what transpired.

The rest of the issue explores a debate that’s played out in real life countless times. When these tragic instances of police violence against people of color are caught on film, what’s the appropriate next step? Revealing the brutal incident with the public, allowing them to decide what to do for themselves? Or burying to avoid the risk of public outcry? The constant stream of videos showing black people being injured or killed by police has taken a lot out of the community, both in the series and real life. Eventually, one can’t look at anymore.

Sam makes his decision with time. But only after stopping to seek advice from his mentor, his brother, local politicians, his peers and even God. Many of whom understand the difficult decision he had before him. Issue #19 will likely feature the results of his choice.

While it may have some moments worthy of a raised eyebrow or two, Captain America: Sam Wilson has become a great jumping-off point to learn more about the experiences of people of color. Which many comic book readers have shown they could benefit from having.