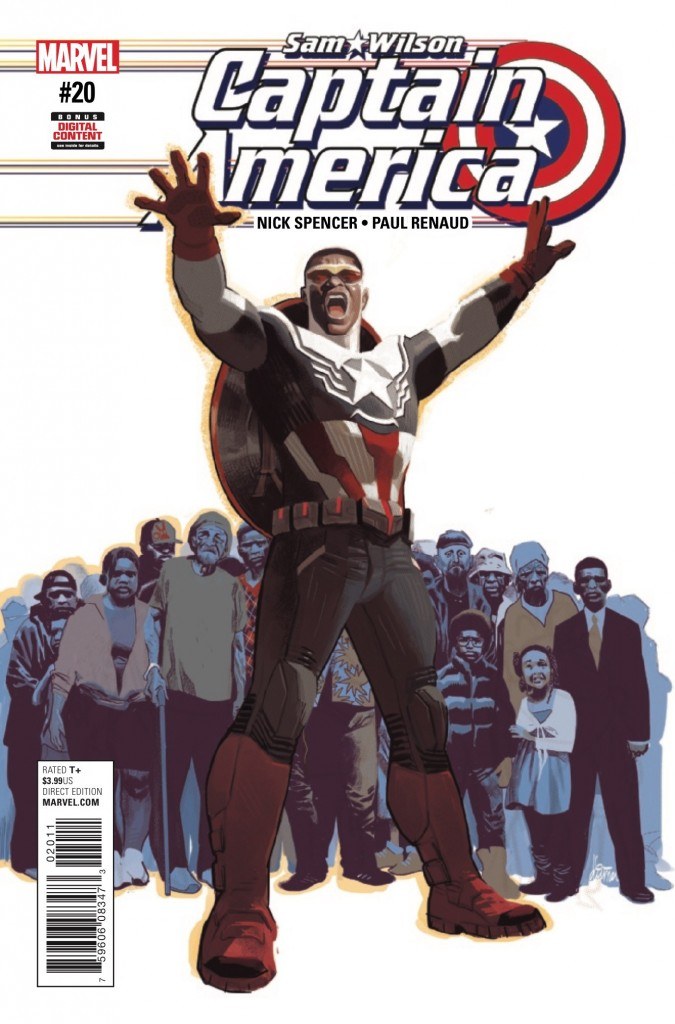 Again, we find Sam Wilson sitting in a hallway with his head hanging low as he bears the weight of his life.

If anyone doesn’t like Nick Spencer’s run of Captain America: Sam Wilson, it’s because of his politics and has nothing to do with the quality of the storytelling itself. A lot of comic book readers have expressed that they want politics to stay out of their comics. On the other hand, a lot of us deal with politics in our everyday lives, whether or not we like to admit it, and enjoy seeing a story in comics that reflects that.

After a failure of the justice system knocked the wind out of Wilson, he’s left trying to piece his life back together. To get some help, he turns to the system [again? Yes, again], the people and even the church.

In issue #20, Sam finds that he has to make some uncomfortable compromises. The people are furious after Rage was unfairly convicted of a crime everyone knows he didn’t commit and they’re filling the streets as a result. They’re likely to be pushed even further over the edge once they find out about his fate after being transported to a prison full of super villains.

The issue calls back to some of the most memorable quotables from the uprisings in places like Ferguson and Baltimore following instances of police officers killing black people. The pleads to the “small number” of people who rioted and looted properties during protests were the most familiar. I don’t personally believe that Marvel would publish a Captain America series where the title character openly condones rioting. So I won’t fault anyone for that.

Politically, I could tell you that publicly condemning the “small number” of rioters and looters during a protest only further criminalizes the movement. I could tell you that it’s ass-backwards to yell at a teenager for slamming their bedroom door, comparing them to their “appropriate” cousins and telling them to ignore the ever-present reason they were angry in the first place. 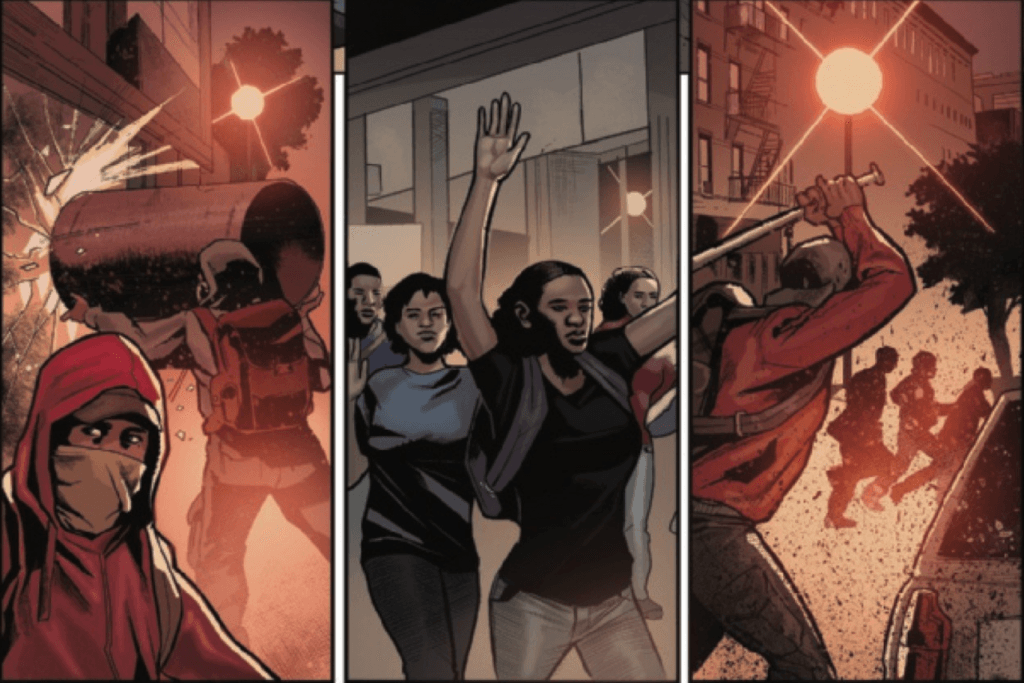 There have been a couple eyebrow-raising moments in Nick Spencer’s run of this series but they mostly have to do with Sam upholding respectability politics and not being nearly as revolutionary as he thinks he is. But, again, this is a complaint about the series’ politics, which couldn’t possibly please everyone and not the storytelling. As far as the story goes, it’s progressing just as it needs to, especially for a comic where the main villain is society and not some masked, narcissistic millionaire.