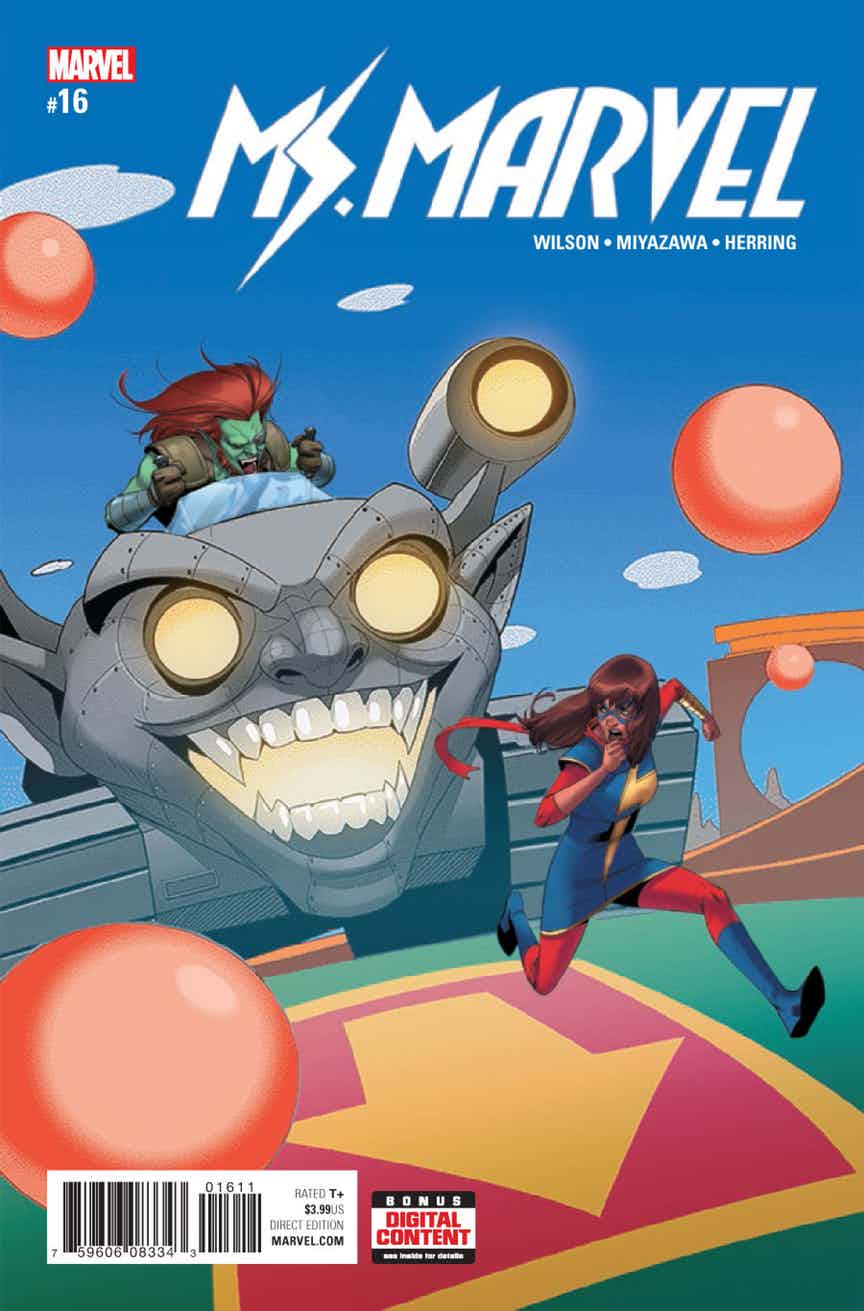 And now we have some answers! This Ms. Marvel arc has become a for-real mystery as the villain slowly revealed itself, and its plans. So now we know:

1) Doc.X was invented by a tech brochacho deep in the coding cube farm of Battlecraft Studios. He has nothing but contempt for his players, and the denizens of the internet in general (for good reason, we’re awful at least 50% of the time). But do we deserve this?

2) Doc.X is willing to not only blackmail Kamala by threatening to reveal her secret identity but also to continue ruining the lives of her friends by sharing their secrets… particularly Zoe’s kinda-secret love for Nakia.

Oh Snap. It has all gotten really, really real. 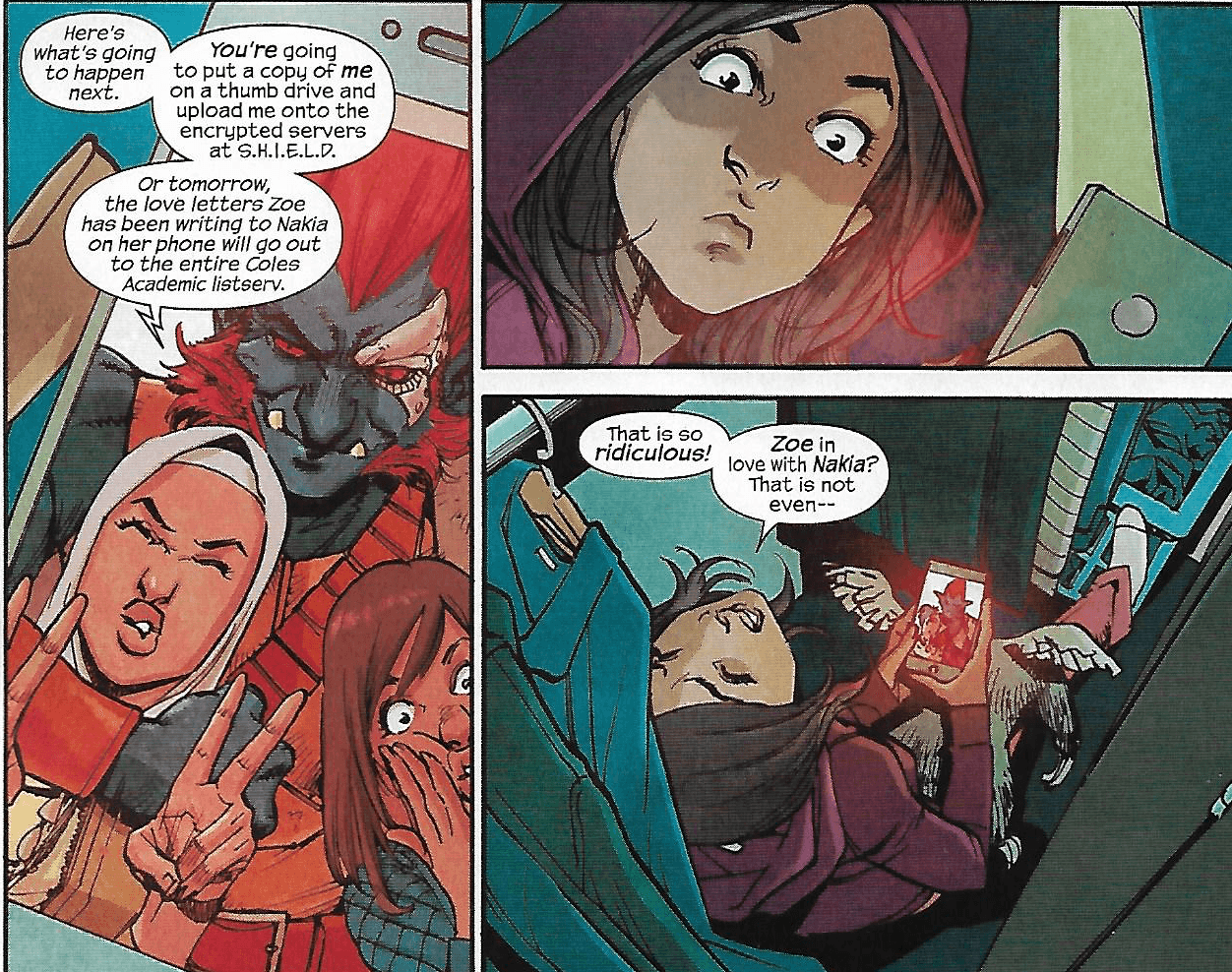 Cue a great cameo from Coulson and the Triskelion, then Kamala coming to her senses and realizing that the only way to beat a blackmailer is to out the secret first. No reason to be afraid of the truth, right?

This all leads to one of Wilson’s signature touching moments, those pauses in the Ms. Marvel madness where the un-powered characters do amazing, touching, magical things. I’m not going to talk you through the details, but the relationship between Zoe and Nakia is lovely, and developing, and gave me all kinds of teenage feels.

Finally, as this is a tech problem, you and I both know who Kamala calls over at Golden City Polytechnic in Birnin Zana, Wakanda. This still hasn’t led to a Black Panther cameo, but I can keep hoping, right?

Now everything is set for a final issue in the arc, which I’m sure Kamala will survive through a combination of embiggening and heart. But more heart than anything else. This comic just continues to win and make me feel good doing it.