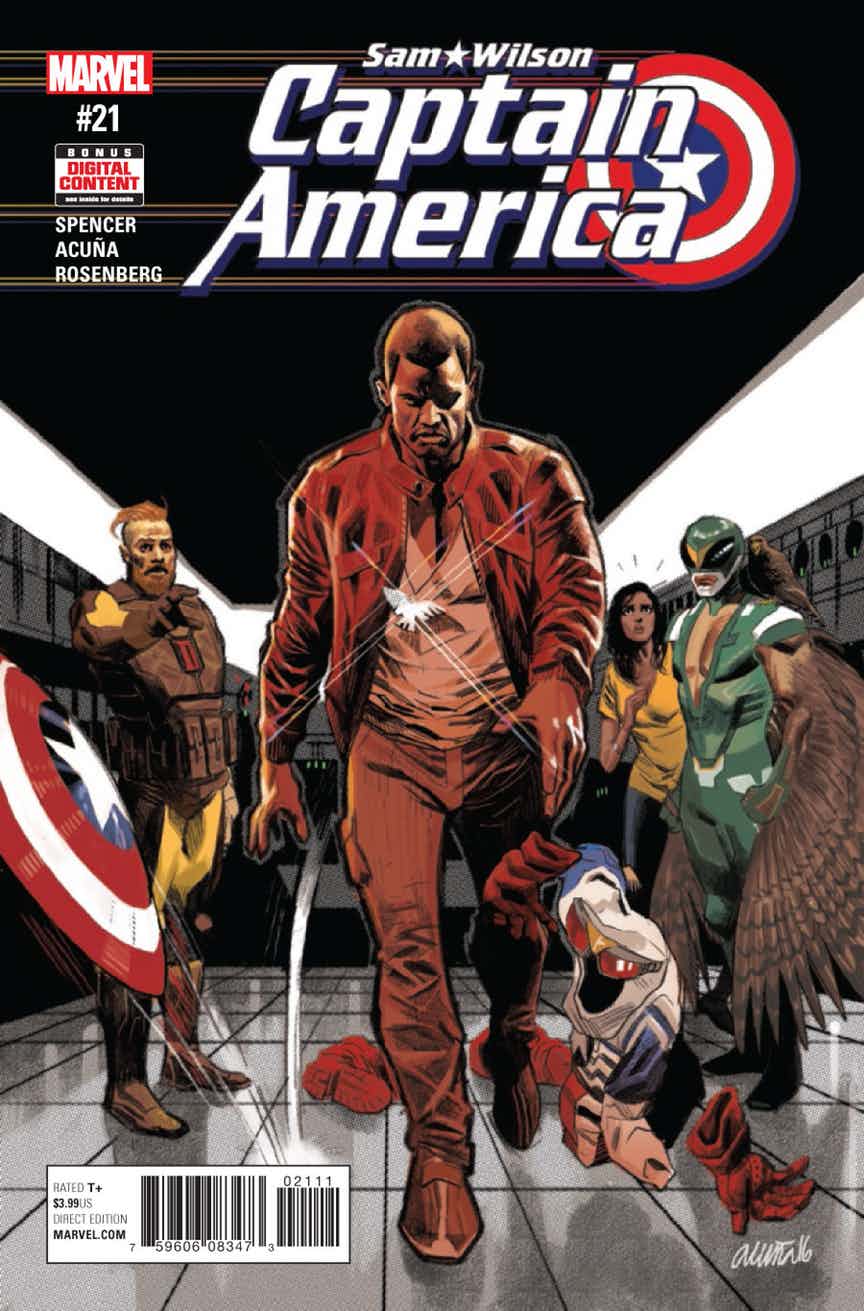 It finally happened, folks. Sam Wilson gave back the shield. And despite writing an entire piece about how I didn’t want that exact thing to happen, I get it. Instead of being pushed out of the way to make room for a returning Steve Rogers or backing down due to his own insecurities, he did it as a way to stand on his own.

We’re not worthy of Sam Wilson as Captain America right now. [But don’t you dare think that means we don’t want more of it!] The fans who think diversity is killing comics aren’t worthy. The citizens who continuously make Sam’s life harder while he’s also saving them aren’t worthy. And the country that brought him to a point where he could no longer tolerate wearing its flag for damn sure wasn’t worthy.

During Sam Wilson’s entire run as Captain America, he’s been used as a way to reflect the thoughts that many black people have felt regarding issues they know all too well. Police brutality, a flawed penal system and, now, gentrification, are all welcome parts of the Sam-Cap story. Issue #21 continues that trend as the pieces of Steve Rogers’ secret chess match begin to fall.

Sam’s had to put up with a lot during his time as Captain America. Much more than he should have. Fortunately, he’d made a lot of friendships and whateverships – here’s looking at you Misty – to support him. Unfortunately, those same relationships being damaged are ultimately what pushed him to make his decision.

The issue feels like a final chapter for what readers have been experiencing for 21 issues now. However, Sam’s not going anywhere by the looks of the next issue’s cover. Hopefully, he returns to being Captain America after tending to his personal matters. Not only is it worthwhile to say that my Captain America is black, but he’s slowly become one of my personal favorite fictional characters in all mediums. If he doesn’t, I’m sure there’s plenty of great things in his future.

From a storytelling perspective, Nick Spencer, Daniel Acuna and everyone who ever had anything to do with Captain America: Sam Wilson deserve all of the awards on their mantle for their work thus far. Like everything else created by mortals, the title isn’t perfect. But it’s best moments put other titles to shame.