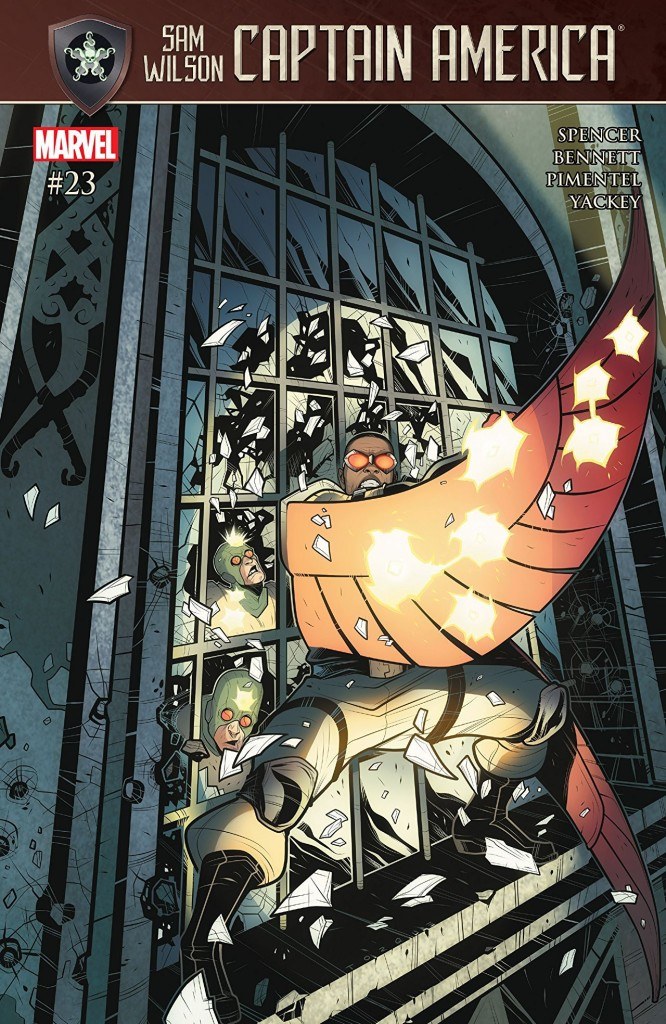 Disclaimer: I’m not reading Secret Empire. So, I feel like I’m missing some very important information for this issue of Captain America: Sam Wilson. How long has Ultron been part human? How long have Quicksilver and Hercules been a part of the crew [not the crew, by the way. R.I.P.]? What the hell happened in Las Vegas?

Regardless, I’ll review this issue as a single story independently of the giant cluster-bang I hear Secret Empire is. Which is admittedly difficult.

It’s funny how things come full circle. When Nick Spencer’s run on Captain America: Sam Wilson started, the character came under fire for defending people crossing the border from Mexico. Now, more than 20 issues later, Sam’s on the other side of that experience. He’s doing all he can to help Inhumans and their families cross the border into Canada to avoid being kept in “holding centers.”

Sam’s mistreatment as Captain America has made him somewhat jaded. He had a target on his back the second he picked up the shield and took more than his fair share of fire because of it. So he tried to run away from it all, even the things he rather enjoyed – like official girlfriend Misty Knight. But the hero life isn’t something you can just walk away from. Issue #23 proves that as Sam walks around with a giant Star on his chest. 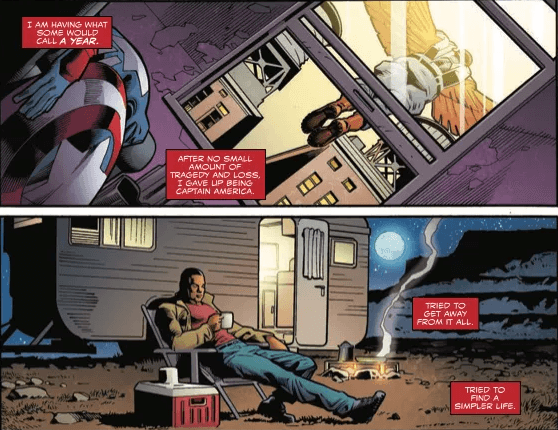 The idea of there being a secret New York City subway that conveniently crosses the border from Montana to Canada is… interesting. If it weren’t for its use being in a comic book I would’ve completely written it off as ridiculous coincidence but crazier things have happened in comics. So I’ll allow it.

Overall, this issue is a side story and doesn’t shy away from that. It’s packed full of characters who otherwise wouldn’t be in Sam Wilson’s story so we get to see how they’d interact with each other. Sam’s basically just chilling on the bench until he either gets called into the game [read: Secret Empire] or moves on to something bigger.