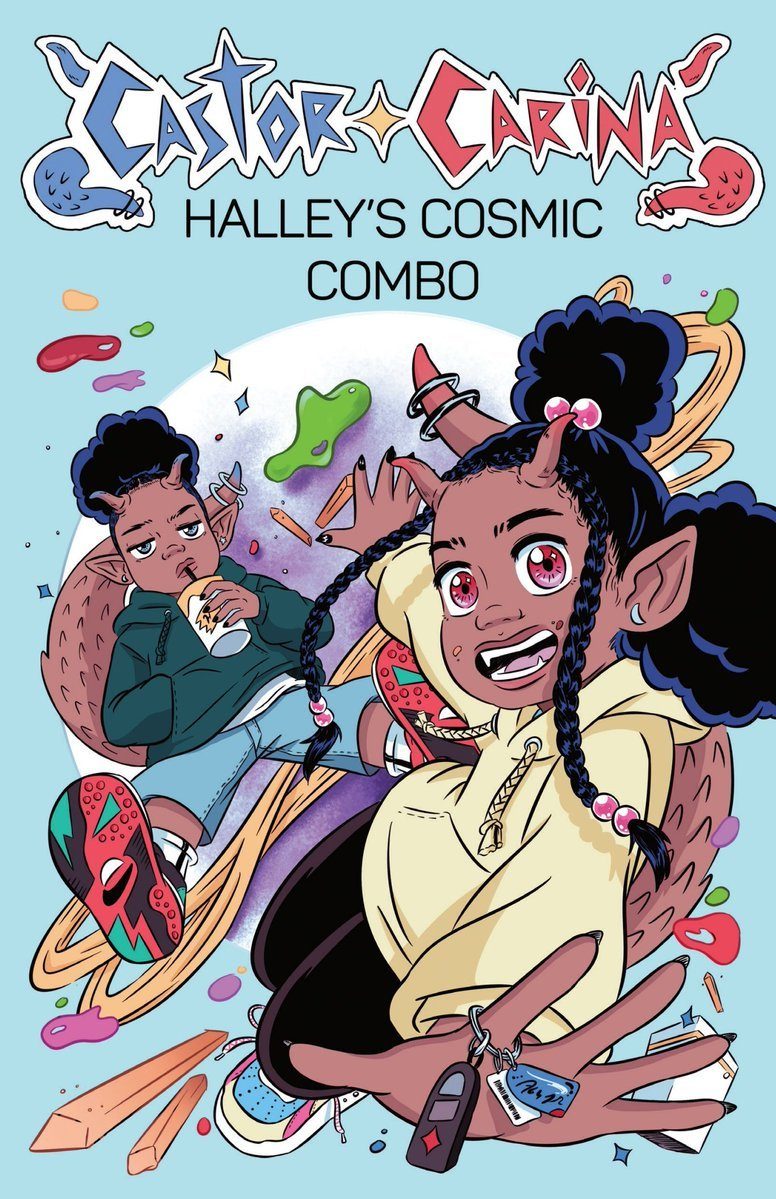 “Halley’s Cosmic Combo is a meal deal good enough to attract denizens from every corner of the galaxy. The catch? It comes once every 75 years…”

When Shannon tweeted that she was debuting this comic at TCAF, I was hyped as I love her work as an illustrator and in truth, I really thought this would be a super cute story.

After finally reading it, I’m not wrong. It IS super cute.

As a lover of comics, I can and do appreciate a story that evolves into several volumes. I appreciate a narrative that develops into months and even years of pages that become a web comic. I’m here for a tale that can be as old as time and be a lengthy ride.

However, I also believe that a single story, a solo dolo adventure, a one shot, when done right can be equally as powerful. Castor & Carina: Halley’s Cosmic Combo is one such of those stories by Shannon Wright.

These two precious children, dragon children, Castor and his twin sister Carina are, if you were trying to measure their excitement, on ten: 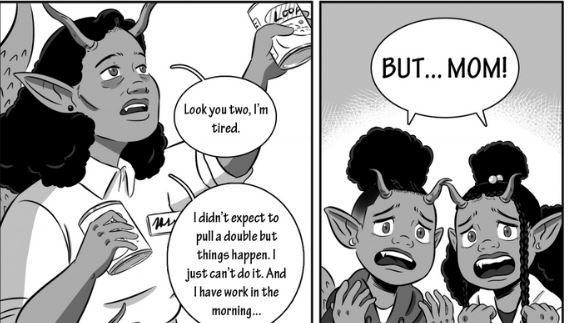 The two get themselves ready, and it’s such a fun ride to read: it is as relatable for those of us who had mommas who worked hard and couldn’t do things we wanted at times but also for those who have siblings–it’s a reminder of the hijinks you into with your siblings when you were young, myself included. I believe the heart of this offering is the quest for adventure, the longing to obtain “the thing,” and the dangers and obstacles they’ll have to get there and get a taste. The fact that they’re going to Halley’s for burgers, which I’m assuming is the In-N-Out of the Galaxy, endears me to them even more.

The story takes some turns and throws us some surprises, but it all comes to a satisfying (and also relatable) ending which made me want to reminiscence on the wild adventures I had with my brothers eons ago and text them. It’s a feel good story with some funny moments about some persistent kids who just want a taste of adventure and have to rely on each other to get it. The comic itself is set in a Black and White toned format which makes Wright’s art stand out more especially with outer space settings. Castor and Carina are obviously adorable characters here, and there’s an emphasis on the small details like the vivid facial expressions and the word bubbles. 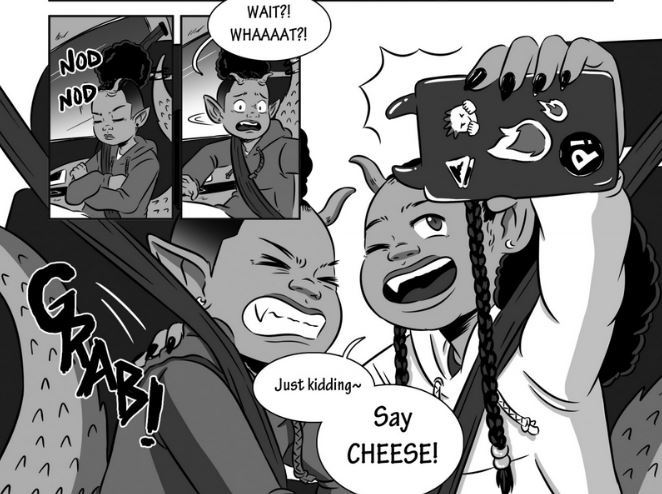 At only 24 pages, this is a fun ride. It’s part slice of life, part sci-fi, part fantasy and just a whole cup of cuteness and brown skinned characters with natural hair, what more could you want? Buy a digital copy of Castor & Carina: Halley’s Cosmic Combo here.

Update: If you’ve loved these two siblings, it looks like they’re getting their own series–more of their adventures in the realm of slice of life and possibly more in space to come!

See more of Wright on her personal website, on Twitter and see more of her comics for sale here on Gumroad.

Hey peeps, my name is Shannon and I’m an illustrator and cartoonist! I’m really into using bold colors & exploring the mundane & fantastical. Oh, and I’m a sucker for fanfiction. #visiblewomen