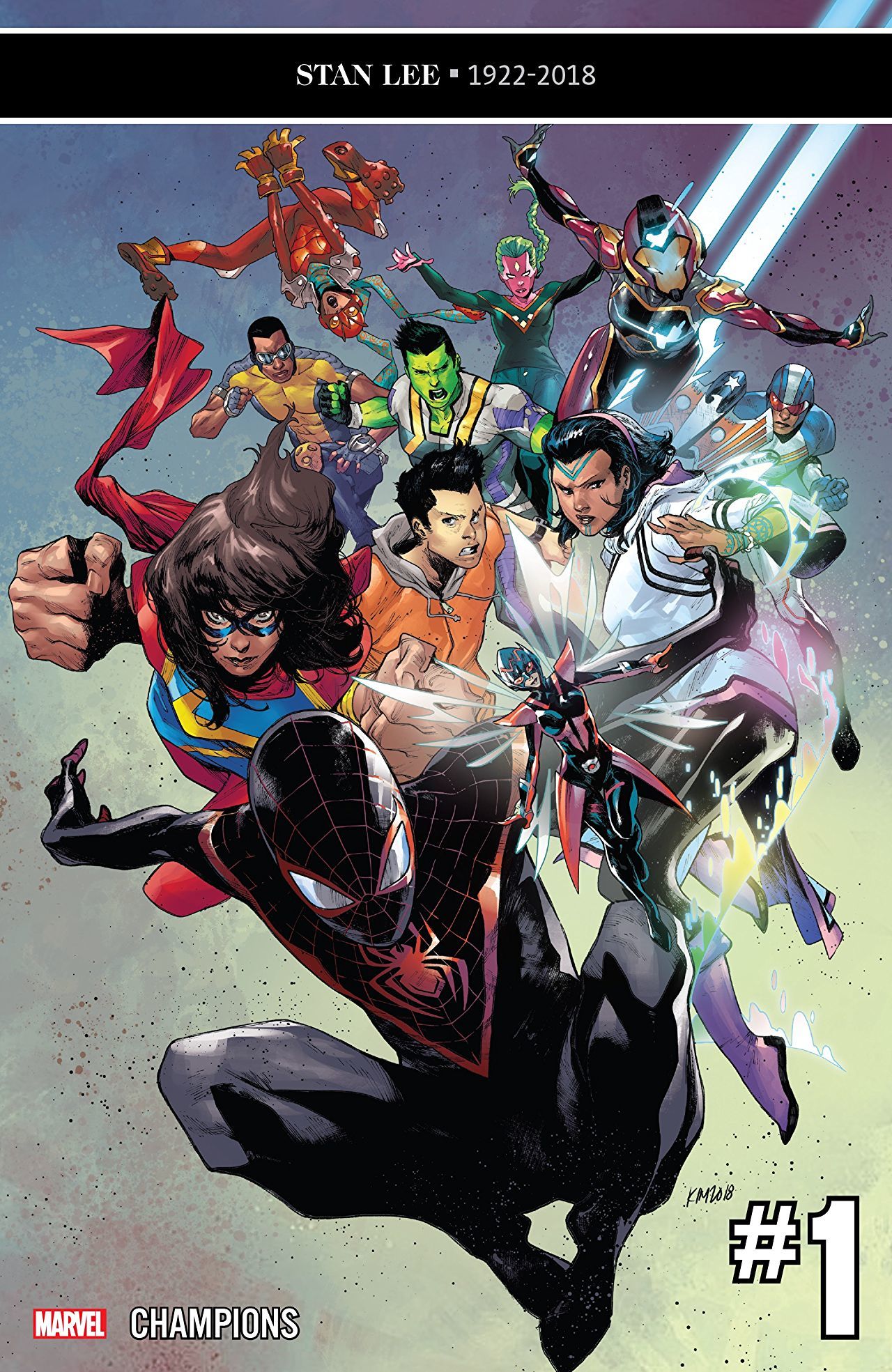 I guess a new year means a new start for the Champions – not that it needed one. Marvel really needs to chill with the whole renumbering thing. Anyway, Jim Zub remains on the track, while Steven Cummings takes on artist duty, challenging themselves to show the impact the team has had over the years.

What this new arc of Champions has given us is a grand start. While I’m usually more fond of the team when the roster is scaled down to its core members, Jim Zub makes a great case for the expanded team. This first issue features damn near every young hero in the Marvel universe and they look like one hell of a well-oiled machine. 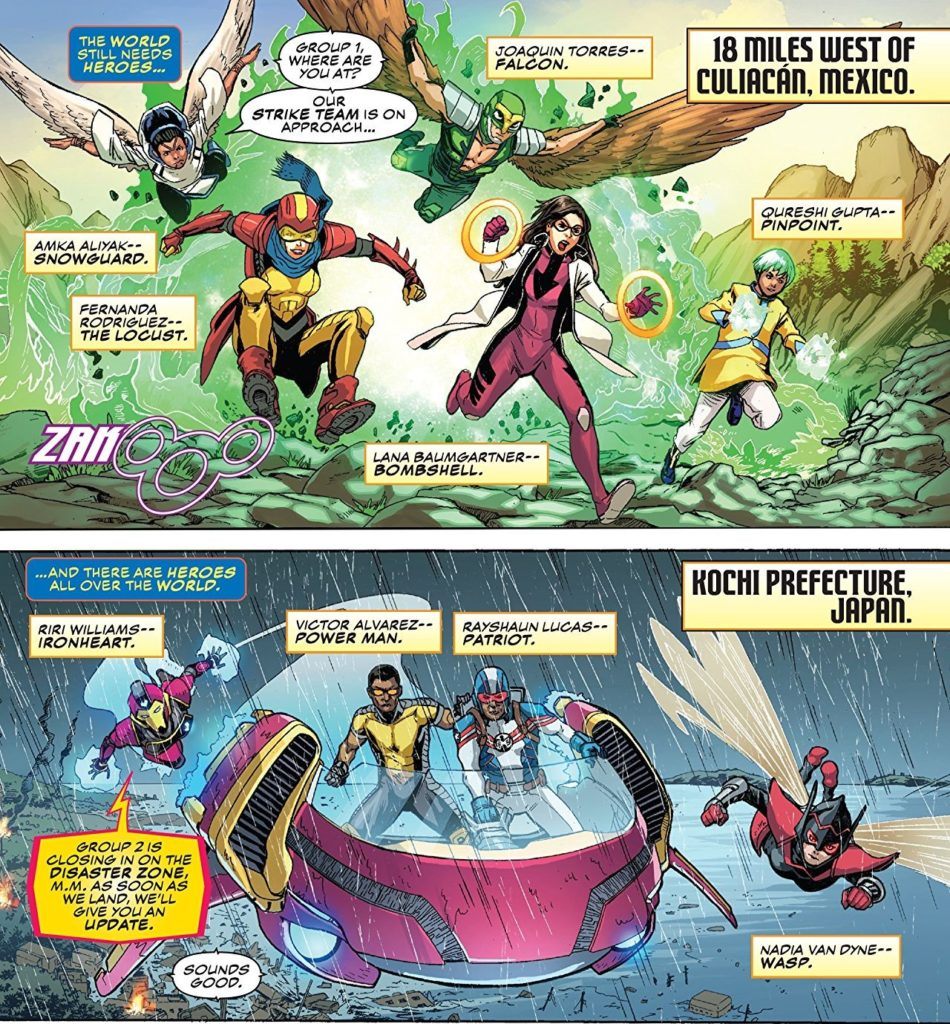 That’s thanks to Jim Zub taking the chance to cement Ms. Marvel as the leader. This is the first time that Kamela’s role on the team has been given the spotlight. The Champions are taking on problems worldwide and looking good doing it. The narrative does a great job of painting Kamela’s emotions as she jumps into this role and takes on the tall task of leading several teams at once. She’s a natural at the leader thing but at the same time, you can tell it’s a heavy weight on her shoulders.

Another impressive aspect of this issue is the balancing work Zub does. He’s working with a lot of characters and personalities and none of them feel underrepresented. Even with the focus on Kamela as the leader, we still get key moments from the OG members of the team. It’s not just Kamela who is going through some stuff and Steven Cummings artwork, especially the way he works with facial expressions, does helps nail down how some of those members are feeling.

While it’s technically a new start for Champions, expect the same quality action and drama from everyone’s favorite team of young heroes. With this issue adding a major Marvel villain to the mix, I’m excited to see where Zub takes the story next.