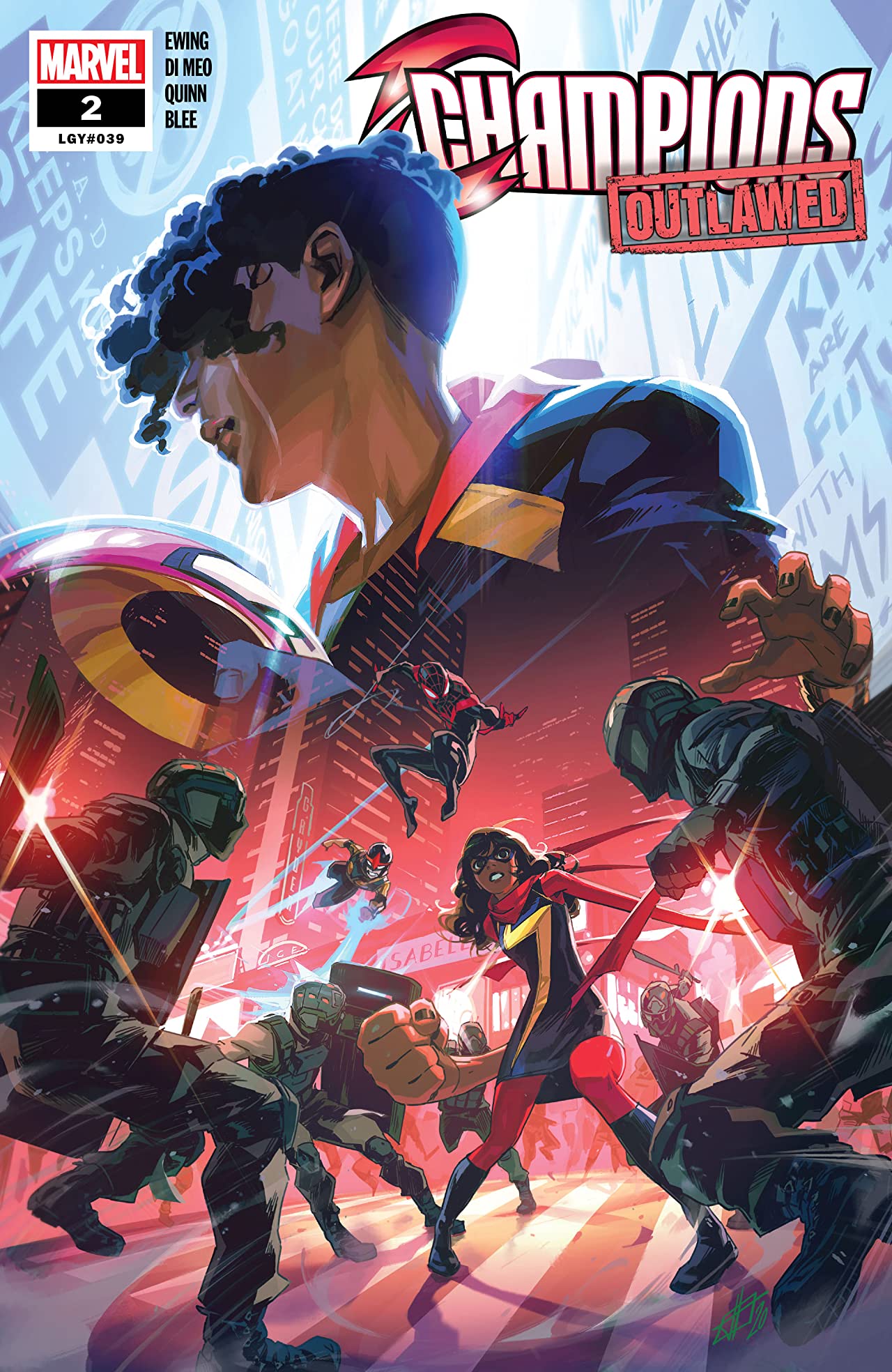 Champions’ new run wears its influences heavily on its sleeve. Mimicking very real-world events like the authoritarian nature of government and police forces, as well as the protests that come in response to these breaches of authority. We often see these movements come from the younger generations and I suppose that’s why it feels like writer Eve Ewing’s ‘Outlawed’ arc works so well.

The first issue of Champions explored the aftermath of Kamela’s law going into effect. Kids are being targeted for associating themselves with the Champions, others stand behind C.R.A.D.L.E., and teen vigilantes are finding it harder to operate as they usually do. At the end, we saw several of our young heroes getting captured by C.R.A.D.L.E. Even worse, Viv is alive and might be selling out her former teammates.

As if they weren’t bad enough, Champions #2 starts to show the true nature of C.R.A.D.L.E. and what it means to violate Kamela’s law. Listen, honestly, if your plan to curb teenage vigilantes involves reeducation camps, you might want to reevaluate who is in the wrong. Add in the kidnapping of teen protesters, mixed in with police brutality, censorship of free speech and boy is this starting to sound familiar.

One of the main aspects of this issue is the complexity of what is right and what is wrong when it comes to teenage superheroes. It makes for a compelling drama as we see teenagers who are against and for Kamela’s Law go head to head. While CRADLE might be using the law to commit deplorable acts, the very issue itself is complicated and as a reader, you’re not sure what the right answer is.

I like how the conflict is being presented between teenagers on both sides, seeing as it affects them the most. As the issues go forward, it will be interesting to see how Ewing explores the resolution to this conflict, especially since it weaves its way into the core group of Champions. It’s also nice to see Riri be elevated as a core character alongside Miles, Kamela, and Sam. Her character feels like she will play a much bigger role down the road.