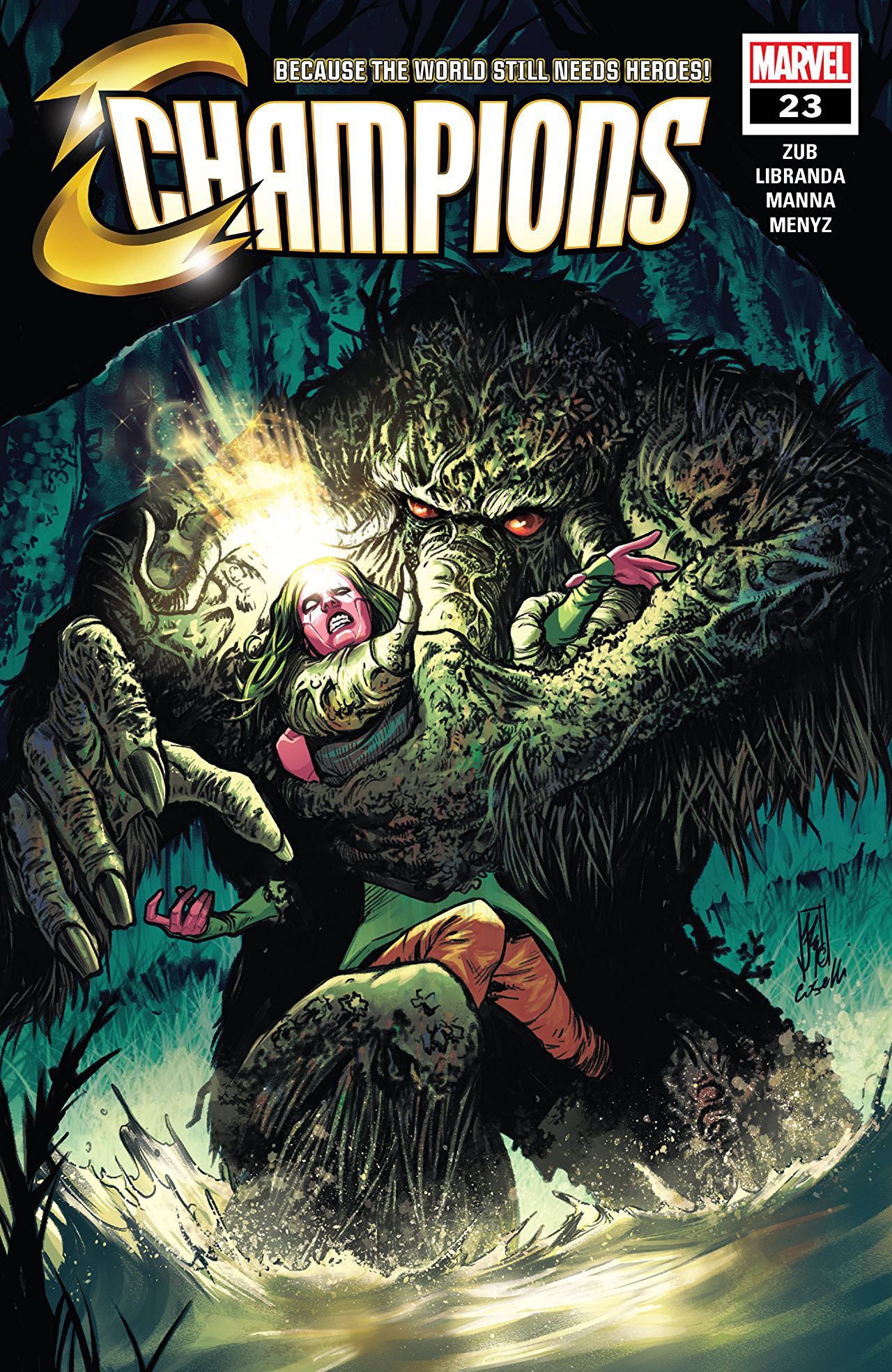 Champions #23 picks up with Viv somewhat comatose and newbie Snowguard taking on the Man-Thing. What this leads to is a vicious brawl between the Champions and the creature with a thing for fear. 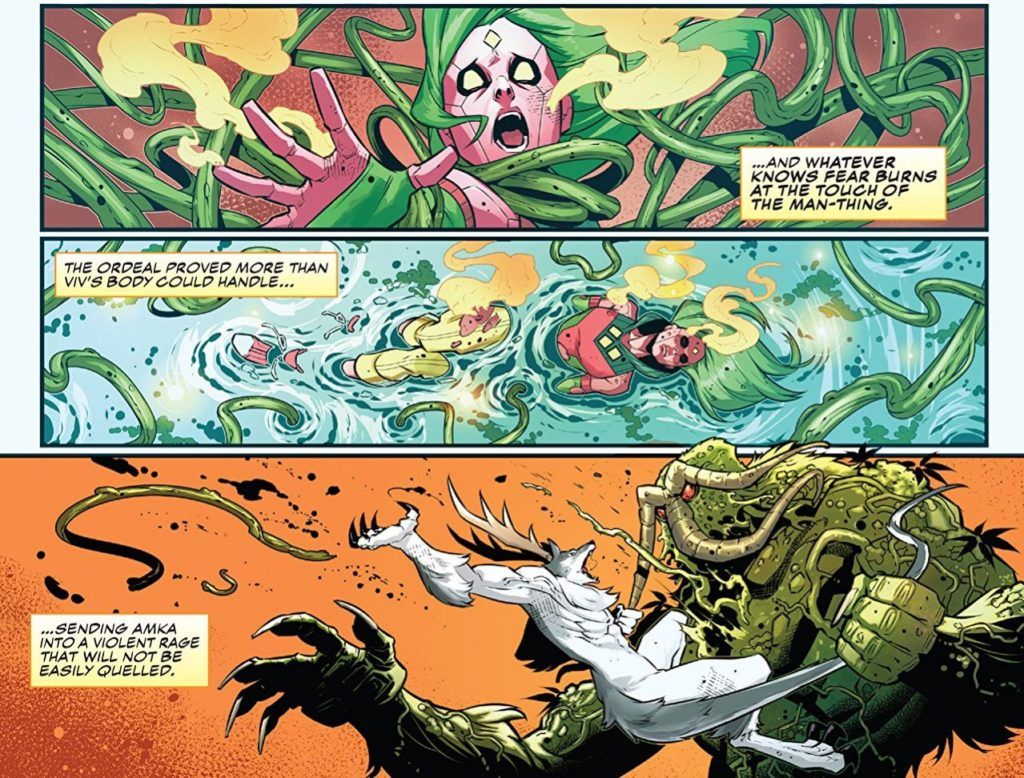 First, kudos to Zub for using the Man-Thing so well. He seamlessly works him into the ongoing narrative thread of Viv dealing with her feelings. When Viv decided to turn off her emotional core, which is the robot equivalent of bottling up your feelings, I knew something was bound to go wrong. With Man-Thing’s penchant for feeding off of fear, the issue finally manifested itself in Viv shutting down. This gives us a chance to see her finally confront her feelings. Zub is definitely doing justice to Viv as a character.

The second part that deserves some praise is Kevin Libranda and Francesco Manna’s artwork. The Champions are usually blessed with some of the best artists and these two are no exception. Clean work, exciting visuals, and action-packed scenes that make reading the book so fun. They are definitely responsible for making the showdown between the team and the Man-Thing feel epic. It’s also always fun to see the attention to detail that they put into each character. 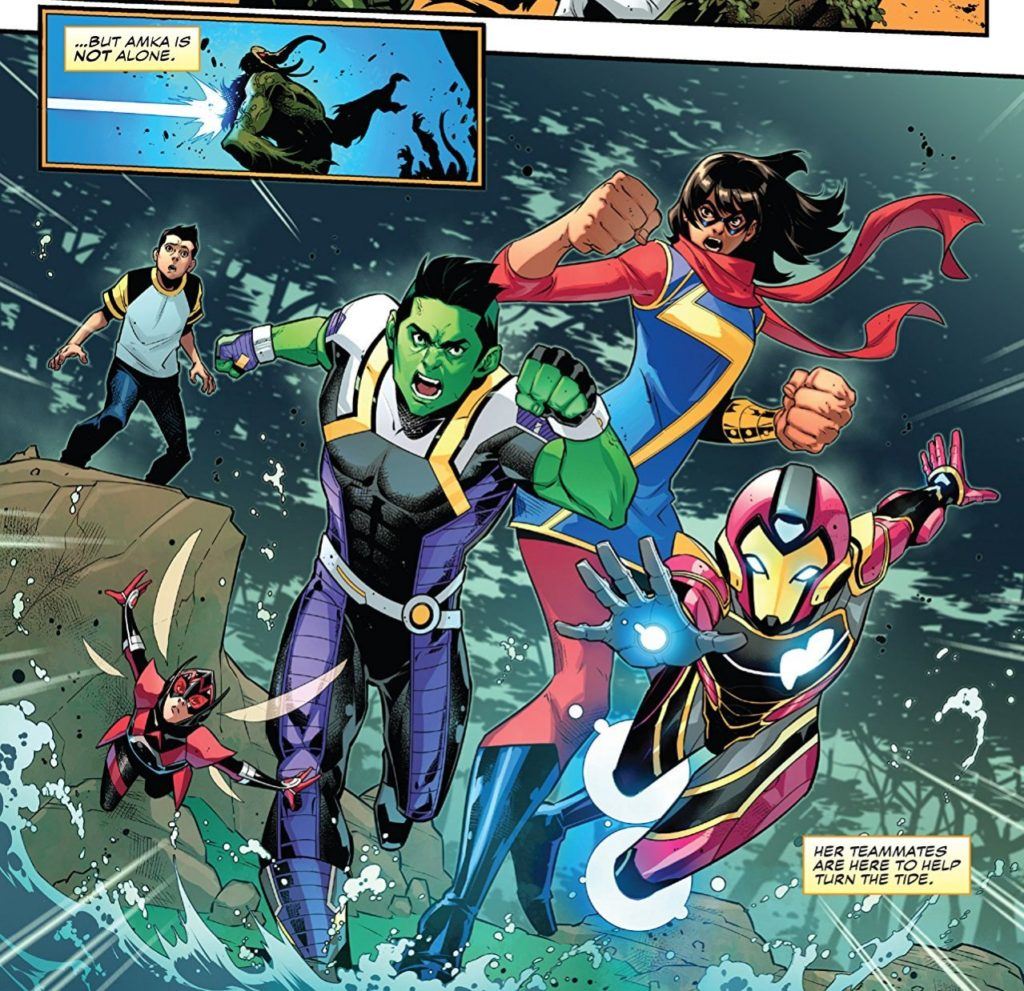 I don’t want to spoil anything but I think the team officially has a new arch nemesis. I won’t comment on it until the next review but I am interested in seeing where this goes. While this issue focuses heavily on Viv, I like that it doesn’t feel like the other characters are left out, especially Nova with his current powerless dilemma. You can see him trying to prove to himself that he can be a hero just like the rest of the team.

Jim Zub’s run of Champions is doing fantastic things. He understands these young heroes and writes them all extremely well. I’m glad one of the most underrated teams in Marvel is in good hands.

9 Emotional Cores out of 10