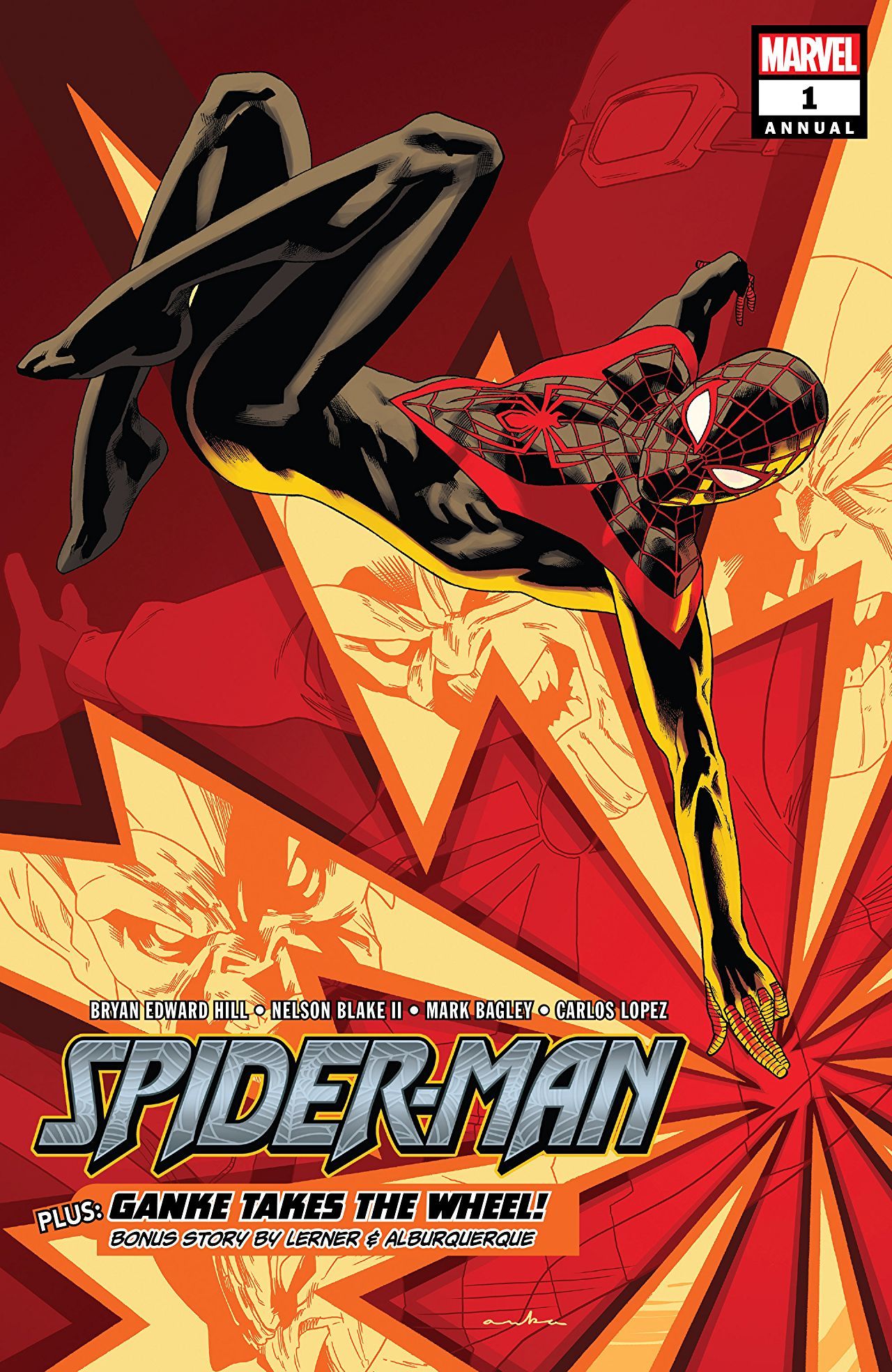 The status of Miles Morales’ origin since he made the move to the 616 universe has been pretty nebulous. Sometimes, it’s unclear whether he remembers that he’s from another universe or if he truly has a fully developed past in the 616. Spider-Man Annual #1 seems to hint at the latter — that Miles has memories in 616 of life before he becomes Spider-Man.

First and foremost, Miles’ original Ultimate universe origin is hard to top. It’s a great origin for a legacy character. I personally feel like Miles works better without Peter Parker. The original story of Peter dying while Miles chose to do nothing is a significant moment in his mythos. From there he learns “with great power comes great responsibility” in his own way. 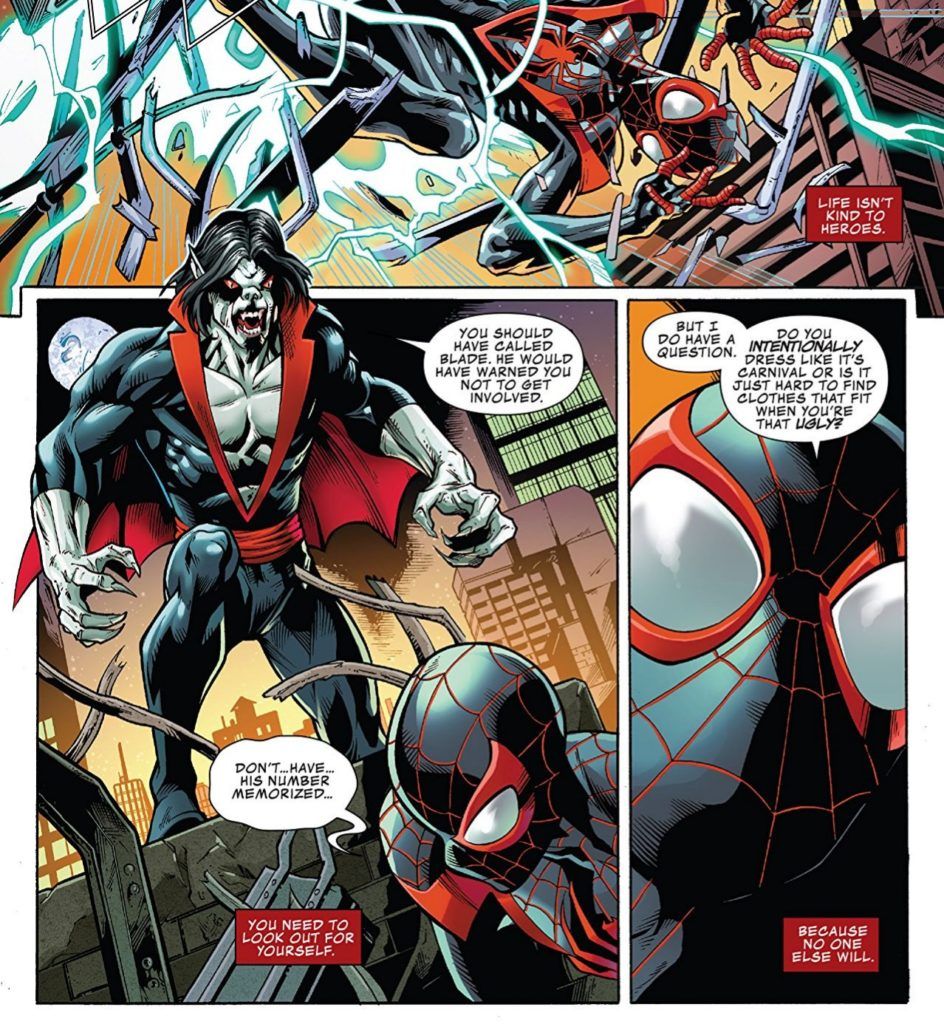 Anyway, I digress. In the midst of a fight with Morbius, Miles begins to reflect on his past. Basically, we get to see his reason for becoming Spider-Man in the 616. The story echoes a lot of the original story, with Miles hesitating to become a hero and the consequences of choosing not to be more proactive with his powers. It’s similar enough to the original story that new readers can jump right in and understand his character.

For me, even though I liked it, this new origin doesn’t top the old one. While we still get to see Miles motivated by a big regret, the original has that connection to Spider-Man. Mainly, Miles not being there during Peter’s greatest trial and feeling responsible for his death. In that story, we get a greater understanding of why Miles chooses to be Spider-Man, and more importantly, we get to see him try to live up to the legacy of a man he feels like he failed. 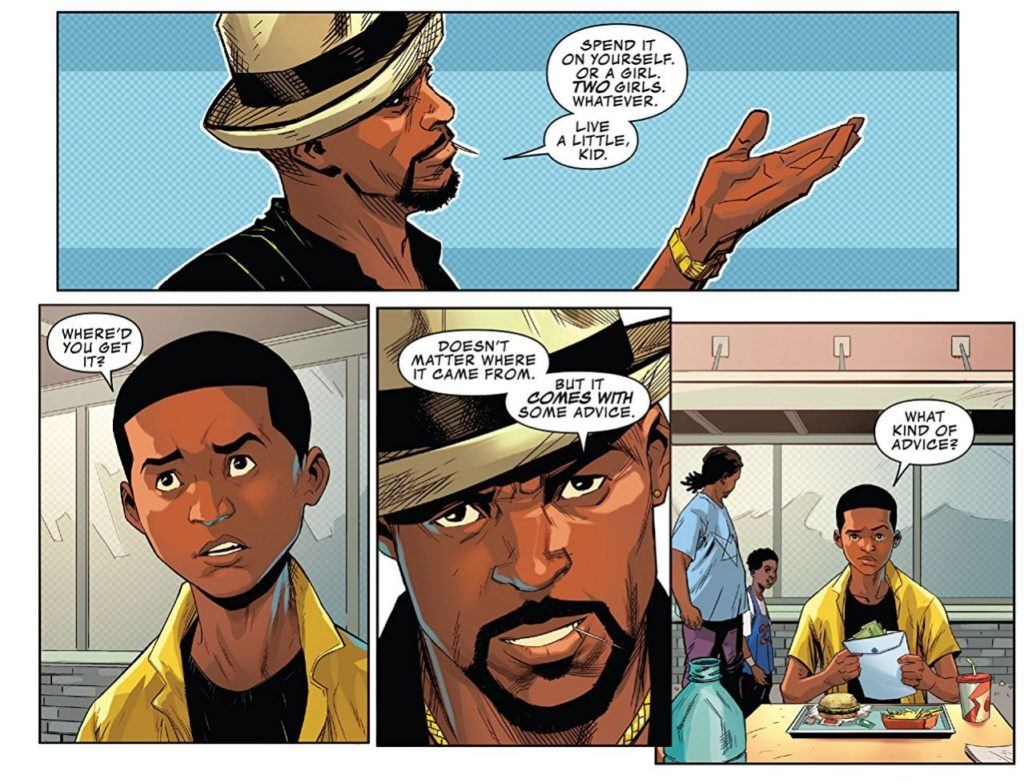 However, I’ll give Bryan Hill credit for giving Uncle Aaron a bigger role in this new story. Aaron is at the other end of Miles’ crossroads of whether or not he should become a hero and presents some interesting viewpoint for Miles to think over. It’s a great way of using their close relationship with the narrative and adds more weight to Miles’ choice at the end of the story.

This Annual is definitely an interesting read. It attempts to add some background to Miles’ life in the 616 and succeeds for the most part. Again, Hill’s story doesn’t top the original for me but it’s a solid tale that gets the basic story beats right. Add in the return of Mark Bagley and great art by Nelson Blake and Alitha Martinez, and this issue is something every Miles fan should read.