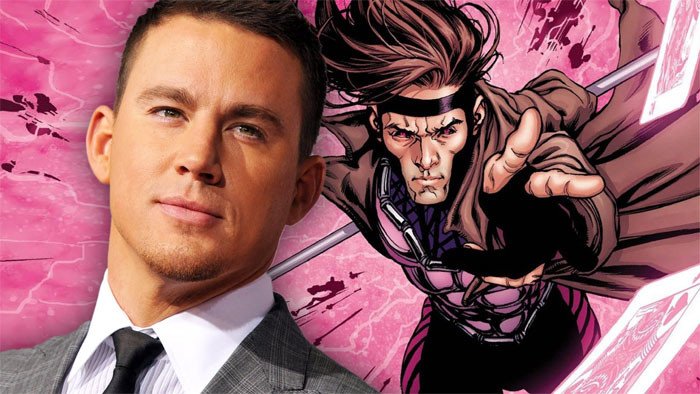 Twenty-sixteen is looking like a good year for nerds on the big screen. I’m crazy excited to see how Batman vs Superman turns out, the Captain America: Civil War trailer still has everyone going stupid, we’re giving Ryan Reynolds a chance to redeem himself with this Deadpool movie, Mighty Morphin’ Power Rangers *cough cough* I mean, X-Men Apocalypse is creeping up on us (y’all know Apocalypse look like Ivan Ooze in the face), and the Joker is making his return to with Suicide Squad. I have so much to look forward to. So much to be proud of. And Channing Tatum wants to take that all away from me.

Channing Tatum will be starring as Gambit at a theater near you in October 2016. Now don’t get me wrong — no one is more excited than I am that Remy is getting his own film adaptation. I walked around with a giant stick I found, and a pack of Bicycle playing cards for a large part of my childhood because you couldn’t tell me Gambit wasn’t the smoothest mutant on the planet. And I’m not saying Tatum is a horrendous actor… but…

1) Imagine Bella Donna at a lounge and he sees her from a distance. He does that weird thing where you lick your pointer and pinky finger then wipe your eyebrows, fixes his head band, glides over to her in his smooth trench coat, leans in, reaches his hand out and says “My name’s Jeff.”

(Side note: Bella Dona will be making an appearance in the Gambit film)

2) Did we not learn anything from the G.I. Joe films? The physics of how bad those movies are is a whole other article in and of itself, but just to springboard off those films I can only assume Jeff is gonna bring those dry acting skills in the face of turning himself to Gambit and I’m not feeling it. And if you blocked that from your memory, I’m sorry to have caused a harmful relapse.

3) I swear to Avatar Aang, as soon as Jeff gets a hold of the bo staff it’s going to be Magic Mike XXX-Men: Mutant Edition using all the same moves from the first Step Up movie, but this time EVERYTHING is illuminated with kinetic energy. E V E R Y T H I N G. Watch what I say.

4) Thirty minutes into the movie Samuel L. Jackson is going to show up with a lilac-colored light saber, an eye patch, that wallet from Pulp Fiction, and a snake to tell Jeff he can’t be a mutant anymore until he gets his grades up like it’s a collage sequel to Coach Carter.

5) My thing is, what was wrong with Taylor Kitsch, the guy who played Gambit in X-Men Origins: Wolverine? Nothing! We liked him! I gave him the head nod. They did my man dirty though. He didn’t try out for the role because he didn’t even know about it!

6) I swear to The Fourth Hokage I’ll take the lead character from Fast and Furious: Tokyo Drift over this dude. Jeff attempting a cajun accent would just sound like him recording his voicemail while chewing a Hot Pocket he just got out of the microwave. It just doesn’t work.

7) I tried. I really tried to give him the benefit of the doubt. I accepted it and tried to move past my possibly jaded opinions, but then the Internet happened and I saw this photo. 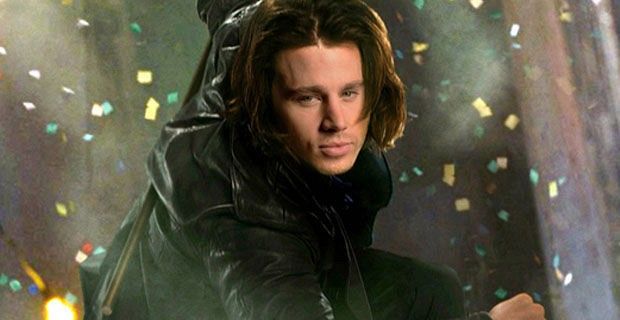 My immediate reaction was equivalent to Will Smith screaming “NOOO, NO!” in that scene from I Am Legend. I can’t approve of this. I refuse. I want to be so happy, but Jeff has now become “they,” and *DJ Khaled voice* they don’t want me to be happy. Channing Tatum as Gambit will make an appearance in X-Men Apocalypse and have his own film on the big screen in October… and it hurts.