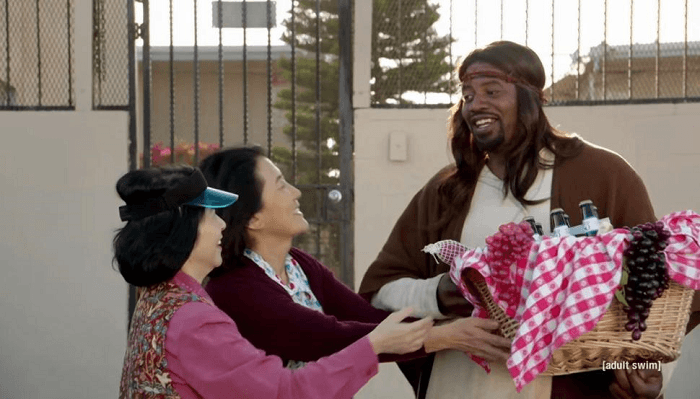 Some have been reluctant to dive into the living embodiment that is Adult Swim’s Black Jesus. You might be wondering if its worth your time. We got you.

Episode 3: When we last checked in with our Lord and ratchet savior, they had some trouble with their community garden. Namely, some Latino toughs that charged them rent on the land, meaning they no longer had money for fertilizer. The solution being for them to steal a few huge piles of shit from a local stable. Yes, Jesus and his disciples have become manure movers. But ya know, it kind of is unreasonable to charge such exuberant prices for horse shit if you can cultivate it yourself. Just sayin. The usual hi-jinks you would expect with such a task take place, especially since they drafted Jason from his comfortable and legit abode with his attractive cop girlfriend that calls him Papi at every turn. Also, we have the side plot of Lloyd (Jon Witherspoon) breaking into Fish’s apartment under Vic’s (Charlie Murphy) orders to find his shoes because he suspects Fish of stealing them. Lloyd crashes Fish’s place after eating all his food and playing every rap album in Fish’s catalog, of course never finding the shoes.

Episode 4: This one centers around Boonie and his child support issues with his ex, Shalinka. Boonie’s mom is FED UP with his ex snooping around and possibly bringing the law around her home, so first she makes him sell his stuff, then threatens to kick him out when the possibility of him going to jail occurs. Shalinka steals the show as the shrew with no chill as she verbally and physically assaults everyone at some point. The side hustle this week between Lloyd and Vic is about Lloyd breaking into Vic’s car to sleep and of course blaming it on someone else. They work out a deal for Lloyd to watch the car, as long as he can sleep in it, but of course insists on sleeping in the car, even when it’s not parked in the neighborhood (when Vic is out on a date no less). Impressions: While Episode 3 had its funny moments, the scenes with Diane and Jason were kind of boring and spent too much time away from the funny and interesting characters. I’m sure it was all necessary for the big picture and that storyline will come back into play down the line, but it did turn this particular episode into the weakest of the bunch so far. Episode 4, however, might have been one of the best as everyone did what they do best, except Dominique Witten as Shalinka stole the show in multiple scenes. The one liners alone might be worth watching this episode from the “Shut up, you’re the only light skin girl that has to wait in line at the club,” to “Standing here in your tracksuits. And sidenote, you ain’t never been to a track in your life.” At this point we’ve got a pretty good characterization of everyone on the show. The humor is fast and furious at times, the jokes are relevant and yet still over the top and while the prevailing narrative isn’t as strong as it was in the first two episodes, there is still a forward momentum to how we engage this show. Something of relevance always seems like its about to happen, even if it doesn’t. 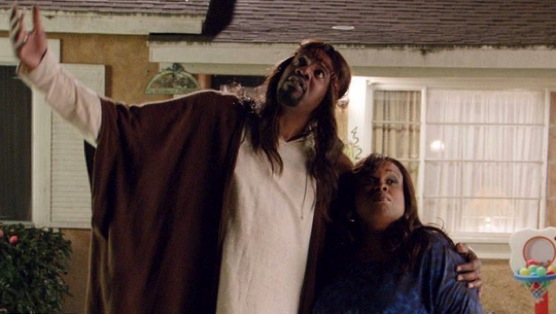 The Charlie Murphy and John Witherspoon side stories are rarely compelling stories as much as they are reasons to get these two on screen to interact with each other. And you know what, that’s fine. They’re hilarious. I don’t know why no one ever thought to cast John Witherspoon as a homeless cat with no scruples and always on his hustle, but you know, you’re welcome ‘Merica. 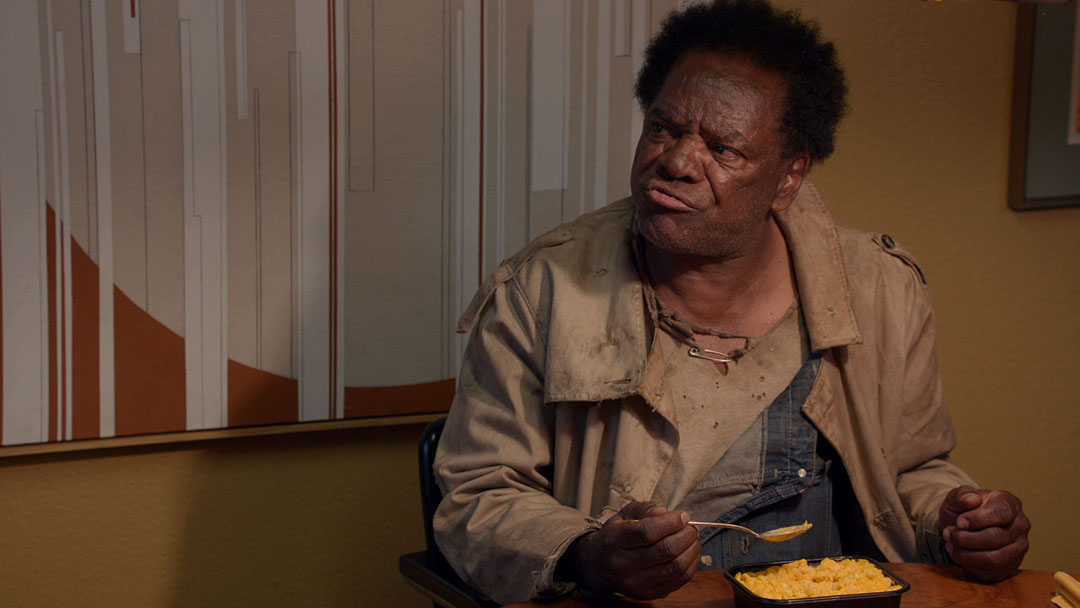 But the star of the show is the star in your very own Christian faith, Jesus himself. It’s been an interesting strategy in how his character rolled out. What began as the weed smoking, wine sippin, foul speaking savior has become the humanitarian peacekeeper that values the love between people over everything. And the three card molly on this is, that’s evident in the first two episodes as well. Jesus is generous, hospitable, a diffuser and the only thing that keeps most of the show’s characters from going completely buck.

If there are still people protesting this show, considering that it’s not a ratings juggernaut or anything, then they probably just don’t have anything else better to do. You know, outside of re-reading the bible or something. I don’t always believe that you have to fully invest in something to protest or defame it (for instance, I’m not going to see Ridley Scott’s Dreaming of a White Egypt movie and I’m still protesting with my dollars), but I do find it ironic for those that oppose Black Jesus, sight unseen. If Jesus came back, and spoke English and in the register of those he was helping, he wouldn’t go to the Hamptons, he’d go to the hood. And this, basically, is what it would look like.

Recommendation: As long as you don’t believe that watching a 30 minute B-budget TV show will threaten your immortal soul, you should be watching Black Jesus. It’s just funny. Really funny. The characters are being fleshed out slowly but surely, the situations and predicaments we find them in have been fun, and as the titular savior, ‘Slink’ Johnson is doing the Lord’s Work as Jesus. Yes that was intentional. We’ve moved from amusing and dismiss-able humor to, “did you see what happened on Black Jesus last night” status. Go head and get saved, b.