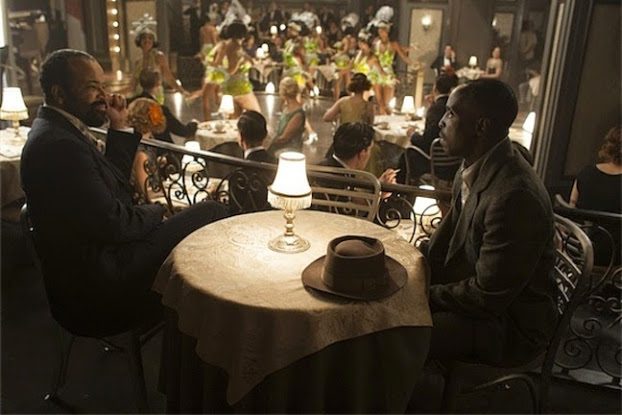 I’m a TV guy. I’m a HUGE TV guy. A snob really. I don’t fuck around with reality TV or anything with “The Real…” in its title. I don’t do TV shows that read like sequels (ie Big Brother 26). It takes an act of God to get me to watch a network drama. In short, this is not a game. If you too are at all into TV, you know the hottest thing over the last decade of drama (outside of the morally ambiguous white male protagonist) is the period-piece drama. You know the type, the program where it shows us the good ole-fucked up days of America’s growth whether it be the thirties prohibition, or pre-war high-class Britain or upstate New York in the sixties at an advertising firm.

About 3 or 4 of these shows pop up every year and at least one of them is cataloged as a hit or at least something that will get renewed for a few more seasons. A couple of years ago it was Masters of Sex. This year, it was Halt and Catch Fire. I was on holiday with my wife (like how I just flipped to Downton Abbey verbiage just now), as we watched The Knick make its debut for Cinemax (though we watched the special viewing on HBO). Steven Soderbergh mastered the direction in this first episode, the costume and set seemed so authentic for New York at the dawn of the 20th century and one of my favorite actors, Clive Owen was magnificent. I was watching the pilot episode of what I knew was going to be an expertly made show. And I was done with it for forever, five minutes before the credits dropped.

Almost all of these period dramas in the U.S. or England have at least one thing in common. They feature upper class and affluent white characters. The class distinction is important. It means that Don Draper of Mad Men lives in a 1963 New York building where the only black people that frequent it are working the elevator. Or worst yet, it’s “plot development” when Peggy on the same show buys and lives in a building in a “sketchy” neighborhood where black people might be. It means that the ultra-brilliant and educated doctors in Masters of Sex so rarely bump elbows with brown folks in the 1950s monotony. The toughest aspect of this for me is that on the surface and by the numbers, these are really good TV shows. There are plenty of people who state that Mad Men is an overrated show, but I personally think it’s one of the fifteen best TV shows of all time.

If Mad Men had existed during a different time period (and station) than say, Breaking Bad, we would probably talk about it differently. Halt and Catch Fire is really interesting to me in its premise. Boardwalk Empire has managed to hold me just long enough over the years to watch the last season and fall back in love with the show again (more on that later). But there is so much budget put into these shows, from wardrobe and setting and acting talent, many of these shows represent some of the best shows on TV instantly. And yet, I’m pretty much done with them.

Hollywood don’t love us like that, family. There are more and more ways to explain why casts for TV shows and movies are dominated by white actors and actresses these days. Example: see Ridley Scott’s explanation for Exodus. TV shows somehow escape the same level of criticism that movies receive. I guess because big budget movies are still events, still one shot productions that everyone goes to the theater with one opportunity to define it. Possibly it’s the ever-changing casts for any given TV show, how the look and feel of a TV show can fluctuate so much from season to season or even in season. Also, there’s SO MUCH TV on right now. And I don’t believe that anyone makes a TV show with the idea of circumventing the diversity police, but it’s become quite tiresome of seeing TV shows in settings from 30 years ago and hearing “Of course there’s no Black people in our show, it was the sixties!” TV will have you believe that Black folks didn’t appear in America more than one at a time until 1973. Well, black women two at a time because every put upon Black woman on TV needs someone to complain to when she is ignored in the office. 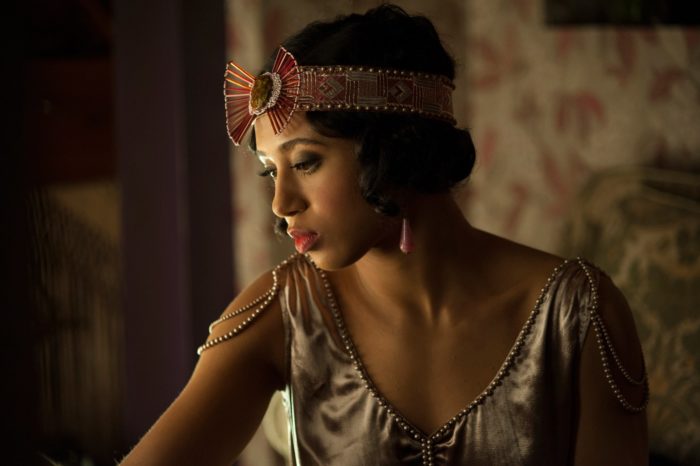 Period pieces or not, it’s hard enough to get a legit show with a large number of people of color on it. The Wire is largely thought of as one of the best TV shows of all time, but have you seen what it earned critically? Jack. And shit. Have you seen the TV shows we actually do get that have a large number of POC characters? Love and Hip Hop doesn’t count. And neither do any shows produced by 50 Cent. And maybe it shows my snobbish roots again, but I can’t indulge any BET programming either. Not only are their dramas really, really bad, but we can’t expect a channel to give us quality and nuanced programming when it stayed viable by selling blackness as a tradable commodity for over 30 years. The one concession I will make is really a quote from one Scott Woods when he proclaimed that Boardwalk Empire was “the best black show on TV” last year. I have to give them a lot of credit for pairing the incredible Jeffrey Wright with Michael K. Williams and making so much of the season about them. Still, we can do so much better.

However, my people, I’m solutions oriented. If we want to stay with success of the period piece drama, I’ve got some time periods that TV should consider. And they are so, so easy to produce. The movement around the United Farm Workers rise under Cesar Chavez. Trail of Tears. Asian-America post-Vietnam War. THE HARLEM RENAISSANCE for crying out loud people!

But here’s the real secret…you don’t need a big monumental moment in American history to showcase people of color. Their survival throughout American history is drama enough. Take any of the minority characters on these shows that are basically mascots and keep the camera rolling on them when they aren’t dealing with the main characters. Do you think their drama ends when then go home? Do you think that’s a show not worth seeing? But we know the WHY, right?