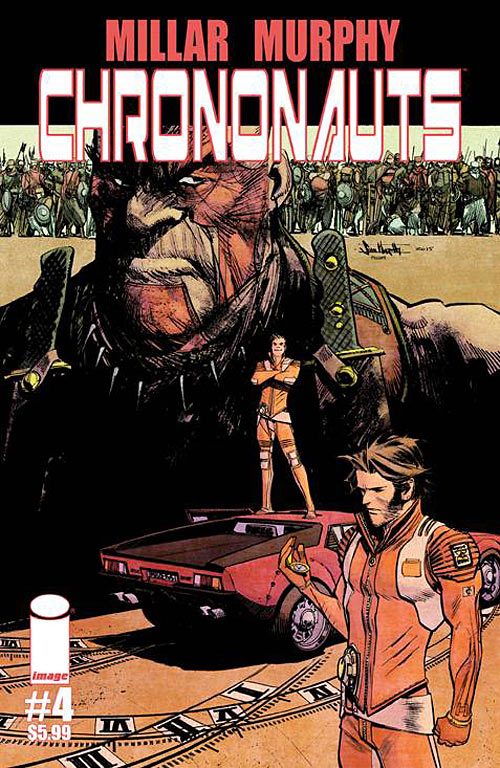 We’re at the end of Dudebros in Time! Chrononauts wraps up its story arc in its 4th issue and will be on hiatus until plans for Mark Millar to bring it back in 2016. So what happens? Catch up on previous reviews if you need a refresher, but if you’re ready, let’s hop right in by saying… well done.

Reading this series was a short roller coaster of met and missed expectations. At the end though, the story wrapped up nicely as a positive response to some of the criticisms from issue #3, particularly the lack of clarity around the series’ time travel rules and some missed opportunities for character depth. Both problems were assuaged in the finale, and I’m happy they came late rather than never.

The finale begins where issue #3 left off, with Corbin and Quinn captured back in time with a warrior who recognizes the power of their Chrono-suits. There is a long adventure to follow, awesomely spanning what felt like several comic issues instead of just one, but it all begins with a villain’s common mistake – letting people live. Seriously, if you ever capture an antagonist, just kill them without hesitation. None of this “they’ll probably die” business… because they won’t die… and then you have problems.

For a 4-issue series, Chrononauts wraps up its story arc with its best yet, forfeiting much of the comedy from previous issues for character growth and emotion. It’s not without comedy or its trademark bromantic charm, but definitely emphasizes depth in a way we haven’t seen since issue #1. 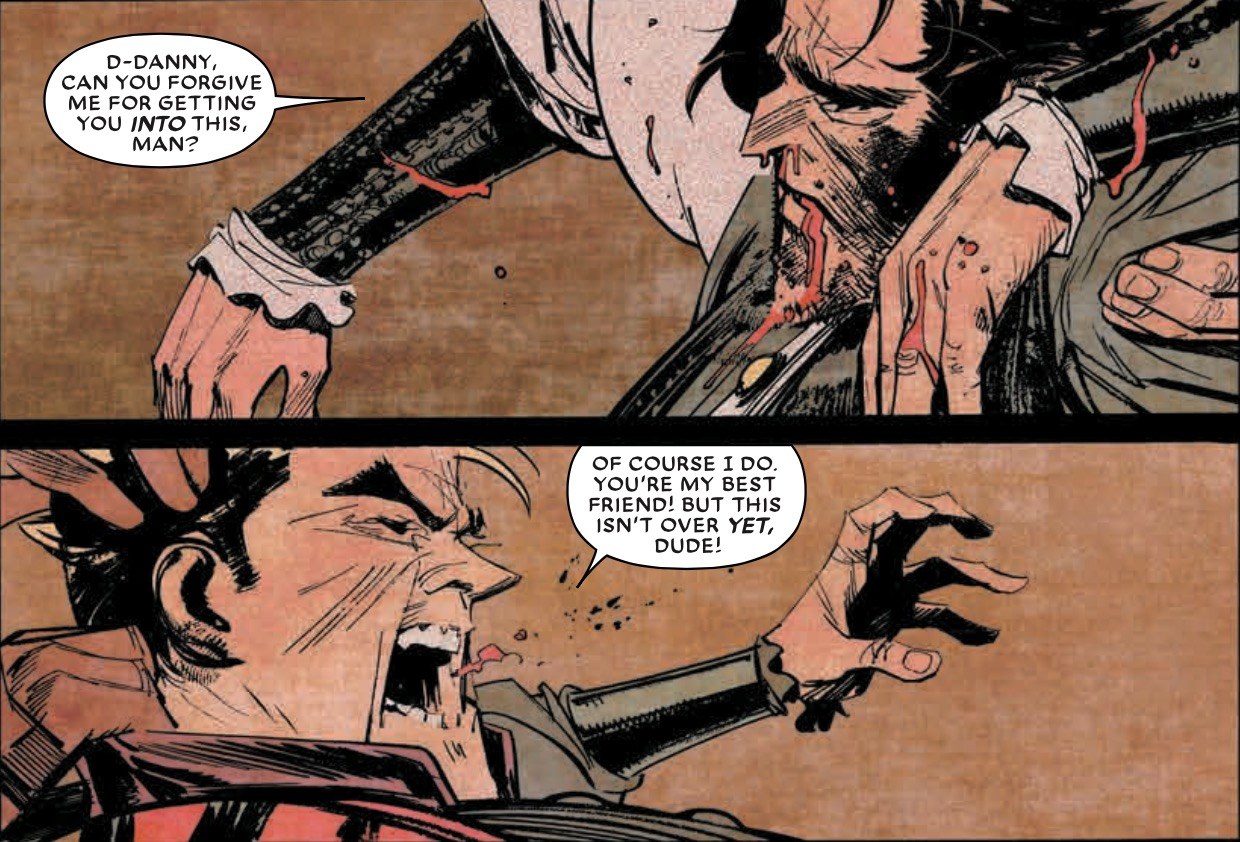 Overall, I’m glad Chrononauts was able to balance comedy and drama in what was a fun series. Sean Gordon Murphy’s art was consistently amazing for the entire series with fun juxtapositions of modern technology set in ancient landscapes, and the issues were all very well paced for an entertaining read. For a book starring 2 brilliant and immature dude-bros, it exceeded expectations. Now for the movie adaptation.

You can read previous reviews of Chrononauts here.