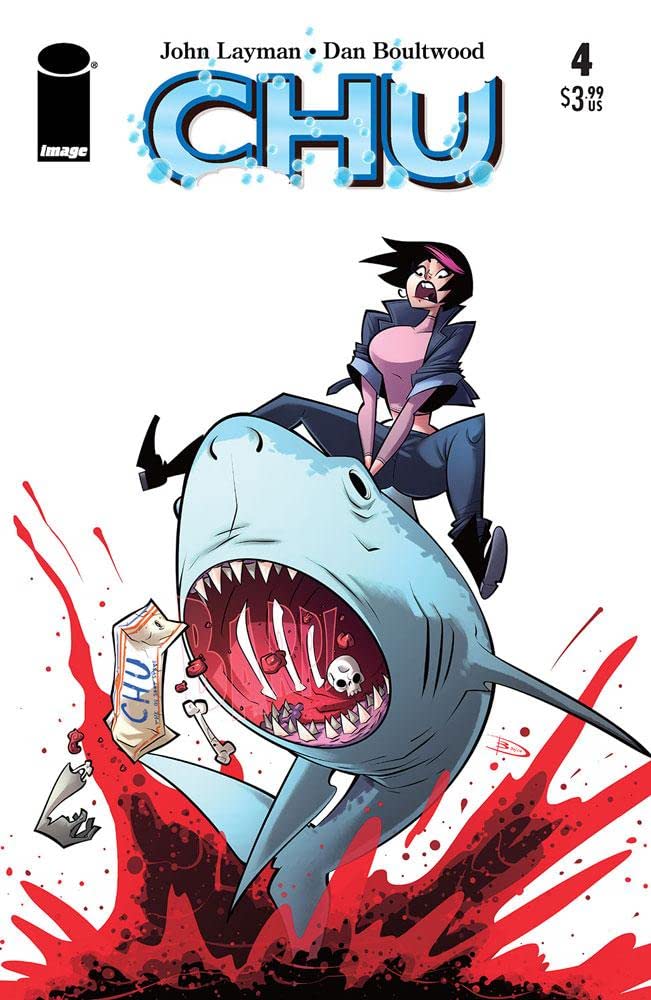 A proper Chu #3 review got lost in the shuffle of September, but I will just briefly say as a prologue to this review of Chu #4 is that the series began to feel more comfortable with itself. Layman’s comedic narration felt like it had a little more spice to it. The additional backstory of the Chus’ grandfather was hilarious. The plot felt a little bit more focused and I had a greater sense of where the story was going from the information in the panels rather than the information in the solicit information.

Chu #4 continues this upward trend, and I feel like the opening pages of issue 4 feel like a true start of the series, the origin of a new vector that follows the parallel vector of Saffron from the original Chew’s narrative of Tony. We get some slideshow styled summaries of how the in-universe Avian Flu pandemic (a sentence which is still hard to write given that we are still experiencing a current and real pandemic at the time of writing) and see the cascading series of incidents all caused by the illness and how the world seemed particularly ready to say #[email protected]% you to Saffron.

But after the prologue passes, we’re left to continue on her way and the crime aesthetic of Chu really begins to flourish. Bloutwood’s noir styling and femme fatale costuming of Saffron captivates the eyes with an appropriate of fan service and dazzling colors. Boultwood’s playfulness with sepia tones juxtaposed against pink highlights, and then switching to saturated shots of a bar floor work wonderfully on the page, especially when coupled with Layman’s letters. And because Layman is responsible for both the words and how those words look to the page, I have a great respect to how he presents the story. The smudges to represent sickness, the belching bubble letters, the intensity manifesting in a fiery bubble. It feels cohesive and well thought out, and now that there is a bit more forward momentum, Chu really begins to distinguish itself from its source.

By the end of the issue, there is a definitive sense that Chu will no longer be this pseudo-prequel to the world and that Saffron has a lot of her own adventures ahead of her. But as this first arc races to its conclusion, I’m really excited to see what happens. The story no longer needs the connection of Tony to let us live in this bizarre world with all of these food based super powers. There was were so many different quirks in the original series and Chu has already established that Layman has so many more in mind, and it genuinely makes me excited. The prep work is nearing its completion, and while I was hesitant about what the main course would look like, I’m happy to say that I’m ready to get back on board.

8.8 “Unforeseen Complications” out of 10