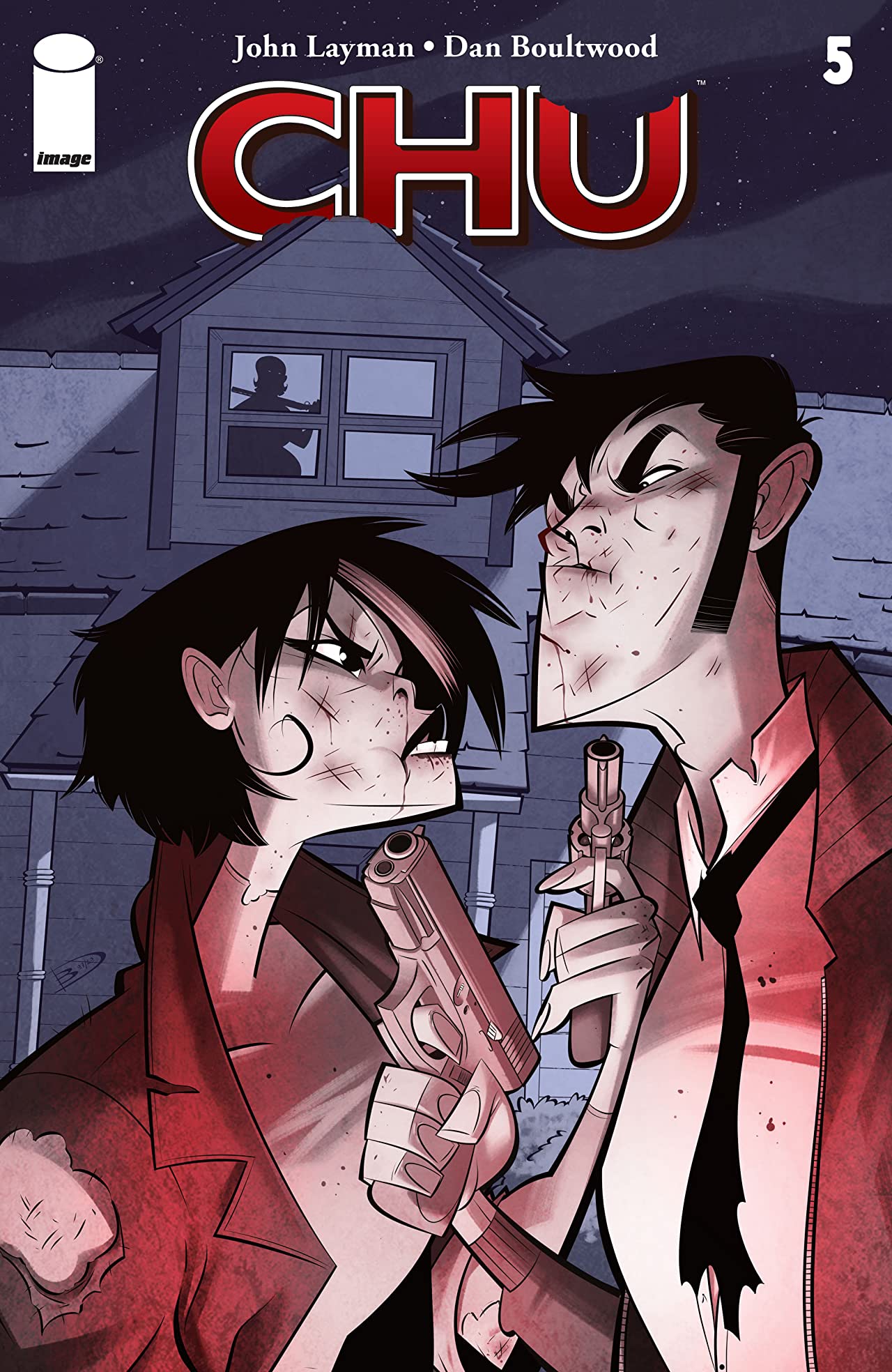 Saffron Chu is a cibopars. This means that she can acquire the knowledge of other people by sharing a meal with them. I don’t think at any point during the first five issues of Chu, this was ever actually explicitly stated in the text. It was definitely in the back matter somewhere and definitely hinted at repeatedly, but unlike her brother Tony, Saffron seemingly never had that single line that explained her food-based power contextual to the weird extended universe of Chew. Which I think is indicative of probably the biggest issue I had with Chu: Saffron never really had the same level of character development as her sibling.

As the end of the first volume of Chu wraps up, it feels like a perfect encapsulation of the series so far: Layman’s quick wit is as sharp as ever, Boultwood’s panels are fantastic, and the series constantly feels both beholden to its parent material while also trying to distinguish itself from it, and as such, falters to do the former.

The final confrontation between Tony and Saffron happens as advertised and the ending of the issue finally gets to a point where it feels like Saffron will no longer be tied to Tony’s arc and direction. There will be significantly less family intervention and police investigations when it comes to the various food-based crimes Saffron will commit to the future, but the fact is that it took five issues to get to the point and Saffron’s biggest character development happened in the second half of the finale.

I still love the universe. I love the audacity and bombastic nature of the series. I love the world building and the personality of the character, but there was very little progression. It was a lot of set up and a pay-off that is going to take even longer to see paid off. At the end of these five issues, rather than a complete course, I feel like we got all of the ingredients prepared and ready, but the cooking is gonna come later.

Chu is fun, but off the strength of its previous issue, the finale doesn’t quite endear me in the same, although I will be there when Chu #6 drops.