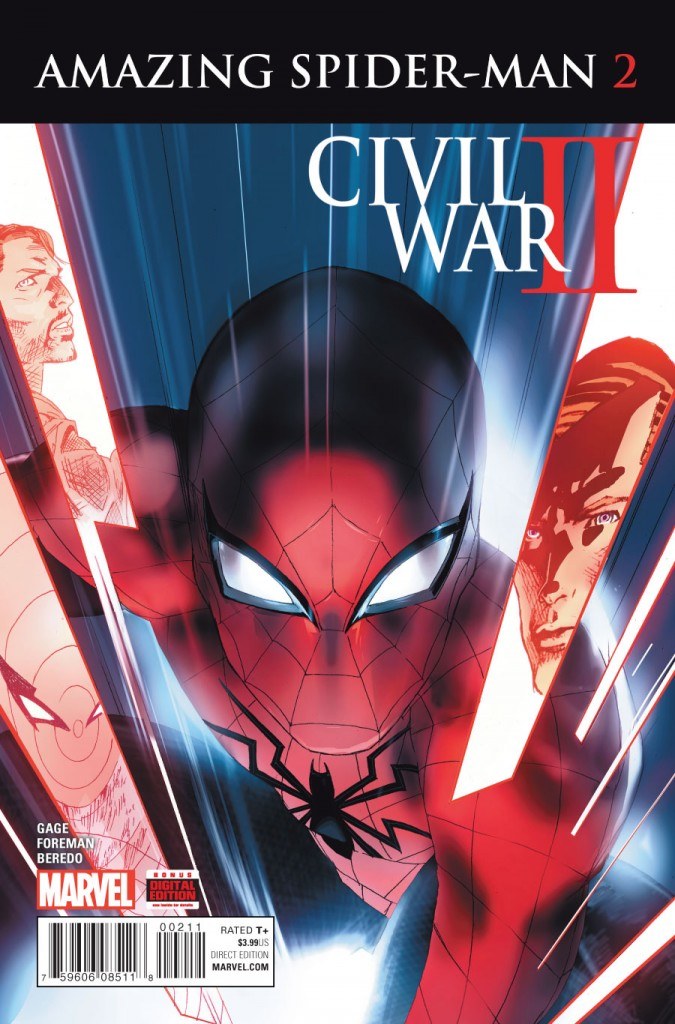 The most interesting issues of comics are often the ones that step back from the usual characters and tell the story the perspective of a character you’d usually only find in the background. In Civil War II: Amazing Spider-Man #2, that parson is Clayton Cole.

After Ulysses has a vision that Cole is going to return to his former ways as Clash, the villain and henchman who relied on sonic technology as a weapon, Peter Parker has his own internal struggle with the idea of a friend turning on him. We then get an intimate look at exactly what could lead to it.

Through one day in Cole’s life, we see multiple temptations surface as he tries to move on from his troubled past. His parents convince him he’s being taken advantage of at Parker Industries, the woman he was preparing to propose to decides to leave him and he finds out that the one person he felt had even more faith in him than himself is doubting him. The entire story is a close examination at how easy it is to get caught up in the system, even if it only became a part of a person’s life because of an honest mistake in their youth. Only, in this case, the snowball effect is tenfold because of the higher stakes that come with super-villainy and super-genius.

The ending, and next issue’s cover, leave Cole’s true motivation’s a bit up in the air. Which is good. While he would be far from the first reformed villain to relapse, this is one of those occasions where it doesn’t necessarily have to happen. Like Harold Lyman, f.k.a. Harry Osborn? Yeah, that’s inevitable. But it would be nice to see a character like Clayton, who doesn’t need to go bad for any real reasons, stay on the straight-and-narrow, even after this serious of a relapse.