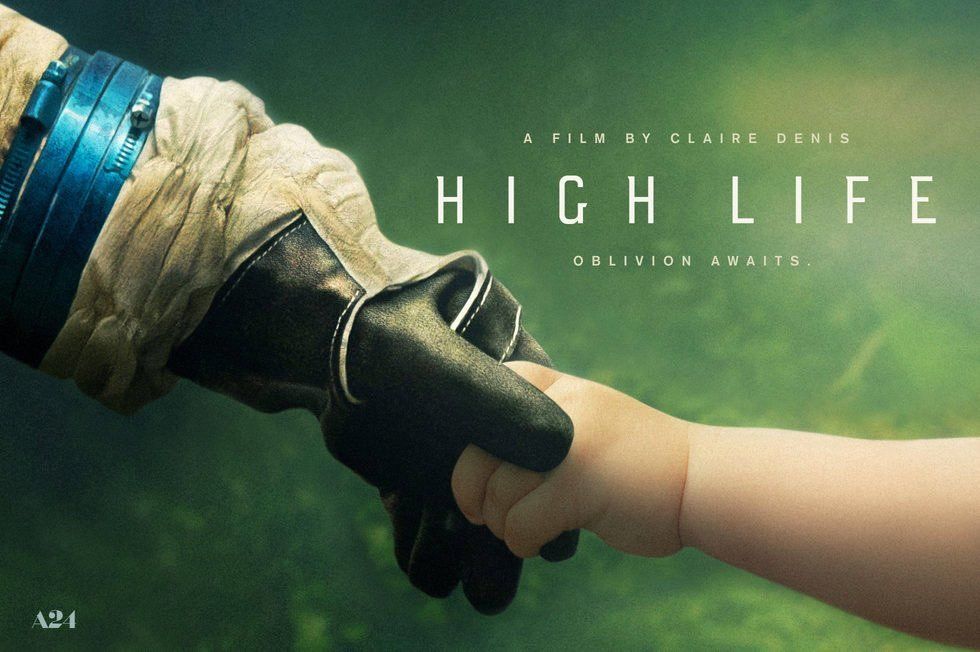 The latest film from French auteur Claire Denis (Beau Travail) is the intimate, unsettling, and introspective space drama that Dark Phoenix aspired to be, but without the crippling expectations of franchise performance and corporate mishandlings. Easily the most mainstream of Denis’ previous works, she succeeds where so many foreign arthouse filmmakers fail in making “Hollywood-Indie,” English-languages film by delicately placing the speculative fiction elements and special effects squarely at the service of the story and its characters.

High Life takes place in a not-so-distant future or parallel reality to our own in which prisoners with life sentences are offered the opportunity to join black hole expeditions in space in exchange for their freedom.  The Catch-22 that only a few of the admits can accept, however, is that due to the difference of space time and the distance of their journey, they will probably never return to Earth; and if they did, anyone they ever loved would most likely be dead. The inmates are under the sole supervision of Dibbs, a geneticist but also an inmate as a result of killing her husband and children.

Obsessed with recreation of life in order to prolong the changes of the missions survival, she coerces the male inmates with drugs in order to take their semen samples. Monte, played by Robert Pattinson, busies himself with the garden and duties on the ship, refusing any and all carnal pleasures or reliefs.  Gradually, Dibbs’ obsession with him and another female inmate, triggers the catalyst that will gradually leads to demise everyone on the ship except for Monte and a mysterious child.

Both overtly and covertly, High Life deals with such issues as prison reform and penal conditions, sterility vs. fertility, and even a well-placed judgement of white feminism in relation to black women. The general conceit of the film places volunteer inmates on a deep space mission that has zero changes of anyone returning to Earth alive.  While the prisoners themselves feel like hard time in space is better than being on the ground, they fail to realize that they have actually elongated their own sentences due to the speed of their travel and the distance of the black hole.  In that time, however, they really fare no better than inmates in a traditional jail – they fail prey to the usual deviations in such conditions – violence, manipulation by authorities, and even a failed attempted rape.

Juxtaposed firmly against this study of penal life is the conflict between sterility and fertility, life and death.  The garden and the baby who falls into the care of Robert Pattinson’s character ultimately reflect the healthy balance of this natural process when accepted, while Juliette Binoche’s character represents the extremes of repression and control. Ultimately, her own hubris and lack of empathy trigger lead to her final fate. Early in the film, a black female prisoner becomes the first death as a result of miscarriage from Binoche’s experiments.  As if reflecting on the legacy of white feminism and its early leaders – known racists and eugenicists Margaret Sanger and Susan B. Anthony – Andre 3000’s character comments, “Even if space, the black ones are the first to die.”

Per usual, Denis assembles a diverse and unique cast to bring this story to life.  Robert “The Next Batman” Pattinson (Cosmopolis)  turns in a very moody, centered performance as the monkish inmate who refuses to participate in the sexual recreations of the “F**k Box” or sperm donation opportunities in order to keep himself centered.  As a result, he moves quietly throughout the film, repressing himself, and keeping his distance. As the story progresses, and the character ages, we see Patterson’s misanthropic monk develop into a caring guardian and father.   Veteran French starlet Juliette Binoche (Othello) brings her own interpretation of restraint and erotica in space in her role as Dibs, the inmates overseer and resident-scientist.  She spends her days regulating the chemicals in the air of the inmates’ cells, controlling them at her whim, and using semen samples from the men in order to artificially inseminate the women.

Cold, yet sensual and domineering, the most jarring scene features Binoche taking full advantage of the pleasure possibilities of the ship’s “F**k Box.” Understated and hard to miss in his role fellow innate Tcherny,  Outkast’s Andre Benjamin (aka Andre 3000 aka 3 Stacks aka DookieBlossungame III) plays a father who survives by living in the moment and tending to the garden.  As mentioned earlier, Denis uses Dre as the vessel for her most poignant lines of dialogue and authorial comments on the events of the ship.  Appropriately, his fate is the most peaceful of all the inmates, serving to counterpoint the proliferation of traumatic black male death that is so omnipresent in mass media.

The subtleties and nuances of the performances are further reinforced by Denis’ mid-tempo pacing both in the montage and the hypnotically slow tableaux shots. The film seems to float rather than pull the viewer along, transmitting the feeling of of the ship’s inmates careening toward a black hole.  Visually, the film revels in minimalism to explore the sensations of isolation, transmutation, and eroticism in space.  The production designer team keeps the elements and color palette sparse with muted tones of gray, blue, yellow, and maroon to punctuate the intimate, low key cinematography of DP Yorick Le Saux.  Only when the inmates work in the garden does the saturation increase against the green vegetation and artificial daylight, providing the real moments of enlightenment and openness for the characters who are otherwise prisoners in space without chains.

In equal parts HBO’s Oz meets Solaris by way of Moon and 2004’s Innocence , the film strikes a lot of chords with with balanced elegance. If you are looking for a moody, thought-provoking film to rest your senses between generic special effects blockbuster and mega-event films, then High Life is a perfect palette cleanser.  For all the drama, relationship dynamics, and emotion that Dark Phoenix feigned to harness, High Life makes up for with sincerity and the grounded touch of director Claire Denis. 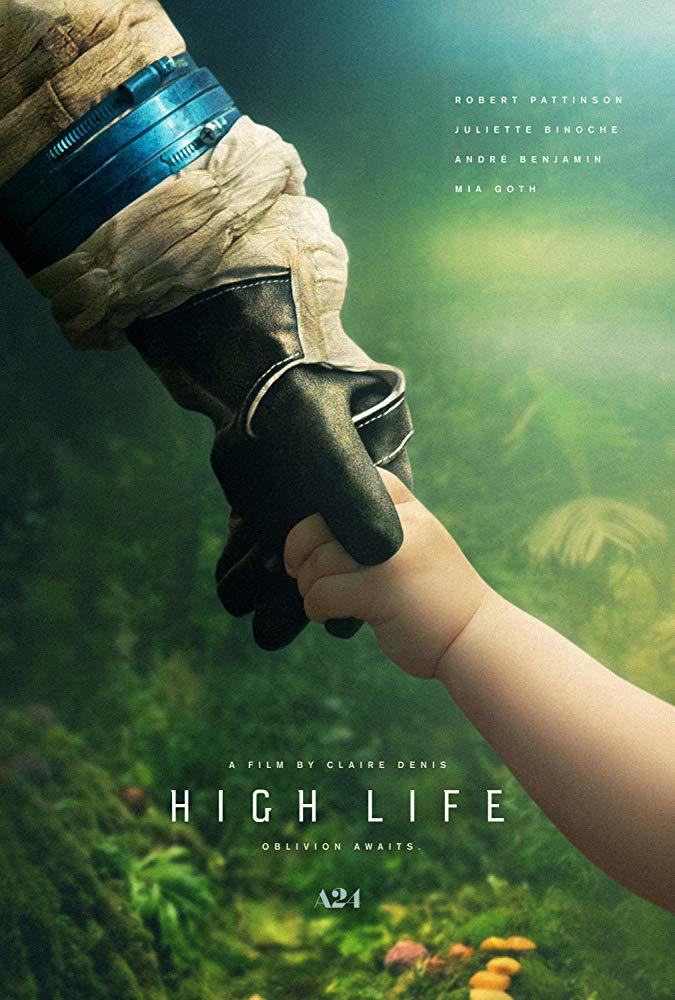