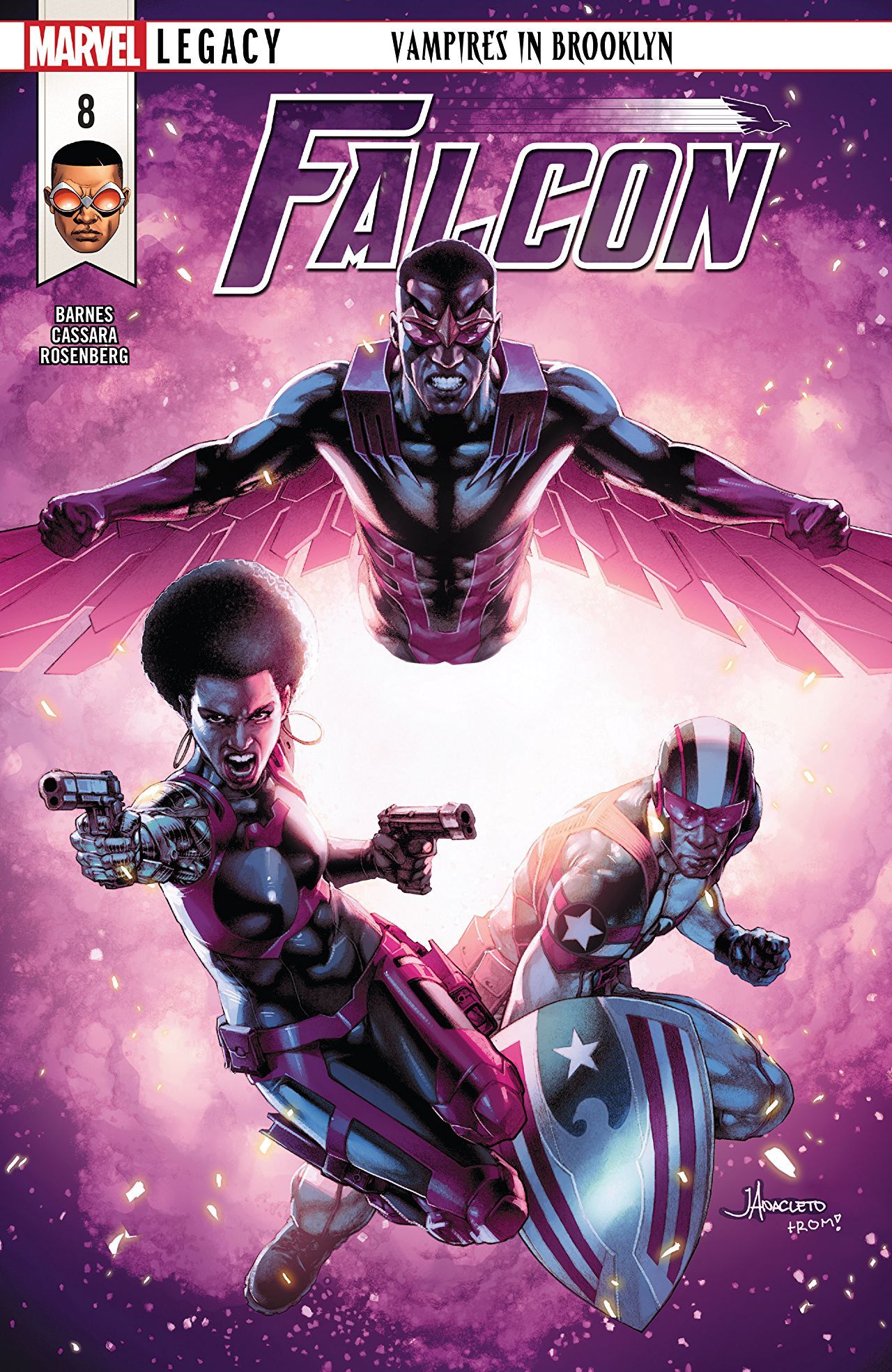 After eight issues, Rodney Barnes’ Falcon has come to a close.

While I have many feelings about what this means for Sam Wilson, Misty Knight, Joaquin Torres, and the straight up “alternative fact” that Marvel fed us by saying Sam wasn’t being demoted — those will have to wait. I’ve got a long weekend coming up and a lot of thoughts.

For now, let’s focus on what will likely be the last solo issue focused on Sam Wilson for quite a while.

Issue #8 of Falcon picks up with Sam fighting his way through a horde of vampire cannon fodder as he tries to save his partner Rayshaun/Patriot from his fate as a hostage of Deacon Frost. Across New York, Blade and Misty Knight have just finished clearing out a sewer full of vamps as well.

When you look at this run of Falcon as a whole, two things stand out most: special appearances and the Sam/Misty’s relationship. Issue #8 doubles down on both as we finally get the team-ups we’ve been waiting for as Sam and Blade fight side-by-side on multiple occasions and don’t have to hold back because they’re facing the living dead. SO.MANY.PEOPLE.DIE! 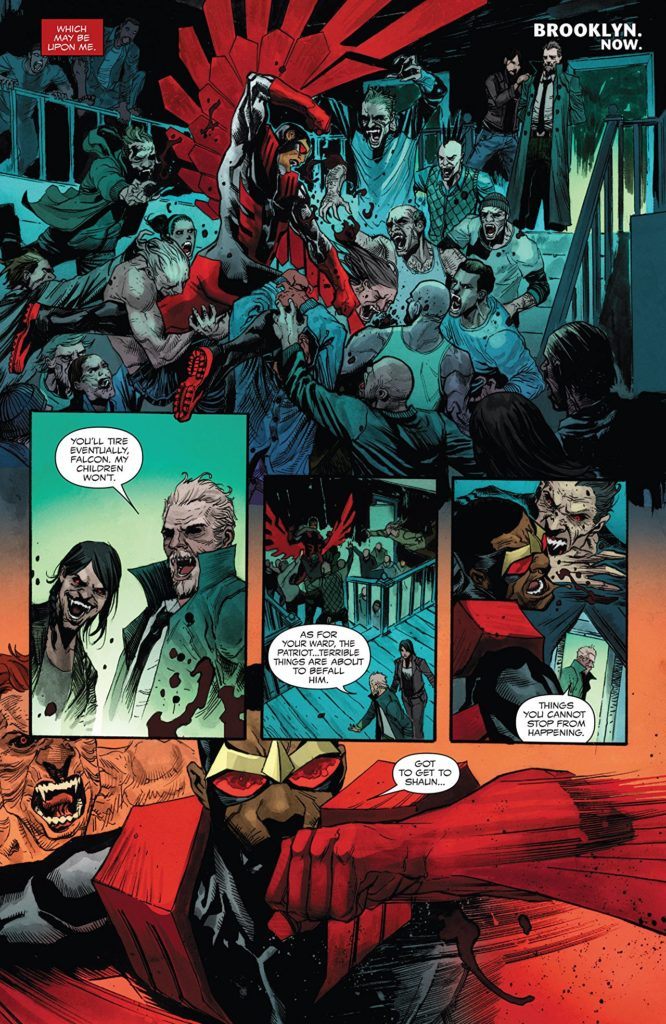 We also saw progress in Sam and Misty’s relationship as the former spends much of the issue, which was titled “Love Never Dies,” reflecting on what he deserves and can provide as a hero.

Also, REDWING IS STILL AWESOME. Oh, and Blade is just about as much a product of toxic 70s machismo as you’d expect, but that’s cool because he doesn’t win in the end.

While the concept of “fridging” appears on multiple occasions here — with Rayshaun’s friend Brianna and Misty Knight nearly being killed for no reason other than to keep Rayshaun’s storyline going — I suppose it’s not as bad as it could’ve been. (Worse would have been if they had actually met a horrible fate.) Watching Misty get kidnapped and defending herself solo would’ve worked just as well. But let’s not belabor that point given that we probably won’t see this much Misty Knight in a comic book for a while. [*sheds a thug tear*]

Lastly, it’s truly unfortunate that this series ended before it was intended to. Sam Wilson was in the middle of a war with Mephisto, essentially Marvel’s Satan, and it just had to end suddenly because he “shines brighter than most.”

At the end of the day, Falcon started with an uphill battle as it had to follow-up Captain America: Sam Wilson AND somehow prove that Sam wasn’t just being called down to the minors even though he was. Given that, this series was a commendable effort that didn’t get a fair shake.