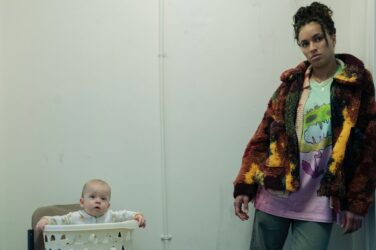 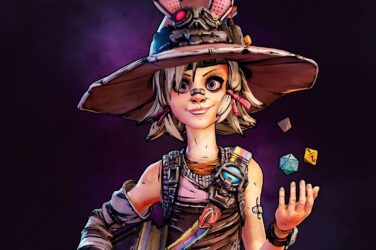 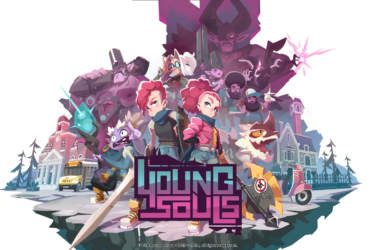 There are some rivalries that transcend generations.

Cobra Kai unexpectedly dropped from what felt like nowhere May 2018. The first episode has since reached 60.8 million and the rest of the first and (as of April 24, 2019) second seasons are available exclusively on YouTube Premium. While YouTube’s original content seems to be very hit or miss, Cobra Kai was a knockout punch. 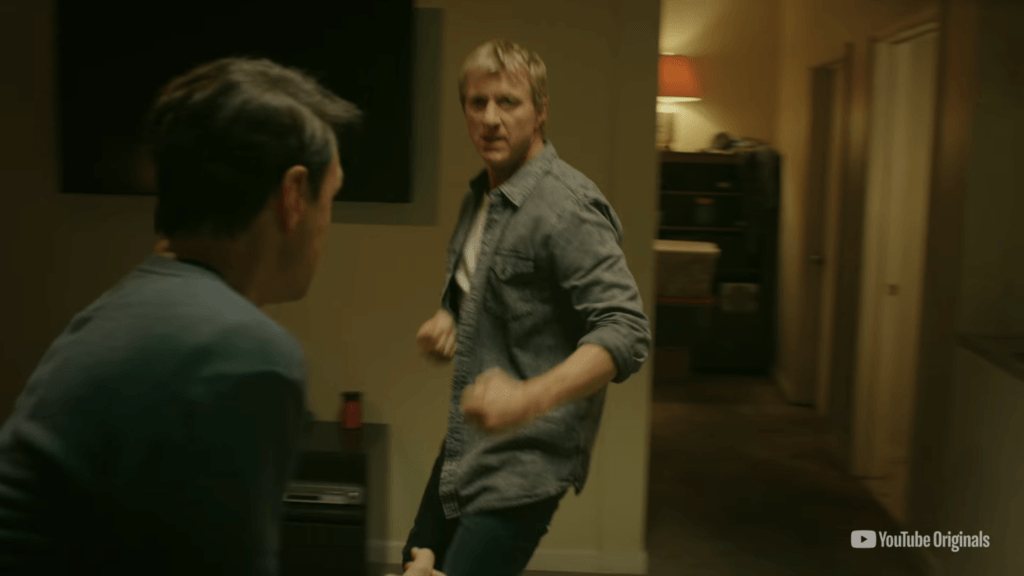 Picking up thirty-some years after the original series, Cobra Kai was marketed as a Johnny Lawrence (William Zabka) story about his resurrecting his old dojo when it reality it was so much deeper than that. It was the dark rise of Miguel Diaz (Xolo Maridueña) and Eli “Hawk” Moskowitz (Jacob Bertrand), prodigies of Cobra Kai. It was the redemption arc of Robby Kane, Johnny’s prodigal son, (Tanner Buchanan) by Johnny’s lifelong rival, Daniel LaRusso (Ralph Macchio). It was star-crossed lover arc of Samantha LaRusso (Mary Mouser) falling for Miguel.

It had absolutely no reason to be phenomenal, and yet by the end of the season 1 finale, Mercy, I was pretty much searching whether or not it had been renewed. I really should have known better, because. Well, y’know…

Borrowing from it’s predecessors, the season 2 premiere of Cobra Kai is Mercy, Part 2 picking up at the exact moment where John Kreese (played still brilliantly and especially villainously by Martin Kove) has re-entered the All Valley Karate scene now that his former protégé has revived the old dojo.

And thus starts a tale of two dojos, of two men who are still deeply affected (and maybe afflicted) by their past, and the lessons they attempt to teach to the next generation for better or for worse. 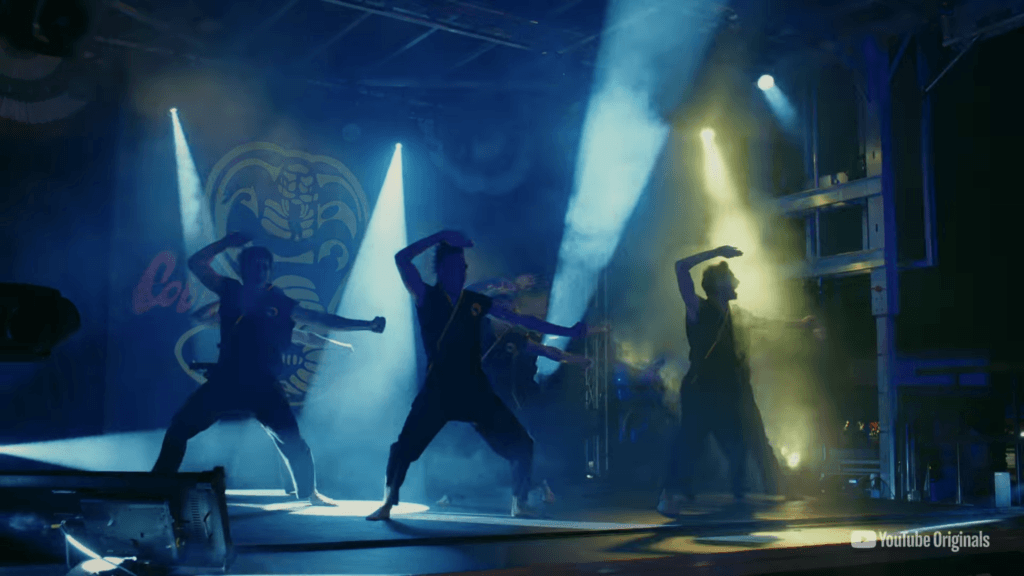 The first season of Cobra Kai spent a lot of efforts humanizing Johnny Lawrence. He was and still is a living embodiment of toxic masculinity, but his mentoring of kids did seem to prompt him to make changes for the better, even if it did result in all of his students become bullies. Season 2 follows his journey to be a better man, with his first trial being what to do about John Kreese.

Kreese is the true villain of the series, and still one of the nastiest big bad we’ve seen in a long time. Thirty-four years have not been kind to this unkind man, and he is every bit as manipulative and evil as he in the original series. His chain-smoking profile and brutal pedagogy stand as an affront to Johnny trying to teach his kids to fight fair while still being badasses. His indirect influence haunted the first season, and his direct influence is felt immediately. 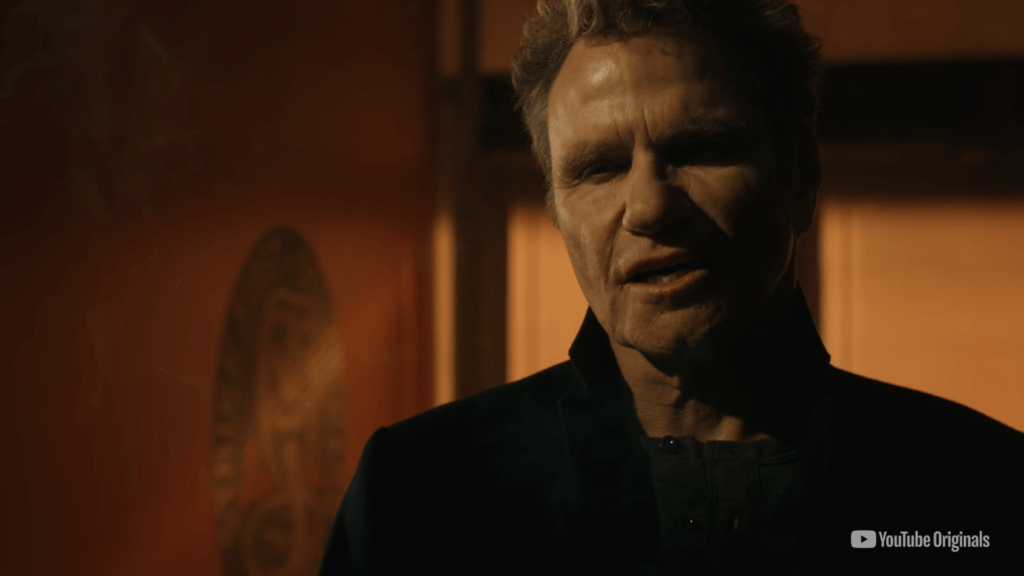 Of course, for every big bad there is a big good, and with Mister Miyagi gone, Daniel LaRusso tries to take his place by reopening Miyagi-Do Karate with his daughter, Sam, and at this point his adopted son, Robbie. Daniel intuitively understands the allure of power that Cobra Kai offers and tries to be a force for good, although his history with Johnny Lawrence has created several giant blind spots and all of his best intentions put him at odds with wife Amanda (Courtney Henggeler).

Balance is my thing.

Much like season 1, the sophomore effort balances a lot of storylines of the two intertwining fates of the dojos. However, it feels as though more of the story is situated around the perspective of Lawrence and LaRusso, which does make some sense. Without school for the first nine episodes, most of the kids’ time revolve around martial arts and their teachers factor hugely into their experiences. 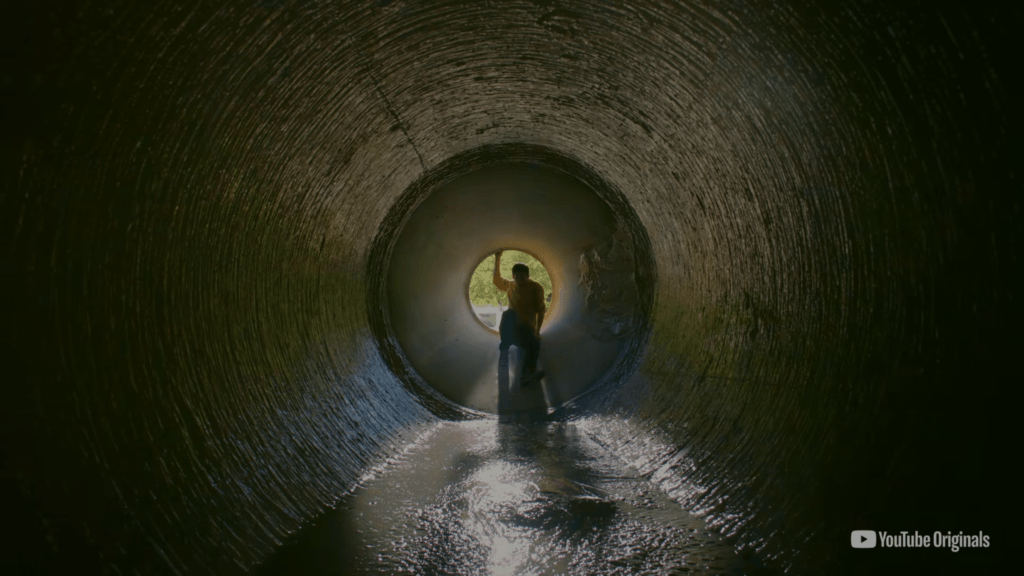 Yet, if there one thing that is very apparent it’s that both the directors/writers (Jon Hurtiz and Hayden Schlossberg pulling double duty, with Josh Heald as just writer) love these character and their story, and the crucible they put the character through challenges are fascinating and kept me glued to the screen.

They are perceptive of the inertia of the main characters, Johnny’s resistance to new social norms and technology and Daniel’s outright refusal to believe that Johnny is capable of change, despite it being very apparent that he and his rival have similar intent. And equally important, the creative leads are very aware of the impact that parental and authority figures have on their kin and the trickle-down effect. 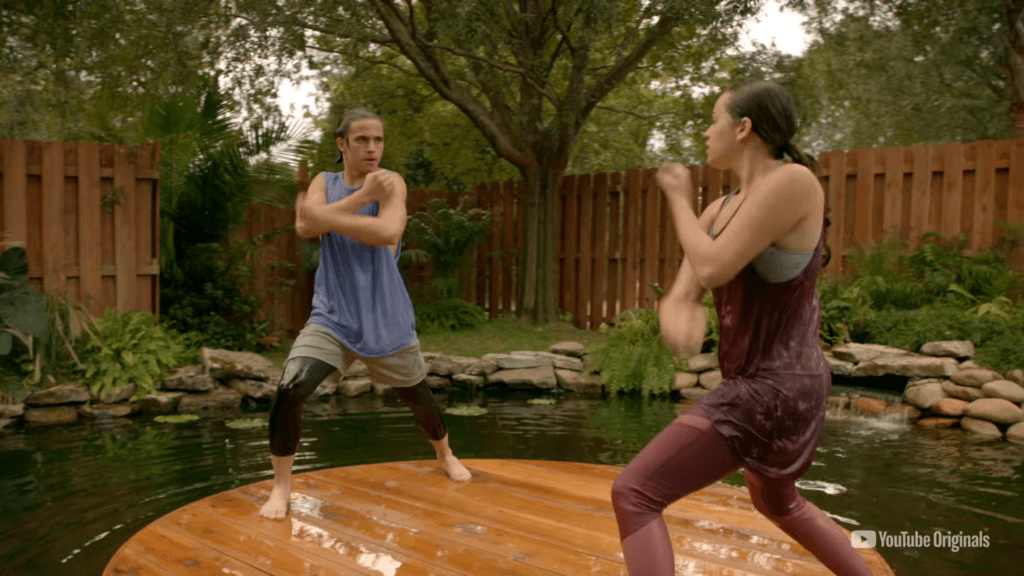 It’s not a perfectly nuanced depiction, although it’s incredibly layered. They gloss over the critique of Daniel’s cultural appropriation, which we the audience understand that Daniel was immersed in Japanese culture and had Miyagi as a father figure but that’s not something the general populous would understand. Johnny is still bigoted, through racist and sexist overtones which is just built in with the character. Robbie, Sam, Miguel, Hawk, and newcomer Tory (Peyton List) all vie for screen time as the main teenagers alongside other characters like Demetri (Gianni Decenzo), Moon (Hannah Kepple), and Aisha (Nichole Brown). While we always understand their motivation, we never get time to dwell too long on one character because they’re racing to the next big moment, the next fight sequence everyone brilliantly choreographed.

No mercy is not the same as no honor.

At its core, Cobra Kai is a series about balance. It’s about tempering personal grudges and understanding that even the best intentions can have dire consequences. It’s about escalation and slippery slopes, eye for an eye vindictiveness and trying to make sense of the present by understanding the past. It’s not perfect, but it interrogates a lot of social issues through the lens of a weird karate themed school drama set in 2019 and it shouldn’t work, but… it does. 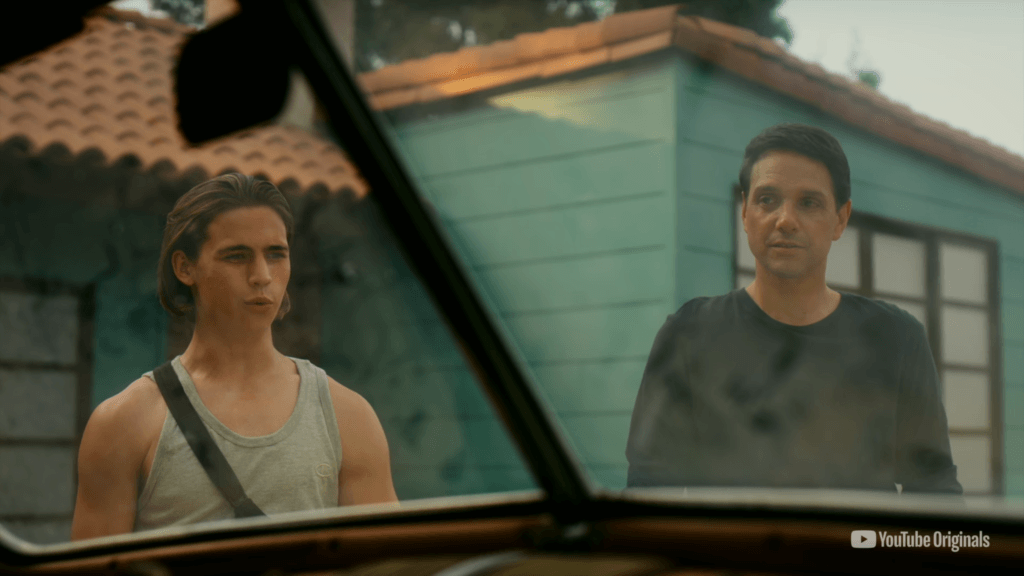 The ending of Cobra Kai season 2 lives the series in a much more volatile state. Whereas season 1 ended on a definite note that clearly laid out what the start of season 2 looked like, the finale No Mercy ends with a much more uneven status quo. And I want to know how the story ends. And I want to know what comes next. And that’s really the best praise for the show I can give. So many years after the fact, I’m still invested in this rivalry. I’m invested in seeing how this all ends up. And this time next year, I really want there to be a season three to look forward to. 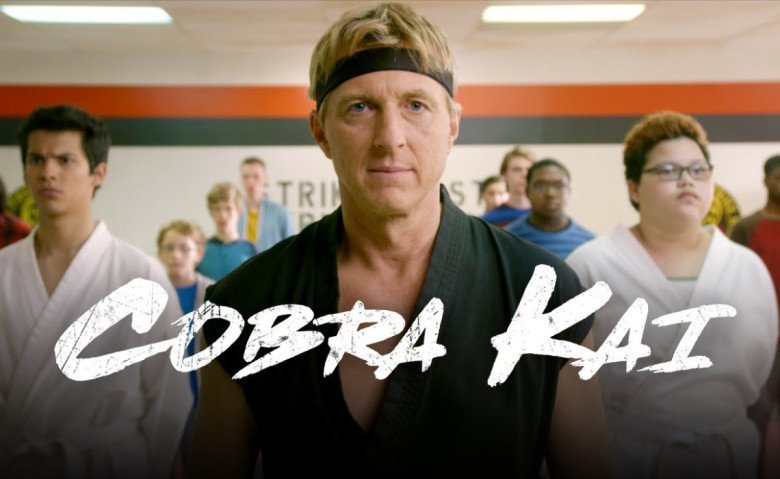