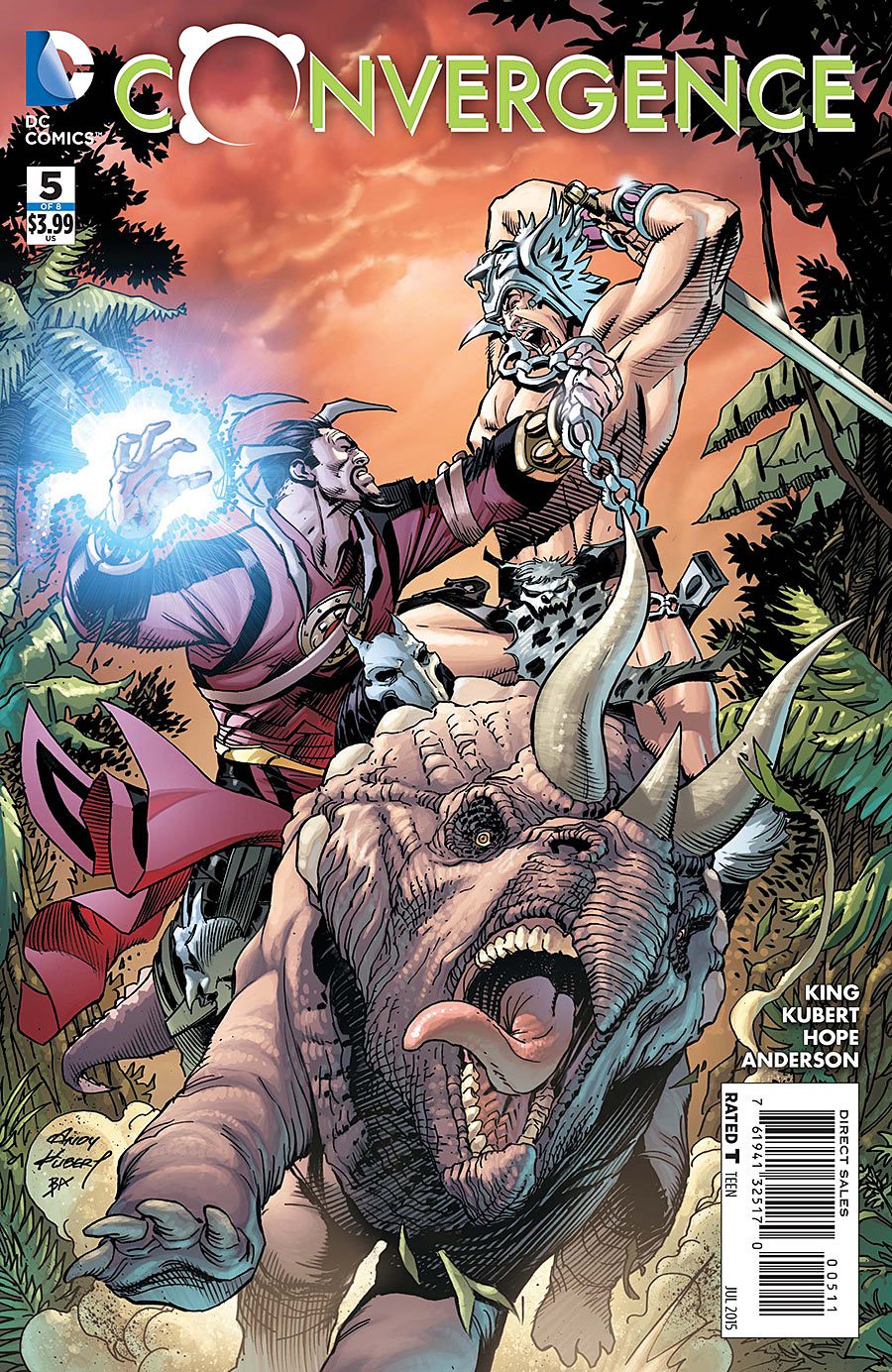 Let’s start off by saying if you are reading Convergence, man you need to start from the beginning. This a big event series for DC in which you need to start wit all the information at the origin point. That being said we can get into it. We join the heroes of Earth-2 having to battle against some pretty stacked odds. There is an sense of being in deep shit when you see the villain they are against named Deimos. 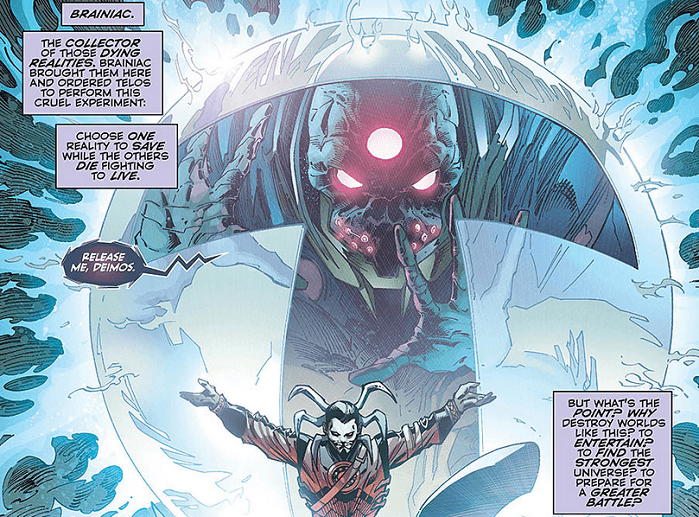 This dude got enough power to shut down Brannan, you already know our team of heroes’ chances of survival are quickly set to “slim to oh fuck no”. I would probably feel even more for the dire situation these heroes are in if I was invested in Earth-2 as a series. However, without that there are still plenty of things to keep you entertained. Dick Grayson contemplating if all his troubles would have been avoided if he was more like his alternate universe self that took after Batman. As well as Superman Val Zod taking the fight to Deimos. 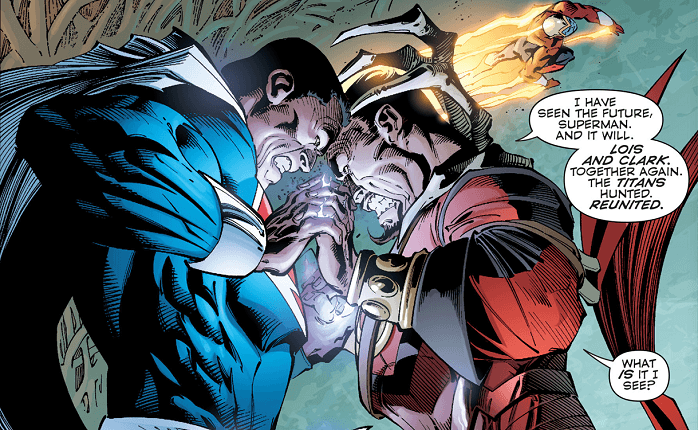 Hope and Kuber’st art was good this issue. It reminded me a bit of Todd Nauck (of whom I am a big fan) so I was instantly drawn by the detail they choice to focus in on and draw attention too. You can see it in the panel above. They got Val gritting his teeth against Deimos which I thought was a great touch. There is another story at play here involving Warlord that comes to fruition in this issue. The importance of which has to be read in order to get the way it all ties together.

Convergence is in my opinion for the die hard DC Comics fan at heart. It may be important in the grand scheme of things that come after this series wrap up but me personally, I’d probably just skip ahead to the after math once this is all said and done.