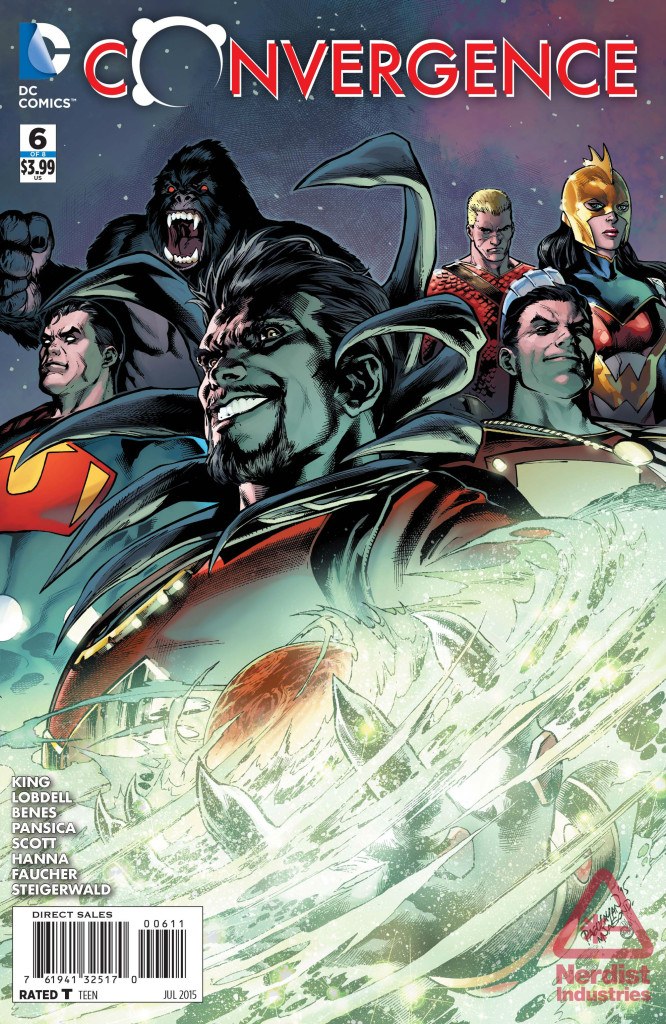 Convergence is straight up WWF Royal Rumble. We got heroes and villains from every which way just trying to figure out whose on whose side. This is pretty much bedlam and mayhem this issue. The main plot is unity as we see heroes trying to link together so that they stand a chance against the impeding forces. I think it’s safe to say we’re seeing an army forming. If that is the case then we are seeing the recruitment process for the majority of this issue. 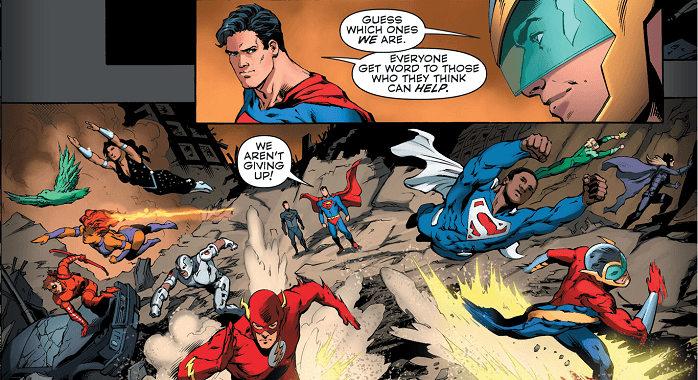 Among all the chaos we see Benes able to depict a sentimental moment where we see something asked of Dick Grayson that only he can do. We see the tides of self doubt coming over him visually. Benes’ art slows the pace down from the fighting and rush of impeding doom for us to see (in great detail) Grayson having to answer the call. This was a good moment of the book thanks to King and Lobdell’s writing and Benes’ art.

Convergence at times feels as if it is going in a lot of directions and you really need to invest in the story in order to get all aspects of it. We’re seeing a new age come to fruition with this series as well as multiple characters every page. There’s a lot going on but it can be rewarding as you’re seeing these characters you’re at least somewhat familiar with (as well as their alternate selves) rising to the occasion.