I am still in awe in how the majority of prop makers and seamstresses are able to create the magic that they do. One such feat I cannot even begin to fathom, is the ability to create Angemon-esqe wings for cosplays. I had the chance to interview one-said cosplay magician via email, so please enjoy the amazing-ness of The Crooked Feather! 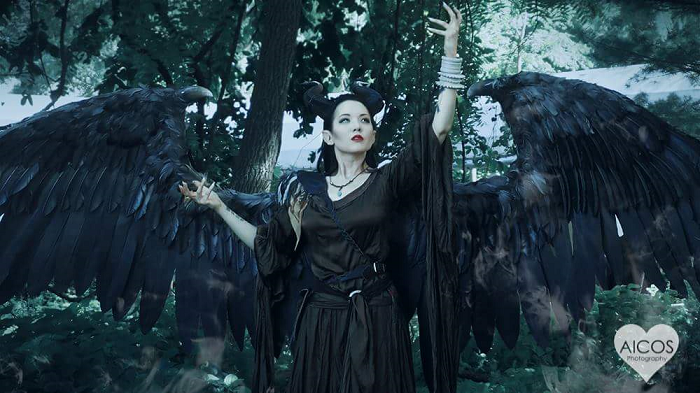 Black Nerd Problems: If your walls could talk, what would they say about you?

The Crooked Feather: Probably that I never stop moving. I am always either working on a project or cleaning up after the last one, trying to reign in the feathery chaos. I rarely succeed, but I make attempts regularly 😛 Even when we have an anime or show on, I am constantly on the move, I can’t sit still.

BNP: Please tell us a bit about yourself! 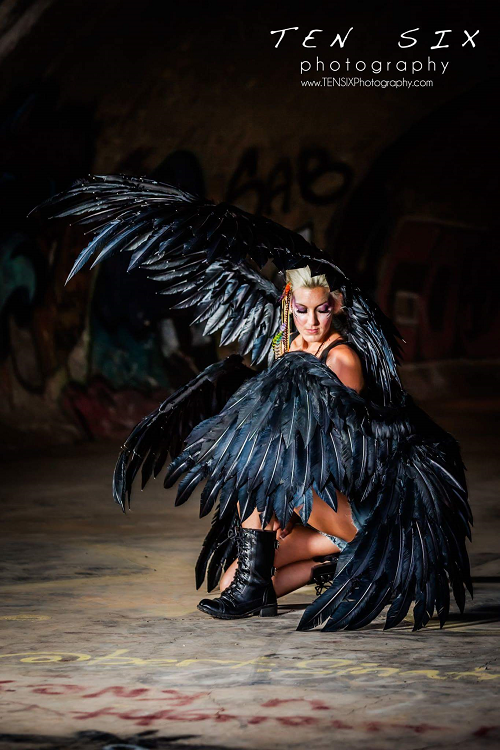 TCF: I have a Master’s Degree in environmental science and contaminant transport and remediation, and I am pretty proud of it. I love science and costuming pretty equally and I think my passion for each helps me in the other. People tend to think science is cold and meticulous, but there is definitely an art and creativity to coming up with experiments and solutions. By the same token science is important in my art because of the math and anatomy involved in creating realistic costumes. I think that balance is critical.

BNP: What is your dream project?

TCF: I have so many!!! I guess my current life goal is to do a fully robotic fashion set. I have a bunch to learn about programming before I get there. I am great with basic mechanics and electrical work, but working with microcontrollers and more advanced robotics to create a truly organically fully mobile wing set would be a dream! The work of Anouk Wipprecht is super inspiring. 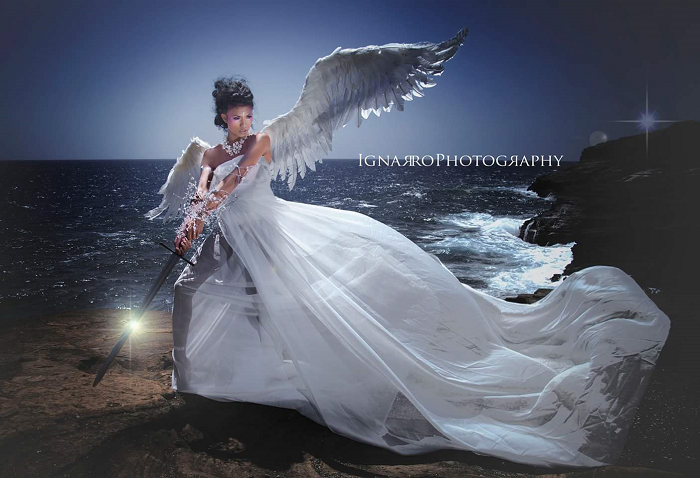 BNP: If you could choose one anime character and one Marvel Universe character to go head to head in a battle, who would they be and why?

TCF: Hmm, I think Scarlet Witch and Madoka Kaname would be pretty fun to see. They are pretty polar opposites, a chaos magic and probability manipulation Witch against force magic and general good will from the most powerful anti-witch ever. Madoka has some pretty powerful magic and raw force, but remember in many timelines she died or was defeated, and Scarlet’s probability manipulation could maybe win out… Who knows!? 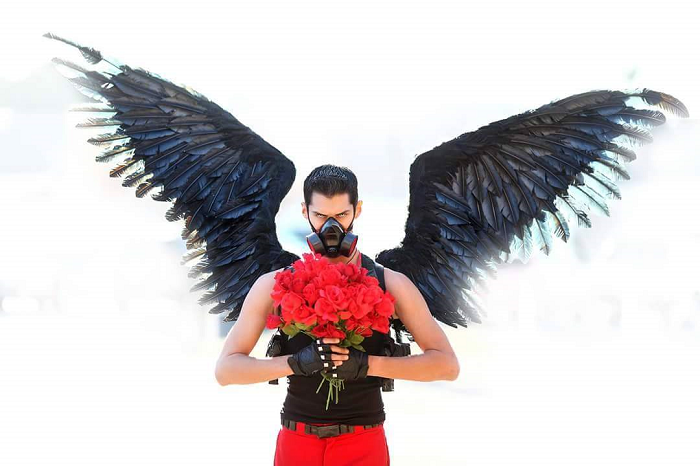 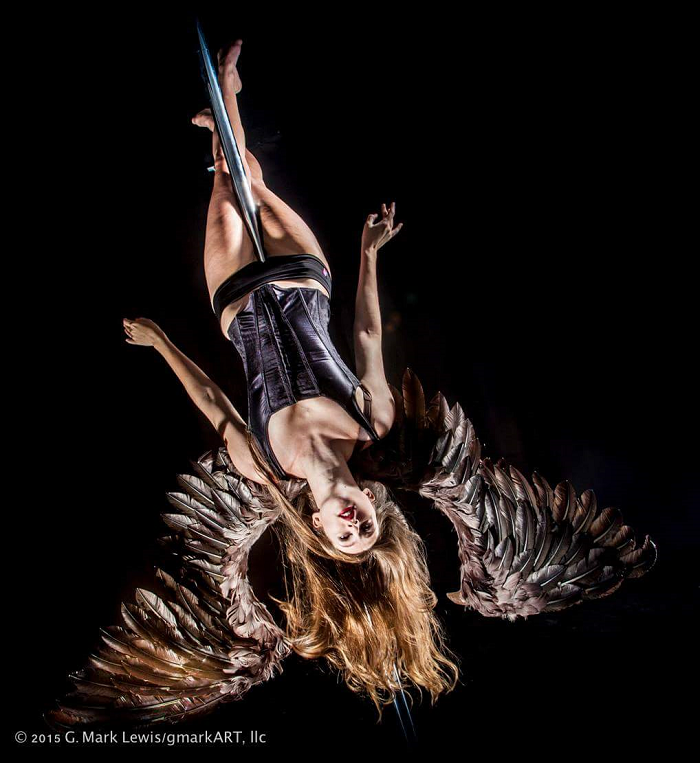 Aicos photography and design -Maleficent
The black seraphim wings are done by Ten Six Photography.
The white warrior is Ignaro Photography
The Steampunk wings are photographed by my friend Rachael Miller.
The pole dancer is by gmark art, llc
The black wings and red flowers is Grant Brummett’s photography