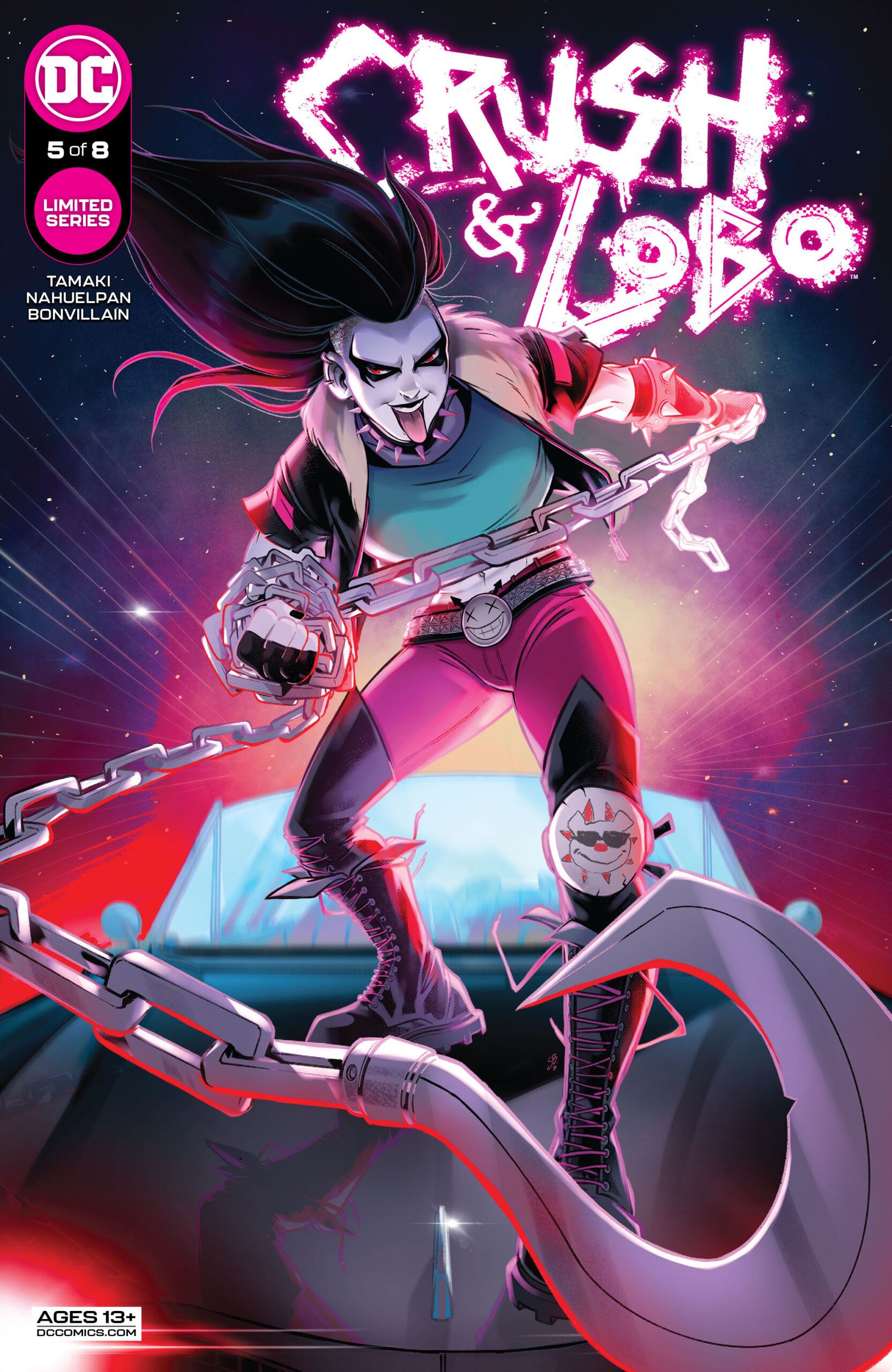 Crush & Lobo is a lot of fun. I mean you have to be when you’re dealing with the main man!

What I like about this series is while the title implies a buddy cop adventure between a Czarnian father and daughter, it’s actually not like that at all. At least not 5 issues in. This series is about Crush trying to find herself and balance her natural Czarnian tendencies with her earthly influences. She has a girlfriend that she’s in danger of losing, and, at least in the beginning, she thought that Lobo wanted to mend their relationship. That was before he lured her to prison under the guise that he wanted to make amends, and instead trapped her there in his place. Now Crush is out, and she’s hella mad.

Crush & Lobo #5 has her following the breadcrumbs of Lobo’s destruction. It’s not too hard, really. Just pay attention to where the cigar butts are. Even though he’s only been out of prison for a short while he’s already traveled to multiple places in the galaxy, making the lives worse of everyone he encounters.

I love how lighthearted this series is. It’s always going to be that way when Lobo is involved, but Crush provides the opportunity to get deep into character development while also having fun with the adventure. That also allows Lobo to just be Lobo, and I feel like Tamaki really handles his craziness well.

I also like how the narration kind of breaks the fourth wall. Not in the way that someone like Deadpool does, but Crush knows she’s telling a story, and she’s even aware of things like story structure and how she chooses to let us in. It’s a lot of fun.

Nahuelpan is killing the art, too. A book featuring the main man needs to match the absolute batshit levels of crazy that come with that, and we get that in spades. My favorite image from Crush & Lobo #5 features a portrait with Lobo and one of his many lovers. They’re in a loving embrace. She looks secure and loved, and he looks evil and mischievous. It definitely got a chuckle out of me.