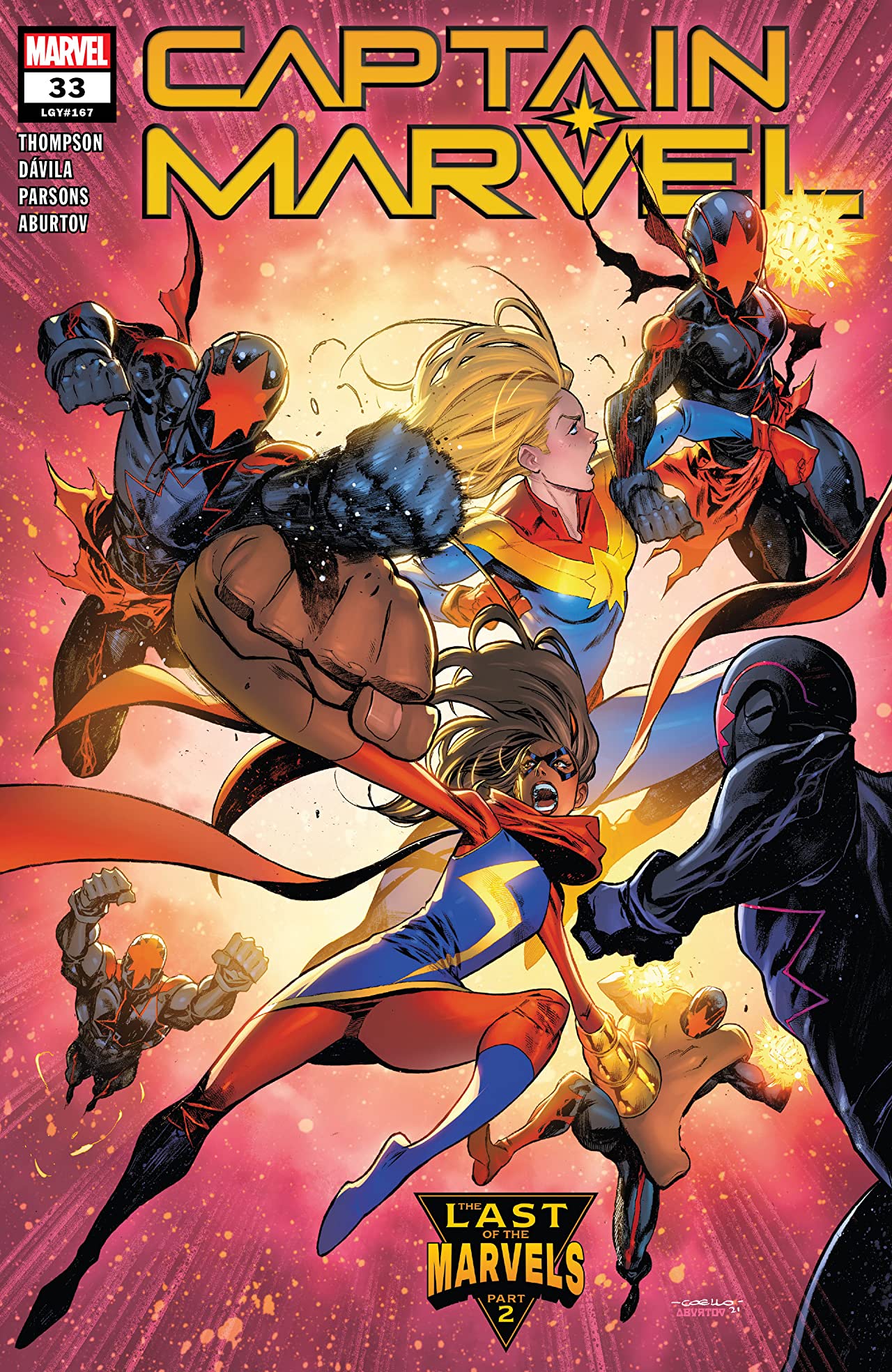 Let me start this off by saying I didn’t like this issue very much. With that being said, Captain Marvel #33 wanted all the smoke and that is certainly something I can appreciate.

Carol is just beginning to put all the pieces together of the black symbiote-like suit attacks on her person. All characters who have been Captain Marvel, or a Marvel character in some fashion have been targeted and Kamala Khan is next on the list. Unless Captain Marvel has something to say about it, and we alllll know Carol has plenty to say.

My favorite scenes from Captain Marvel #33 featured one of the most endearing partners in the current Marvel landscape – Captain Marvel and Ms. Marvel. The mentorship of Kamala has always been a treat, but after the maturation?! Now that the teen has been through some real shit and has experience under her belt, the Marvels’ tag team game is straight glorious.

Sergio Davila kept my heart in this issue, but I wasn’t too thrilled with the script Kelly Thompson gave the man to work with. His depiction of the battle between Carol and Kamala versus the black suit soldiers was so dope. Ms. Marvel, in particular, had some moments of supreme flex that I did not expect. Her embiggening power set can seem a bit mediocre at points, but when the full extent of her powers are shown, homegirl is scary good.

Following the battle and the trouble all of Captain Marvel’s support team gets into, the remainder of Captain Marvel #33 features some typical Carol Danvers missteps and it’s so frustrating. I know she’s a hot head. I know she’s emotional. I know she rushes into situations before developing a well thought out plan. It is known. It’s funny when you know someone or a character and expect great things from them over time, but when they revert back to the person you always knew they were, disappointment ensues. I will say that the villainous angle in this one was top notch. I don’t know where this story will go with a hyperbolic time chamber version of Captain Marvel, but I dig the threat level.

6.5 Fashionable Nightmares out of 10