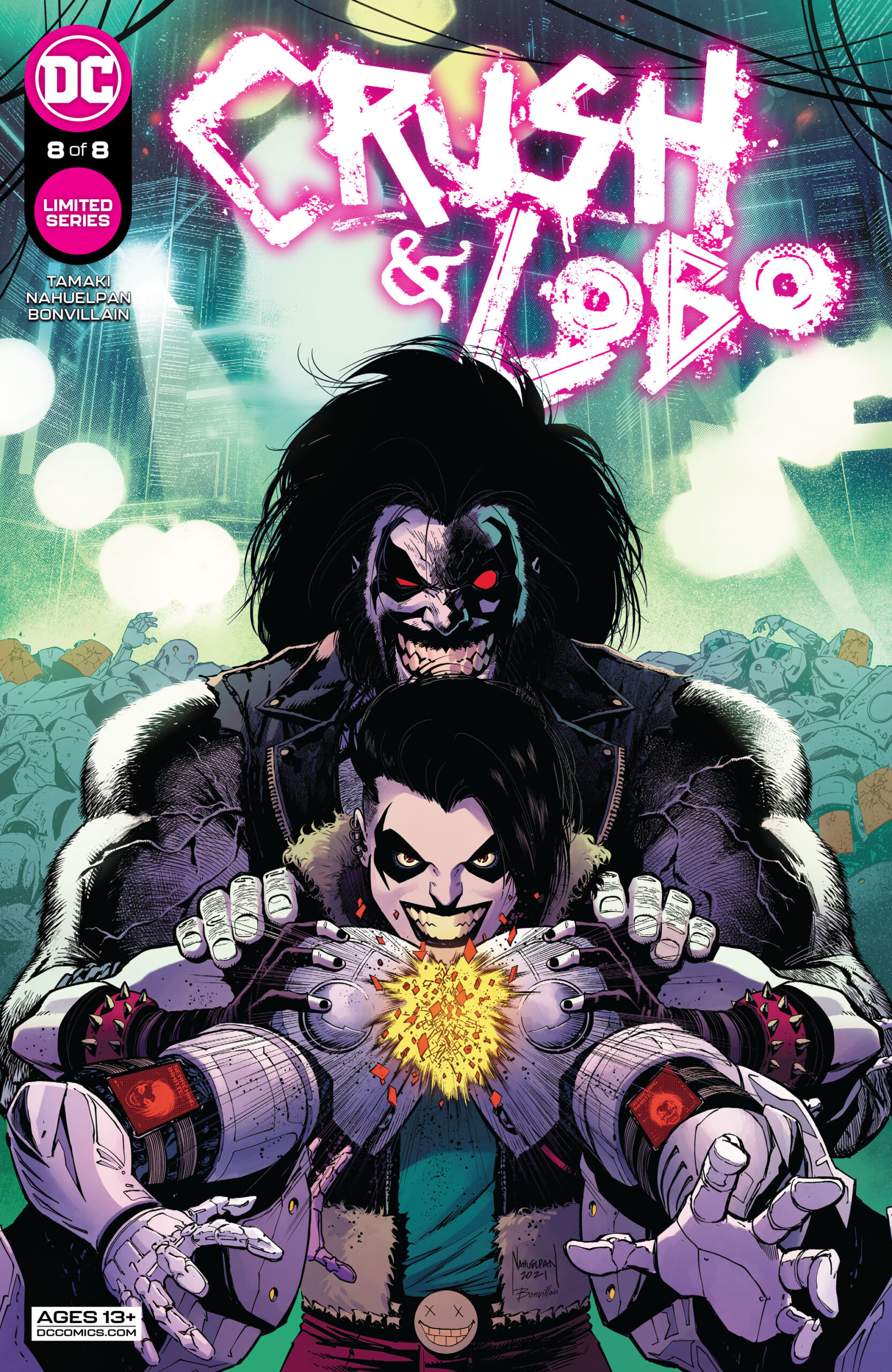 The finale, Crush & Lobo #8, doubled down on its wacky premise, delivering lighthearted action-packed to the brim as the conflict reaches its climax, and Crush is forced to make decisions about her life.

After finally bringing Lobo back to prison after a long and zany chase, everything is flipped on its head when the warden that tasked Crush with this mission actually planned everything out from the beginning, using it all as an experiment. Now Crush & Lobo are imprisoned together, so the warden can experiment on homicidal tendencies and how they are passed on through genetics.

I’m not gonna lie, I wasn’t expecting to get that deep with these characters, but I’m not mad at it. It adds some substance to the story, and it’s a nice twist that adds a new layer to everything. As happy as I would have been if it was just Crush vs. Lobo the whole time, I like the idea that their animosity toward each other was orchestrated by someone else…at least within the context of this story.

You can probably imagine that this was all Crush needed to have her fuse set off, and from that point forward, Crush & Lobo violently annihilate any and everyone in the prison with relative ease, securing their escape, but not resolving their issues.

Crush specifically wants to get back with her girlfriend, but things aren’t completely resolved by the end of Crush & Lobo #8 which makes me feel like we’ll be seeing much more from Crush in the near future.

Nahuelpan and Bonvillain really had fun with the art and the colors in this finale. As entertaining as the action has been in this whole series, it really struck a nice balance between the lighthearted tone the book uses as its identity and a more traditional approach to action when the moments call for it.

All in all, a very solid series.

9 Goodreads Reviews out of 10