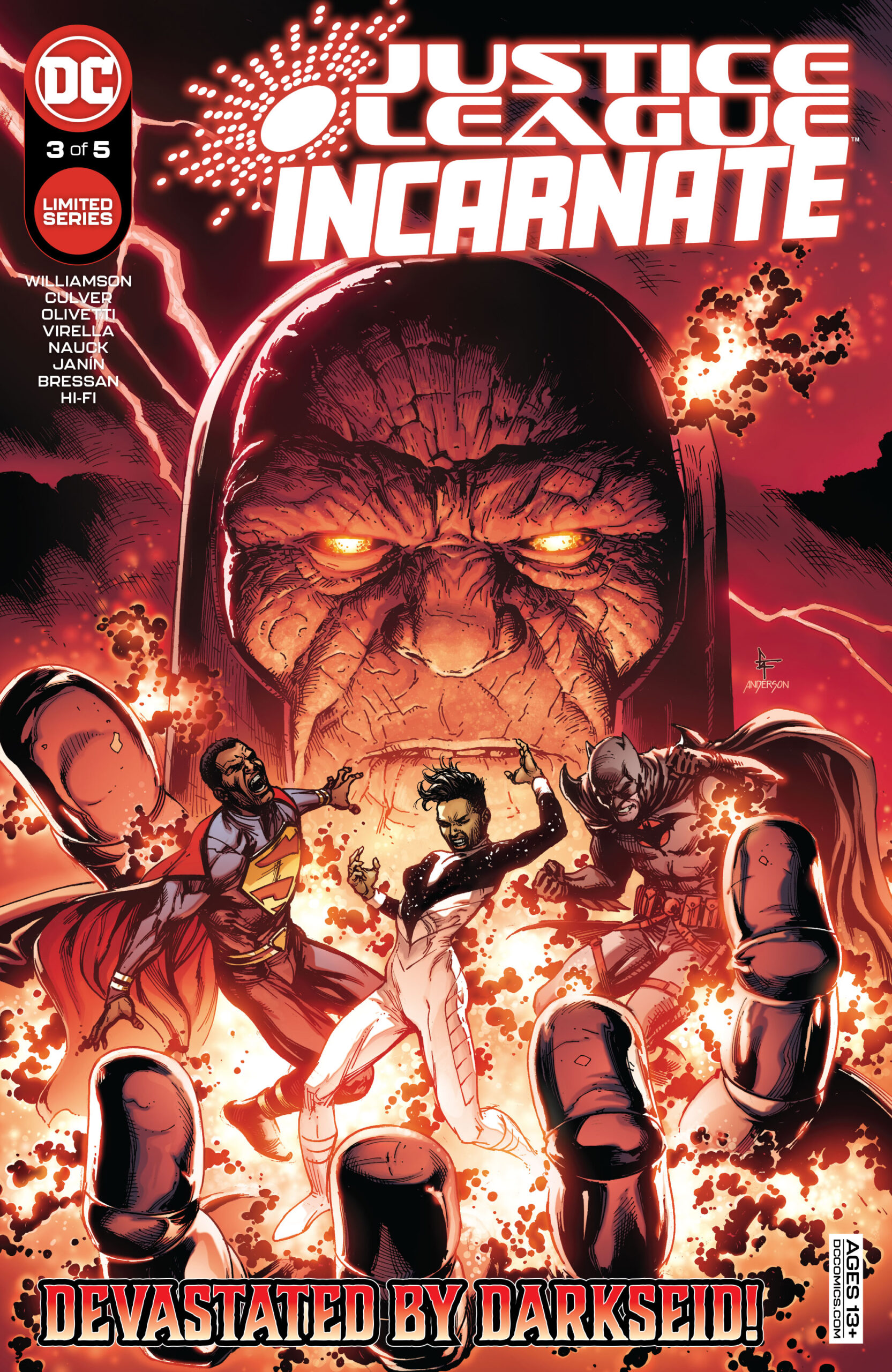 Justice League Incarnate spins out of DC’s Infinite Frontier book that set up the landscape of the new DC Multiverse.

This Justice League team is made up of heroes from across the multiverse as they team up and combine their resources to act as the protectors of every world in every universe. We’ve got Earth-23 Superman, Flashpoint Batman, Captain Carrot, Avery Ho Flash, and Doctor Multiverse to name a few. They’ve got a tall task, but for the most part, they’re able to keep the peace.

That is until a rift in the multiverse is opened. The destruction of everything is already a stressful enough situation, but to make matters worse, Barry Allen is on the other side of the rift, in unobserved space. Darkseid is hellbent on opening the rift wider, causing more death and destruction as a result. The Justice League Incarnate have a lot on their plate, and to be honest, it doesn’t look like they have what it takes to get the job done, at least not yet.

Justice League Incarnate #3 follows the team as they’re split up into different worlds. They’ve got to find their way back to each other so they can resume their time-sensitive mission. Superman and Doctor Multiverse are on a world where comics tell the stories that they live, Batman is on the cartoon world where Captain Carrot comes from, and Flash is on a world with Amazonian pirates. It’s pretty fun stuff.

Traveling to different universes also gives the artists the opportunity to convey the differences between worlds with different stylistic choices in the art. That’s why we’ve got five different artists on this issue alone. Each one brings a unique aesthetic to their world, hitting home the point that everyone is in a different place. This is a technique I see a lot in comics, and it never ceases to amaze me. It’s so simple, yet so effective.