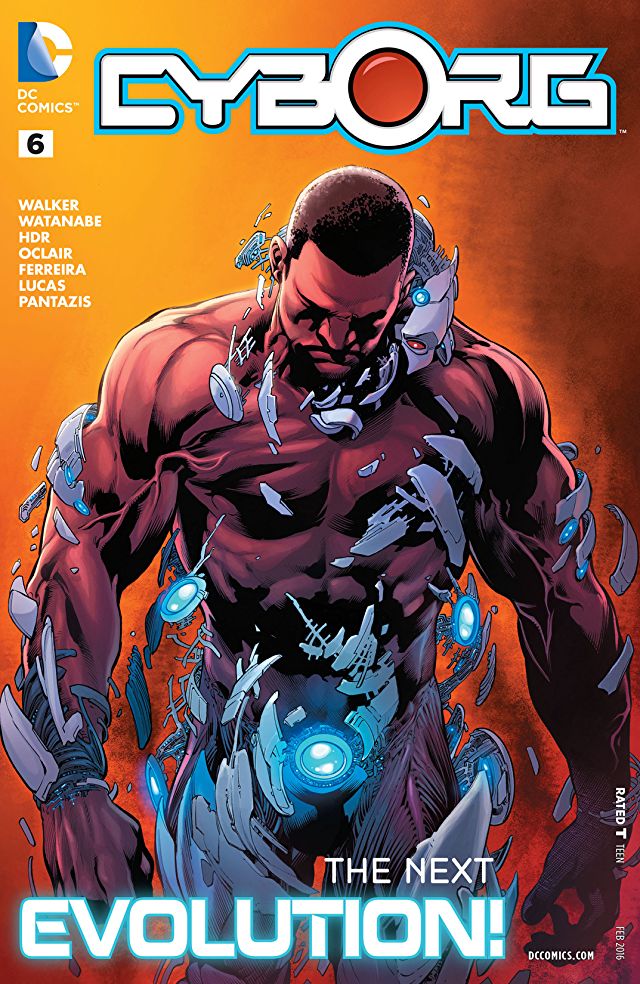 David Walker’s work on Cyborg’s solo series, for better or worse, has made a quantum leap in developing a vastly neglected character that’s been in the DC universe for decades now. The series lays out ambitions and motivations for Victor Stone that have always been alluded to, but never truly explored from his perspective in detail. Also, it establishes a supporting cast as well as a cast of villains and possible threats for future plotlines before the current story was even resolved. 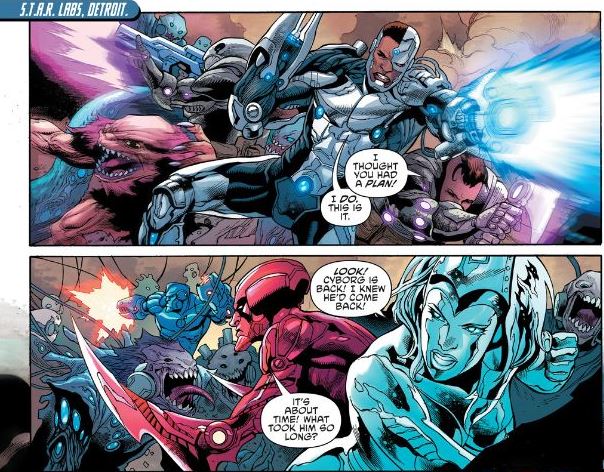 And now in Issue #6, Cyborg and his crew finally take the fight to the Technosapiens invading Earth. The downside to the story arc’s conclusion is that the conflict resolution happened pretty quickly. Really quick. The Dallas Cowboys’ chances for the playoffs lasted longer than the Technosapiens did against Vic. Our hero cleaned house so fast, you almost wonder why we had to sit through all of Issue #5’s technobabble at all.

On the upside, this book finishes off by giving us a lot of the character development we signed up for after the first issue. The ending development leaves some very promising possibilities for Cyborg’s internal conflict later on.

Visually, the book suffers from last month’s complication with having way too many cooks in the kitchen. Three pencilers, three inkers, and it’s decent, but still not as visually striking as Ivan Reis (who only did the layouts) was on the first issue. I mean, there’s some transformative shit happening with Victor that should stand out way more than it does, but falls flat from some of the inconsistencies from panel to panel. 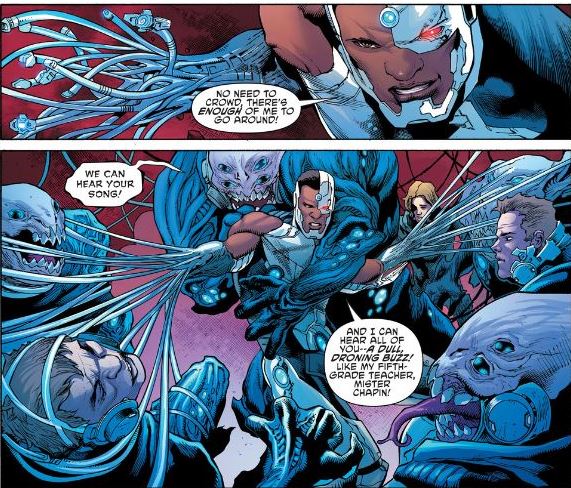 Bottom Line: A quickly resolved, but mainly well handled ending falls just short of it’s potential greatness due to the lag in the artwork.