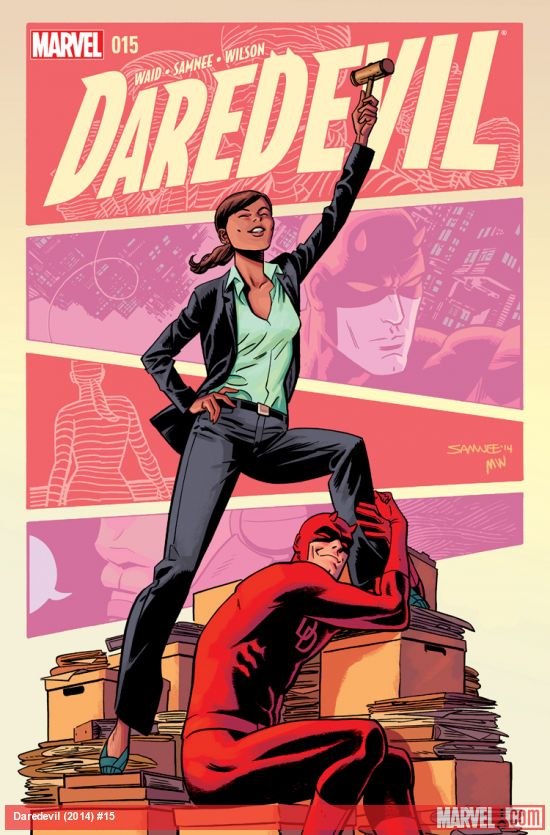 Things aren’t looking good for Daredevil this issue man. We saw the reveal last week that The Shroud is manipulating the owl’s new found tech abilities however we see the extent of that brought up this issue. Mark Waid is not fucking around this week as we see how things can go from bad to worse for Matt Murdock. If you thought folks being cool with knowing Matt’s dual identity would diminish the risk of his life somehow, then you were wrong as hell. 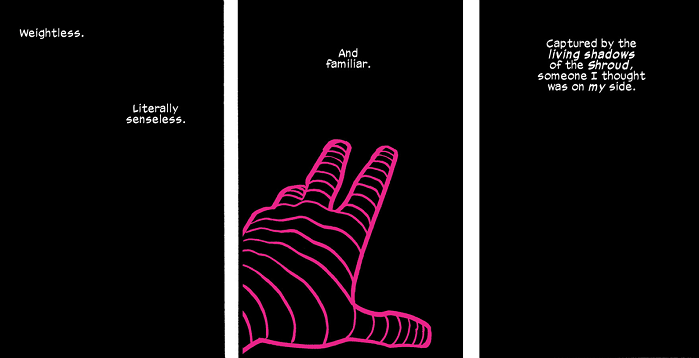 This issue deals with the ways in which Matt Murdock / DareDevil can be brought down. We got a villain that has been a sleeper strategist. The Shroud’s goal isn’t completely clear but his means of accomplishing it? That shit clearer than bottled Poland Spring. Waid is excellent in creating the tense atmosphere that Murdock finds himself in while Samnee’s art visualizes how high stakes the game has become as well as the sense that Murdock’s world has turned inside itself (as it tends to do).

Waid is pulling out the gauntlet for Murdock to run through and making him have to deal with things he’d never thought he would be pushed to do. We’re seeing Murdock pushed into a corner and his resolution to fight out of it is one you will not see coming at all.