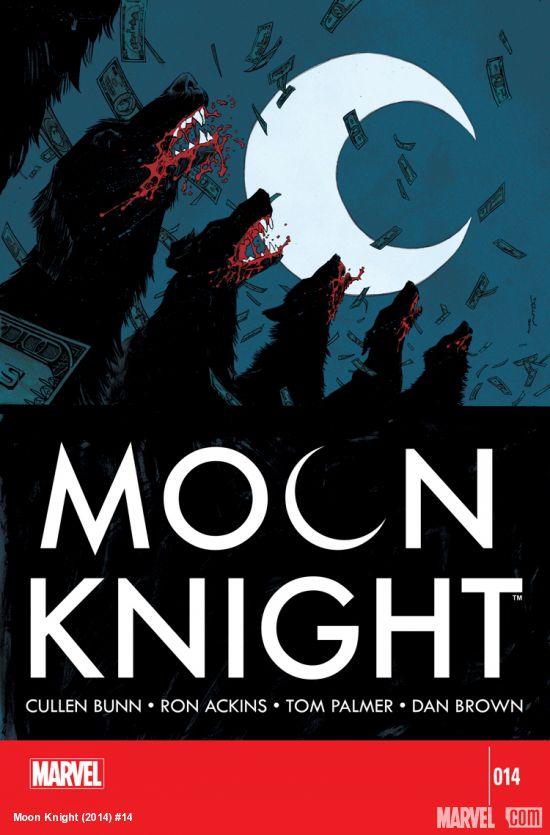 The issue by issue case scenarios continue in Moon Knight. This issue we deal with some animals terrorizing the night. We see Moon Knight back up on his suit and tie shit as well talking with police. This issue was one PETA might not be too keen to view. We see that Moon Knight’s brand of justice goes deep no matter the species. The scale of this case doesn’t feel like the level of danger that we are use to seeing Moon Knight face as in some of the past issues however, it becomes a different story once the confrontation occurs.

Ackins art is very in the trenches when it comes to the action portion of the issue. We see Moon Knight fighting with his usual grace but that soon turns afoul. Ackins can do a great visual for battle damage to represent the severity and magnitude of the situation. The sketches of the characters have a distinct chalk like look as well as with the colors. It somehow fits with the book although the detail can be a bit minimal at times.

There wasn’t much that stood out this issue of Moon Knight. It is interesting to see that his job of protecting the travelers of the night leads him to very weird and out there adventures. Weird is surely the norm when dealing with Moon Knight on patrol. This is still a good book to check out the scope of how “out there” it can get.