type in your search and press enter
1.8K Shares

And on this day, Bast (by way of Netflix) sent to us some of the best damn CGI this side of a Square Enix trailer! I give you: Love, Death + Robots!!!

They Make This Look Good

Let’s start on the surface. The visuals are bananas! LD+R goes hard, y’all. Each entry has a completely different aesthetic which speaks to its individual narrative. They look so good they’re what I imagine real life in 4K looks like. In the “Secret War” episode, I was able to point out at least three different types of stubble! Stubble!?!? The only way I can sum up how dope the anthology looks is to compare it to the dopest digital visuals I’ve seen to date: the combined Star Wars: The Old Republic trailers. Love, Death + Robots is leaps and bounds ahead of those visuals while drawing you in without forty-plus years of continuity. Point is, there has not been a better-looking collection of CGI animation. Ever. @ me if you need to (and at your own risk).

Love, Death + Robots is a haunting and beautiful anthology of macabre sci-fi fantasies. The whole LD+R anthology plays out like lining up the juiciest plot twists of Black Mirror single file and marching them into the deepest recesses of your mind. It follows in the wake of some other legendary animated anthologies like The Animatrix, Halo: Legends, and Gotham Knight. Each of those had different directors, writers, and production houses, they shared the same licensed property. They occupied the same world, and were bound by the same continuity of lore. What separates LD+R from the former anthologies is that it speaks its own language.

Sci-Fi, But Make It Awesome

The stories are S-tier: the writers were straight up working with mercury. Despite the limited runtime of individual episodes, each one features grounded dialogue and fleshed-out characters. More than just employing different directors, Nexflix accepted originals from various studios! Each of the Love, Death + Robots entries brought their own flavor to the mix. The production houses that developed these shorts swung for the fences. This is grown folk animation, people. The subject matter runs the gamut of the human experience, from the philosophical and ethical sci-fi quandaries of episodes like “Zima Blue” and “The Witness” to the comedic and absurd “The Dump” and “When The Yogurt Took Over”. 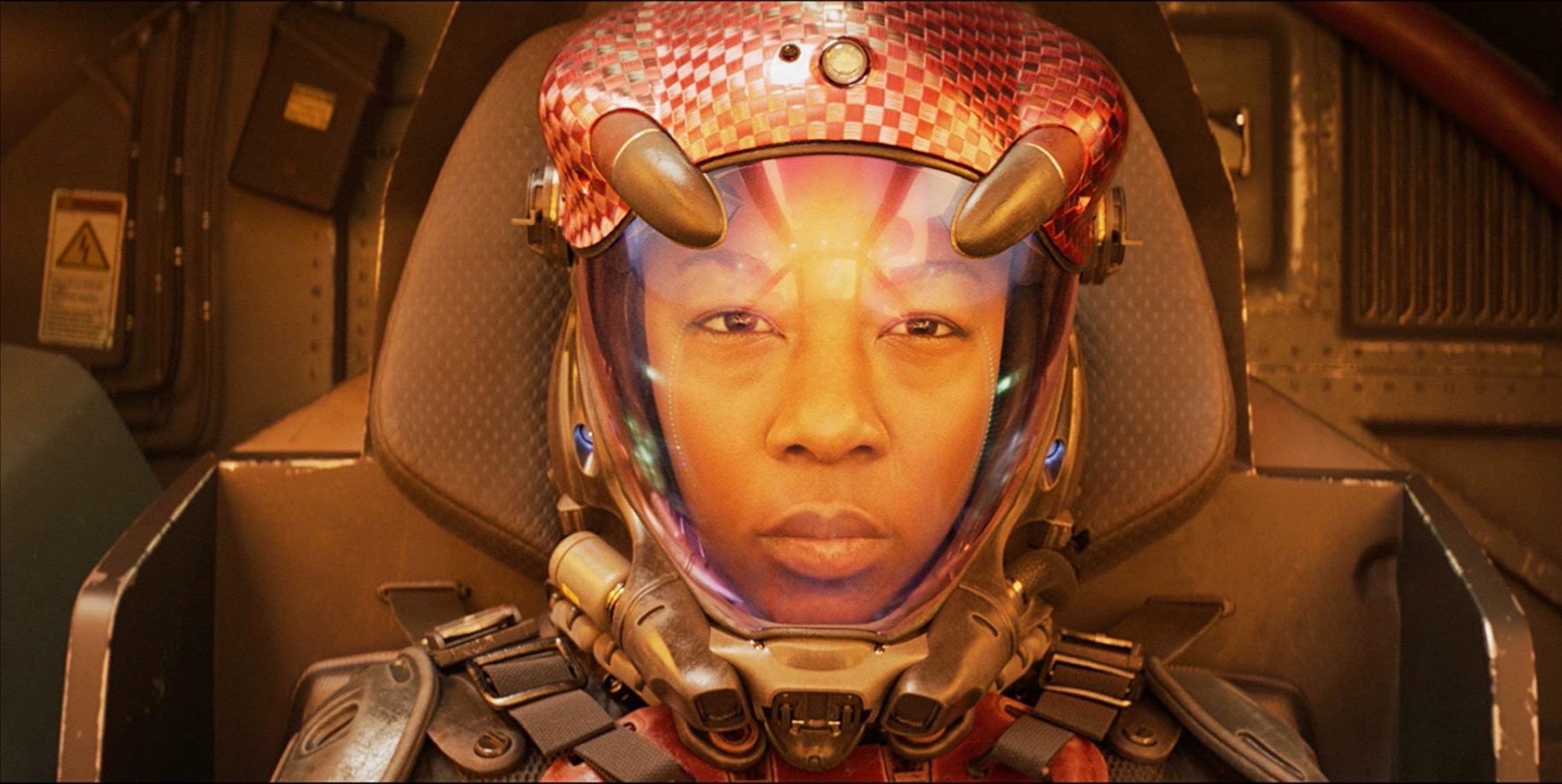 Another distinguishing factor is the stellar voice cast. They got some really well-known actors like Topher Grace, Samira Wiley (they got homegirl’s face rendered AND body motion captured), Gary Cole, and Chris Parnell. They also locked down some of the most renowned voice talent in the country: Fred Tatasciore, Sumalee Montano, Carlos Alazraqui, Maurice LaMarche, Gary Anthony Richardson, and GK Bowes. Netflix ain’t playing no games!

The Future Is Everybody

Let’s talk about ‘the diversity quota’, which felt like it didn’t even exist. Mind you, melanated folks rarely exist in the sci-fi future outside of Wakanda. In light of that, Love Death + Robots never had to force the issue. People of all kinds simply exist in the worlds that populate the series. Black scientists in “Zima Blue” and Asian pilots “Lucky 13”. Women warriors in “Helping Hand” and “Sonnie’s Edge”, folkloric myths from different countries, etc. Yes, there are still stories relating to white folks’ experiences, but they don’t stand apart from, they exist alongside and in conjunction with the other universally human stories.

Samira Wiley’s performance in “Lucky 13” was one of those that stood out for me; mostly because there aren’t as many Black, femme-read pilots (in any fandom) as there are others. I got the same grit, determination, and skills that pay the bills from Wiley’s “Cutter” Colby as I did from Jada Pinkett-Smith’s Niobe from The Matrix (the first time I’d ever even seen a Black /woman/ pilot) and Lashana Lynch’s Maria Rambeau from Captain Marvel (the last time I’d seen a Black /woman/ pilot).

My favorite episode might be “Good Hunting”, a gorgeous piece that explores Chinese mythology at the precipice of an industrial revolution and a colonial occupation. The fight choreography and animation are on point. This is almost a given, but what struck me was the beauty that existed amidst the tragedies of cultural assimilation and social displacement. Not many pieces of fiction in any medium go from myth and magic to anticolonial sentiment and elevated steampunk. By the end of it all, I thought of the anthology as ‘For Othered Nerds Who Considered Mainstreaming When Toonami Wasn’t Enough’.

The Birds And The Bees

Important to mention: this is not for kids. Netflix is out here having the tough conversations with us that our parents didn’t give us because we had the Internet. Netflix definitely emailed me, saying it’s a TV-MA rated “NSFW animated anthology”. They weren’t kidding, people! There are full frontal scenes galore, straight-up sex, and more CGI-rendered penis than you can shake a censorship bar at. With the exception of one episode, the whole thing is either flesh, gore, or expletive-laden. I found viewing LD+R very refreshing in the age of homogenized media and conglomerates. Here is fiction that speaks to the age we live in, while questioning what future we want to shape.

If you are looking for action, fantasy, sex, sci-fi, and everything in between – you’ll find it in the beautifully designed and strangely addictive animated gem Love Death + Robots.