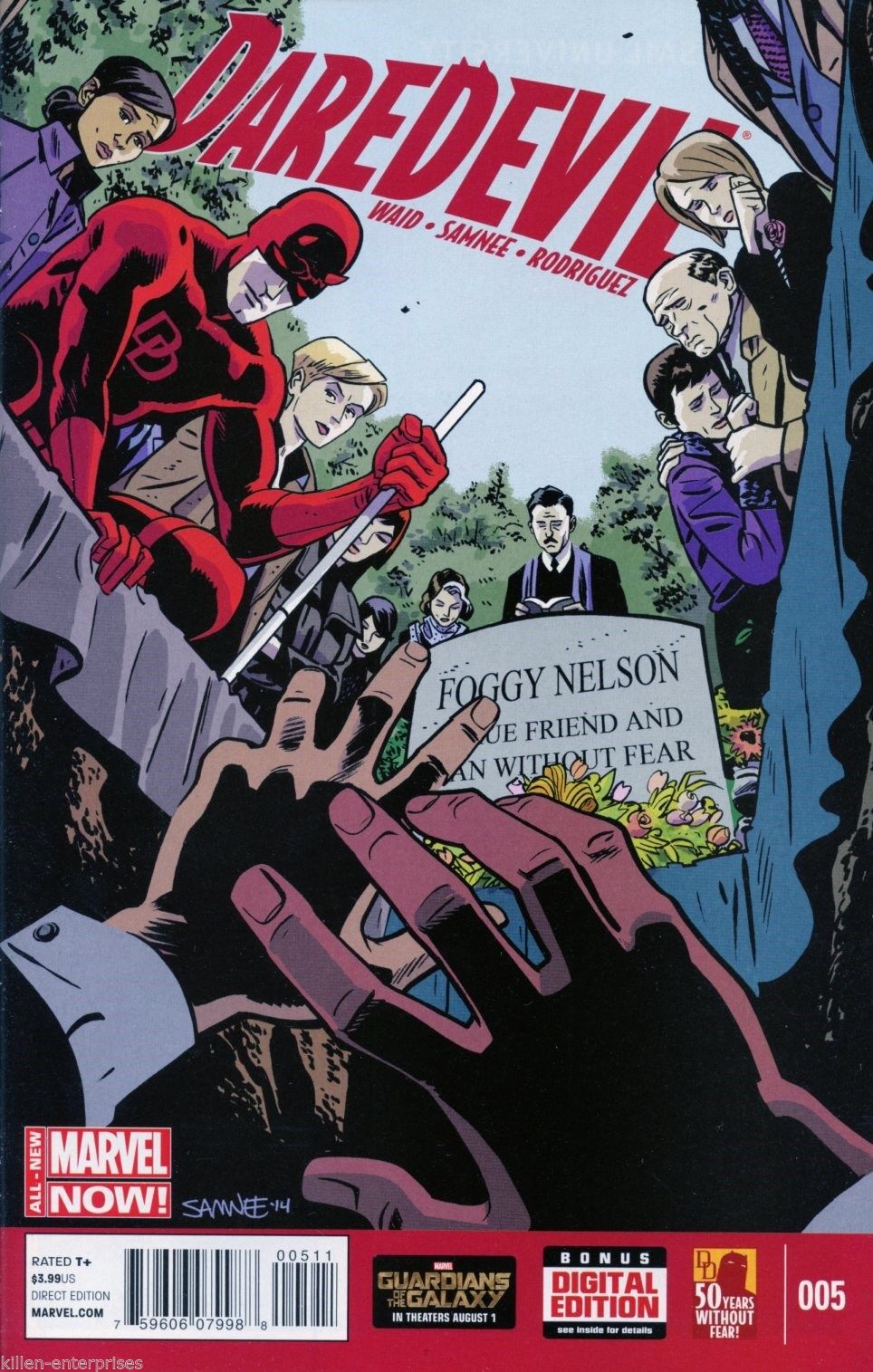 Waid & Samnee present an issue friendship between Matt Murdock and Foggy Nelson. Foggy is still dealing with cancer, while Matt has enlisted the add of Hank Pym to help prevent further spread on a molecular level (with a hands on approach). The Matt is optimistic about Foggy surviving the cancer but the real issue is Foggy having to “die”. We get presented with what it means for Foggy being friends with Matt. Foggy is basically being pushed into going along with faking his death to protect himself from attacks now that Matt revealed he is Daredevil (for the 43rd time by my count).

Foggy doesn’t get much say in the matter either, his biggest regret is that he doesn’t get to go out in a blaze of glory. However as happenstance would have it an attack from one of Daredevil’s most dangerously obscure villains The Leapfrog presents an opportunity for Foggy… with some help from Matt of course. 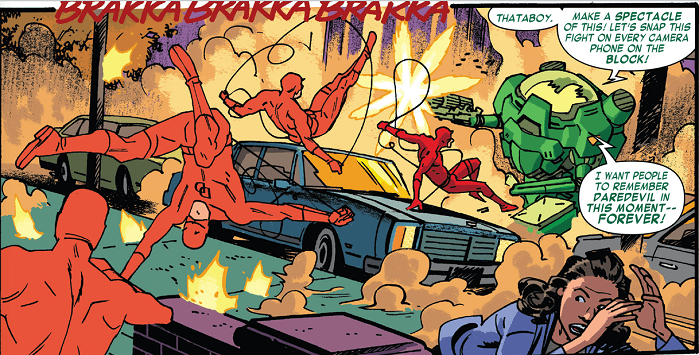 Rodriguez’s art has no flaws this issue. He delivers a clear cut picture for each panel. the detail in the characters is somber, compassionate, frustrated and courageous depending on the mood. The art sets a great tone through out the read in this issue.

This wasn’t a gigantic plot moving issue, however it was great to see what happened to Foggy in the mean time. How he died, why he died, and how being friends with Matt Murdock is frustrating as all hell…but you put up with it cause no one could care for you deeper than Matt. This was a good break between arcs I feel. Matt’s supporting cast getting development is a great thing.