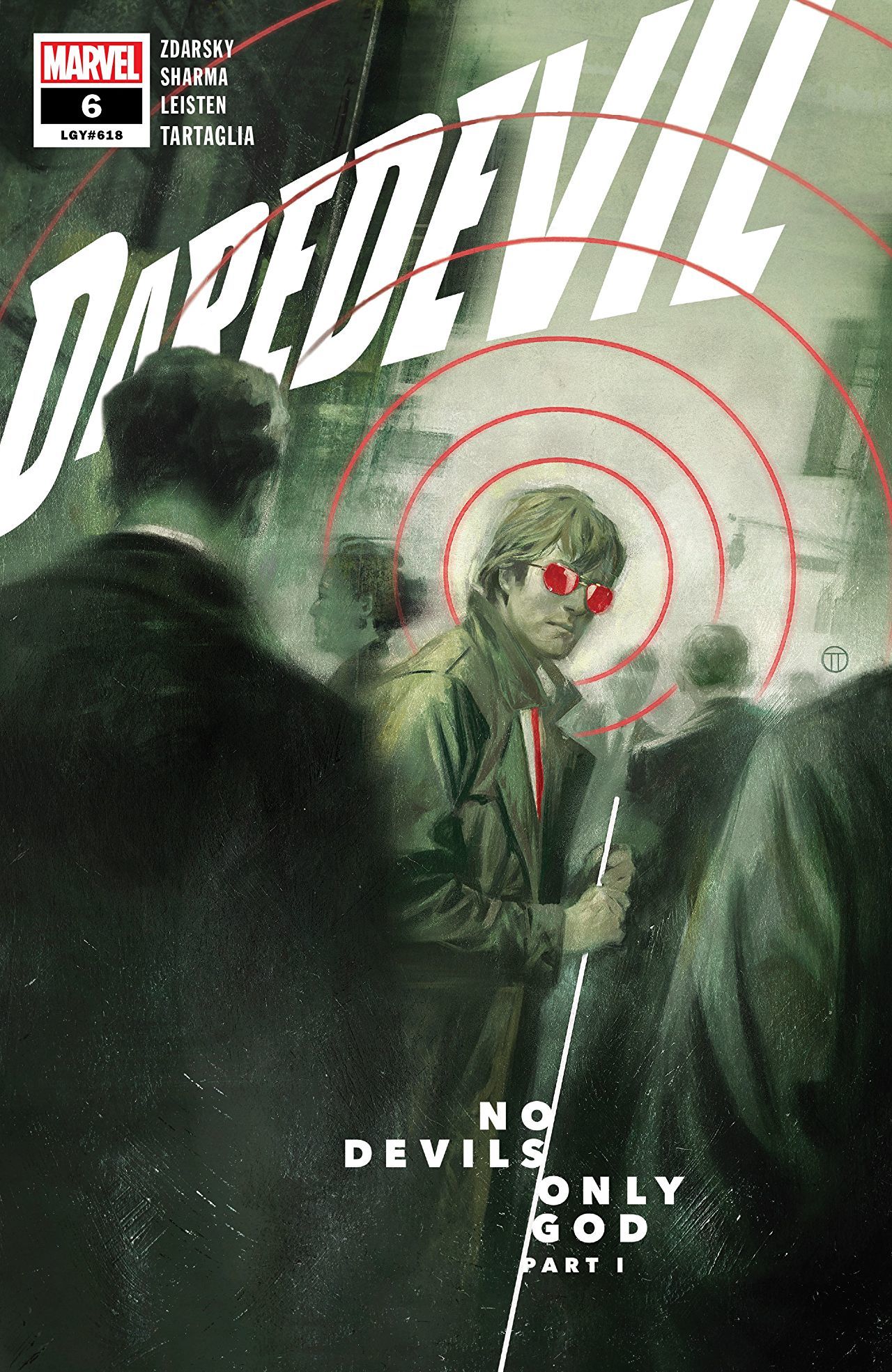 It’s my favorite time of the month, Daredevil week! Issue #6 marks the beginning of the latest arc, “No Devils, Only God”. The dramatically named title follows up on the “Know Fear” conclusion with Daredevil hanging up the tights after accidentally killing a criminal. Spider-Man decided and Daredevil concurred that he was no longer able to hero well enough to prevent unnecessary carnage. We pick up two months after Daredevil’s retirement and follow the lives of Matt Murdock, Detective Cole and Kingpin. Two of them are handling the loss of the vigilante poorly while one is thriving. 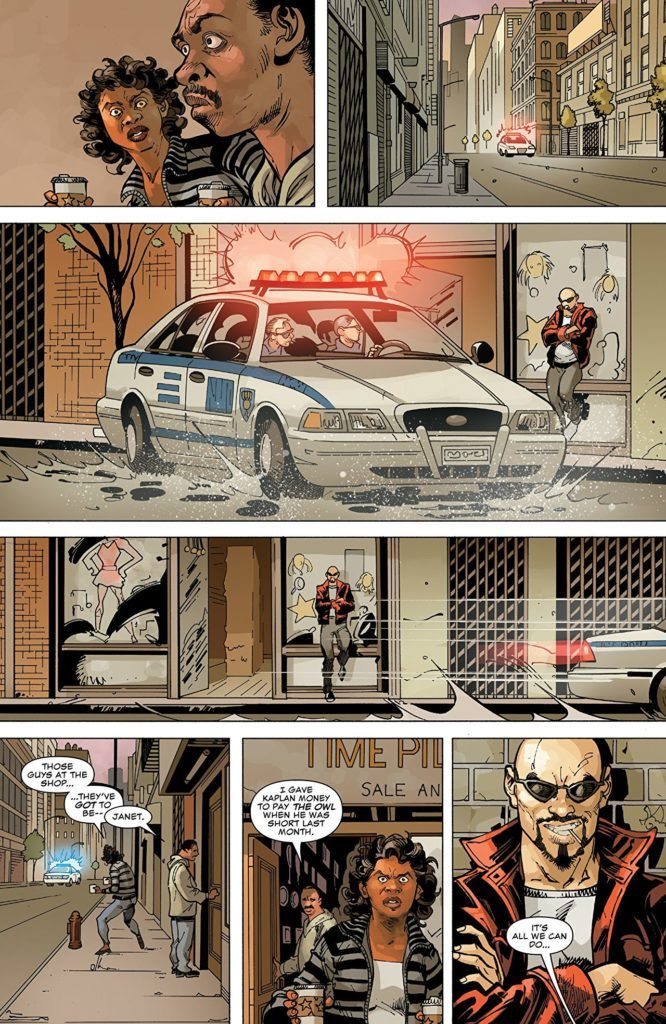 Murdock has adapted well to civilian life. “I thought I’d miss it . . . But honestly, I’ve never been happier”. He’s walking around buying strawberries. He’s buying old books and getting enchanted by women who aren’t into him. Most importantly, he has a new job as a parole officer. In true Murdock-ian fashion, he operates in a broken justice system with a spirit of righteousness. Detective Cole is in the awful spot of a cop trying to do the right thing in a broken police culture. Granted, “the right thing” in this respect is trying to arrest superheroes but it doesn’t make the ostracizing and literal abuse he suffers any easier to watch. He’s having a much harder time trying to take down Spider-Man and the lack of progress is taking its toll. Mayor Kingpin is working through the steps of loss violently with the help of some prisoners he has access to. Meanwhile, a local shop owner is being harassed by the Owl. Their friend, the wife of the shop across the street witnesses the abuse and she sees a certain superhero’s costume that may or may not inspire her to action (It definitely will).

Zdarsky does well laying out this Daredevil-less world through the lenses of these characters. He uses this title as a critique of the criminal justice system introducing an activist calling for prison abolition. I like that Matt Murdock is not hostile to the idea even as he works within the system. It is always fun to read Murdock’s inner monologues describing the sounds and smells around him. Even without him as a superhero, it scratches a little bit of that superpower itch. 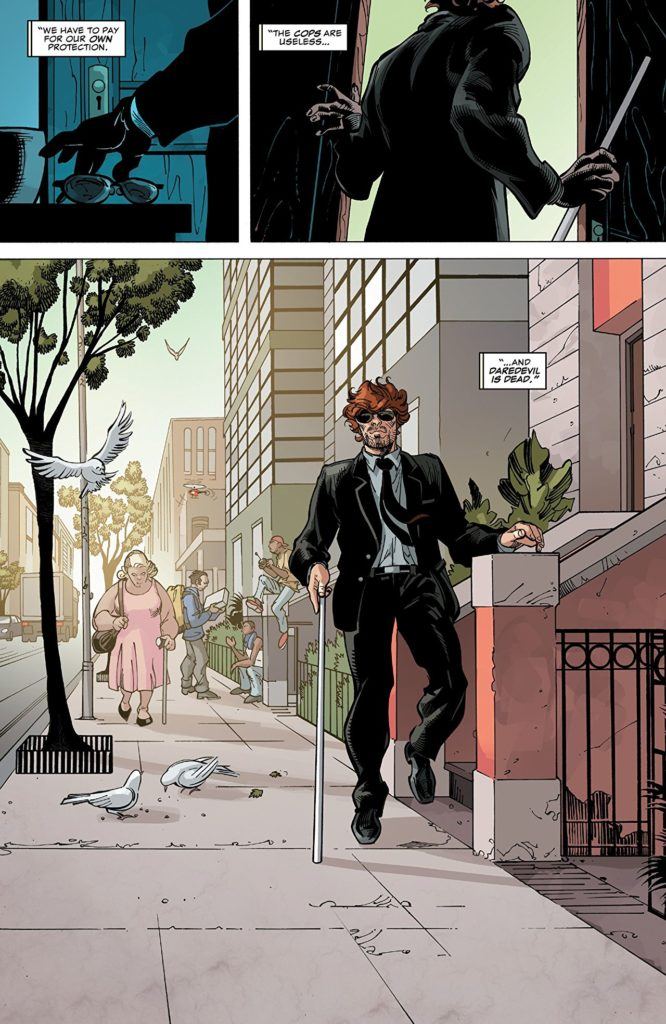 The unfortunate thing, though is that the loss of Marco Checchetto shows. Most of the book is fine but there are quite a few panels that are noticeably bad. There are issues with proportions and some of the bodies just look weird to the point that is takes me out of the great story that Zdarsky is telling. I won’t write off Kumar right away. Let’s hope these are just first Daredevil jitters and that the rest of this arc is up to par.

By the end of this comic I thought, “Zdarsky, don’t hint at Black Girl Magic if you aren’t ready to commit”.

7 “Parole Officers with Heightened Senses” out of 10