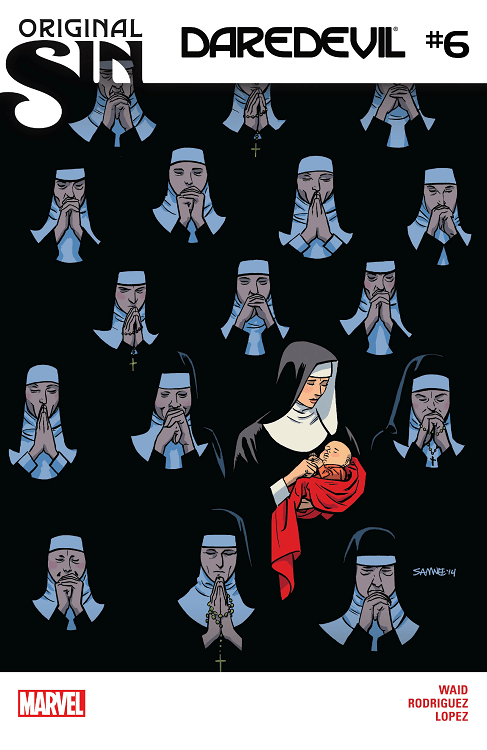 The Daredevil original sin cross over goes right for the feels this issue man. Daredevil gives us a great break down on the neuroscience of the human memory. this issue was full gear from page one. 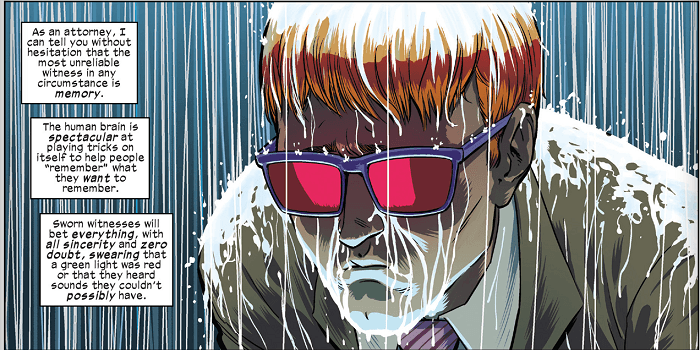 The issue deals with the revelation that the father Matt has worshiped all along may not have been all that good a man. When the Watcher bomb goes off Matt finds himself bombarded by secret memories of his mother (Grace) on the floor with a bruised lip afraid of Jack Murdock as it is implied that he struck her. Matt recalls how his father never laid a hand on him (continuity suggests otherwise but that’s not my business) as he is dealing with needing to know the truth about all the parts he doesn’t know about his father. Matt finds out that his mother (a nun under the alias of sister Maggie) has been taken away, without due process, and is being held without any rights for her part in a protest at a military site. We see Daredevil take to uncovering who is behind all these cover ups.

The best part about the book is that we get to see Rodriguez display Matt using his hearing in order to pick up pieces of a conversation at a certain embassy that will tell him all he needs to know about why his mother and her friends are being held against their will and not being given any rights. I won’t ruin the surprise of who is behind this but let just say I am kinda not feeling it (why it gotta be them thoo maaan?). Dardevil gets that work too which make sense considering where he is trying to break into. This certain embassy was able to use the public identity of Matt Murdock as Daredevil against him. That was an unexpected turn in the book I happened to enjoy.