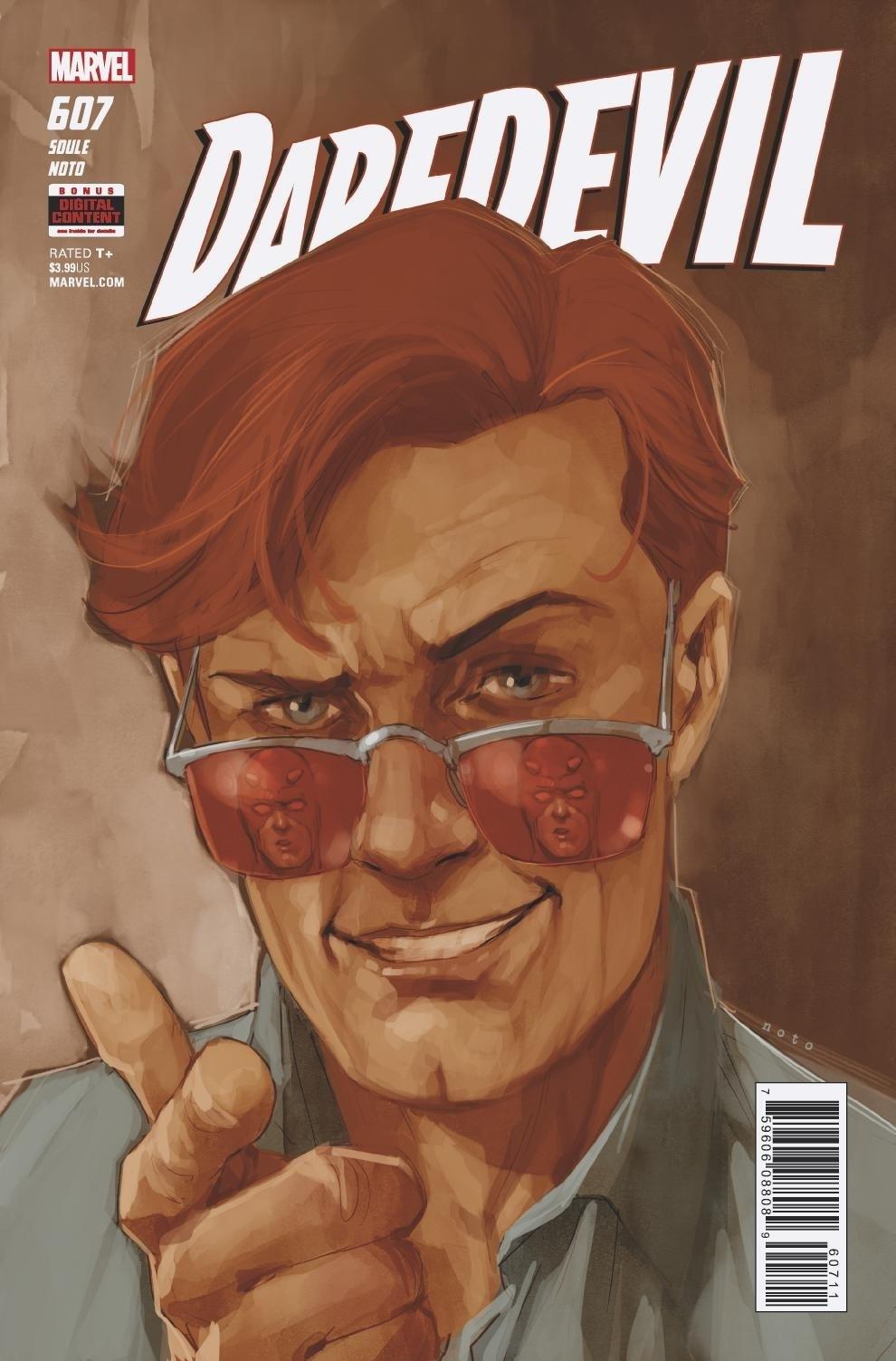 If Daredevil #607 proved anything to me it’s that Charles Soule is bold as hell. The last couple of issues marked the end of a crazy storyline with Mayor Kingpin (then Mayor Daredevil and then back to Mayor Kingpin), a Hand invasion of New York City and an ancient order of teched out paladins. Next, we learn that Kingpin stole the election, so Matt puts together a team to investigate. Cool, right? Focused. Politically relevant (especially after this past week). Soule then turns around and says, “Screw that! Boom! Matt Murdock’s long-lost twin brother Mike Murdock, GO!” My eyes figuratively rolled to the back of my head. My bitter skepticism turned into a surprisingly impressed nod and “Hmm”. This book turned out pretty good overall and VERY good for a book rehashing some obscure reference from Daredevil’s Silver Age comics.

The book opens with a history lesson of Mike Murdock, the fake twin brother created to convince people that Matt Murdock is not Daredevil. It’s as ridiculous as it sounds but Soule does well to channel an acknowledgment of said ridiculousness through Daredevil’s retelling of the story. “ . . . seems like everything was more elaborate back then”, Daredevil muses.

After the recap, we’re interrupted by an unexpected (by all involved parties) attack by a group of low-tier villains (Daredevil says as much about them). My highlight was one of the villains just hanging out at the bar knowing damn well he’s a driver, not a fighter. Thankfully not dragging the appearance of this fictional character in this fictional story (fictional squared? cubed?), we’re given an explanation for his appearance. In the long list of possible explanations in the comic book world, this was one I didn’t see coming, isn’t too cringe-worthy, and actually loosely ties into the main storyline. Mike’s role in the ongoing story is yet to be seen but kudos to Soule. Like the last arc, he seems to be able to roll well with the elaborate and obscure.

A quick note: The story was so notable that it would be easy to overlook the art. Phil Noto draws this book well. The faces are especially impressive, including the incredibly well done cover. Who would have thought my favorite cover of the week would be of Mike Murdock?