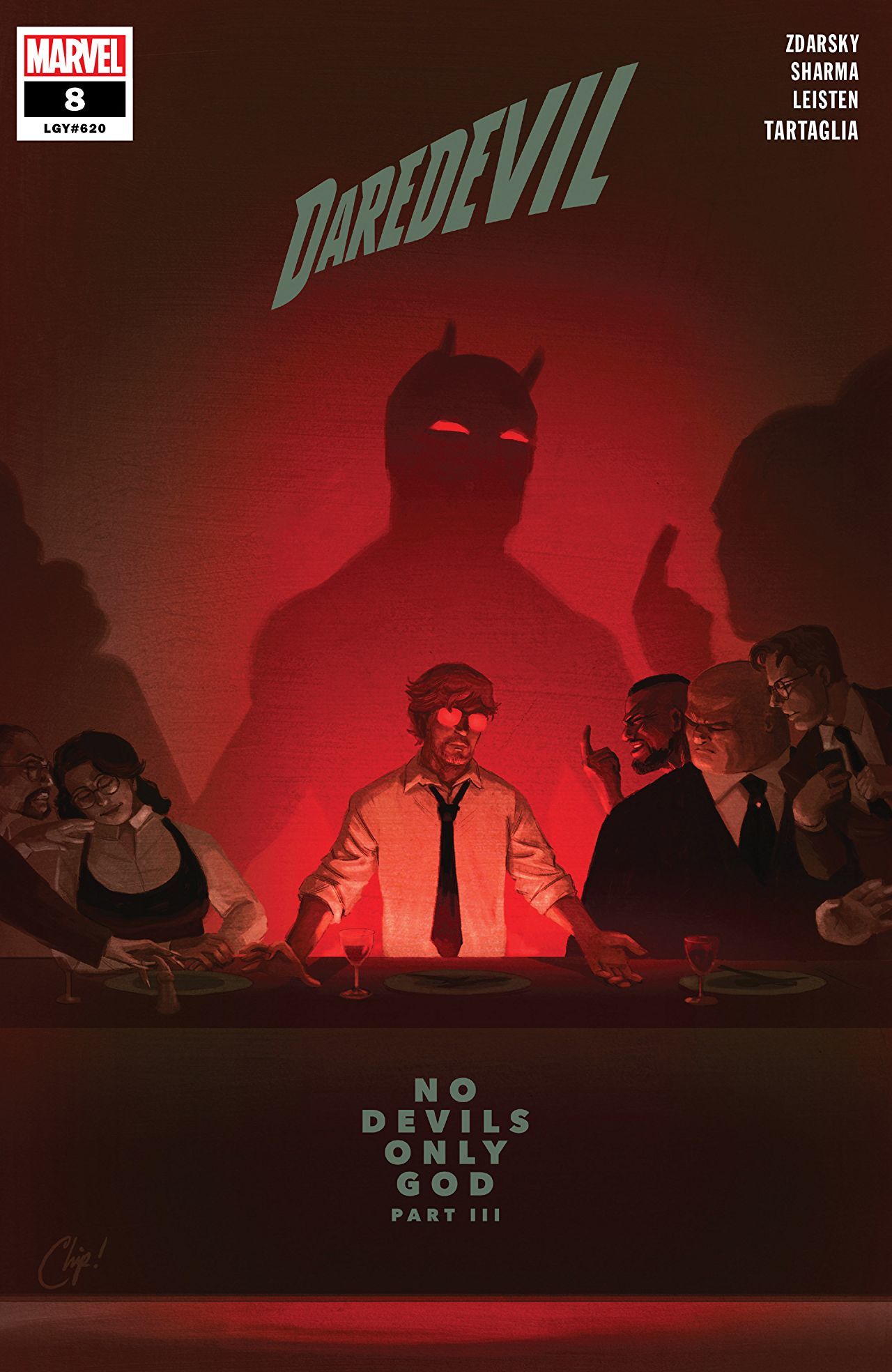 Matt Murdock is a devout Catholic. When I think back at all the Daredevil comics I’ve read, though, many of them involve him either struggling with his faith or a priest (sometimes a nun) telling him he’s not being godly in his violence. After Daredevil #8 I’ve realized that his true god is the law. Of course, he isn’t the most faithful servant when vigilantism is the cornerstone of his character. But this comic has one of the most righteous monologues I’ve read from Murdock. 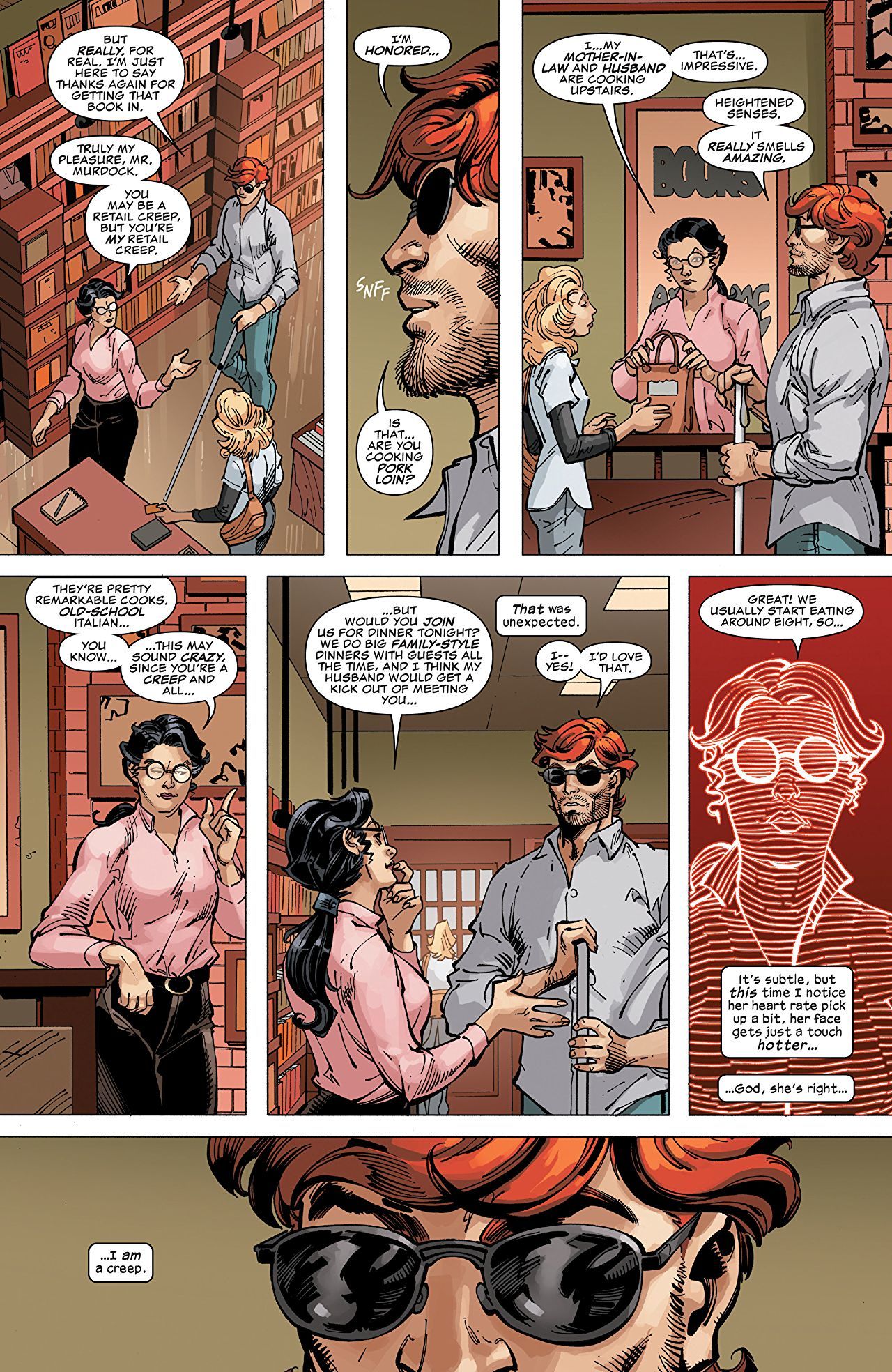 Zdarsky and Sharma bring us the third part of the “No Devils, Only God” story. Murdock is feeling thirsty and visits his new crush, Mindy. She owns a bookstore and helped him get a gift for Foggy Nelson. Her notable characteristic (In Matt’s “eyes”) is that she is not attracted to him. Like a teenager, he’s drawn to her and on their second meeting he senses that she’s flustered right before she invites him to family dinner. To Matt’s surprise, Mindy is married into the Libris crime family. The dinner becomes a debate and discussion about the law. It ends a bit less civilly and Matt learns that the symbol of Daredevil has inspired people to seek justice while wearing the mask. Meanwhile, Kingpin’s trying to get weed legalized (weird, right?)

Let me just get this out of the way. The art is as bad as it was last issue and I don’t want to talk about it. Alright, now to the story which is very interesting. 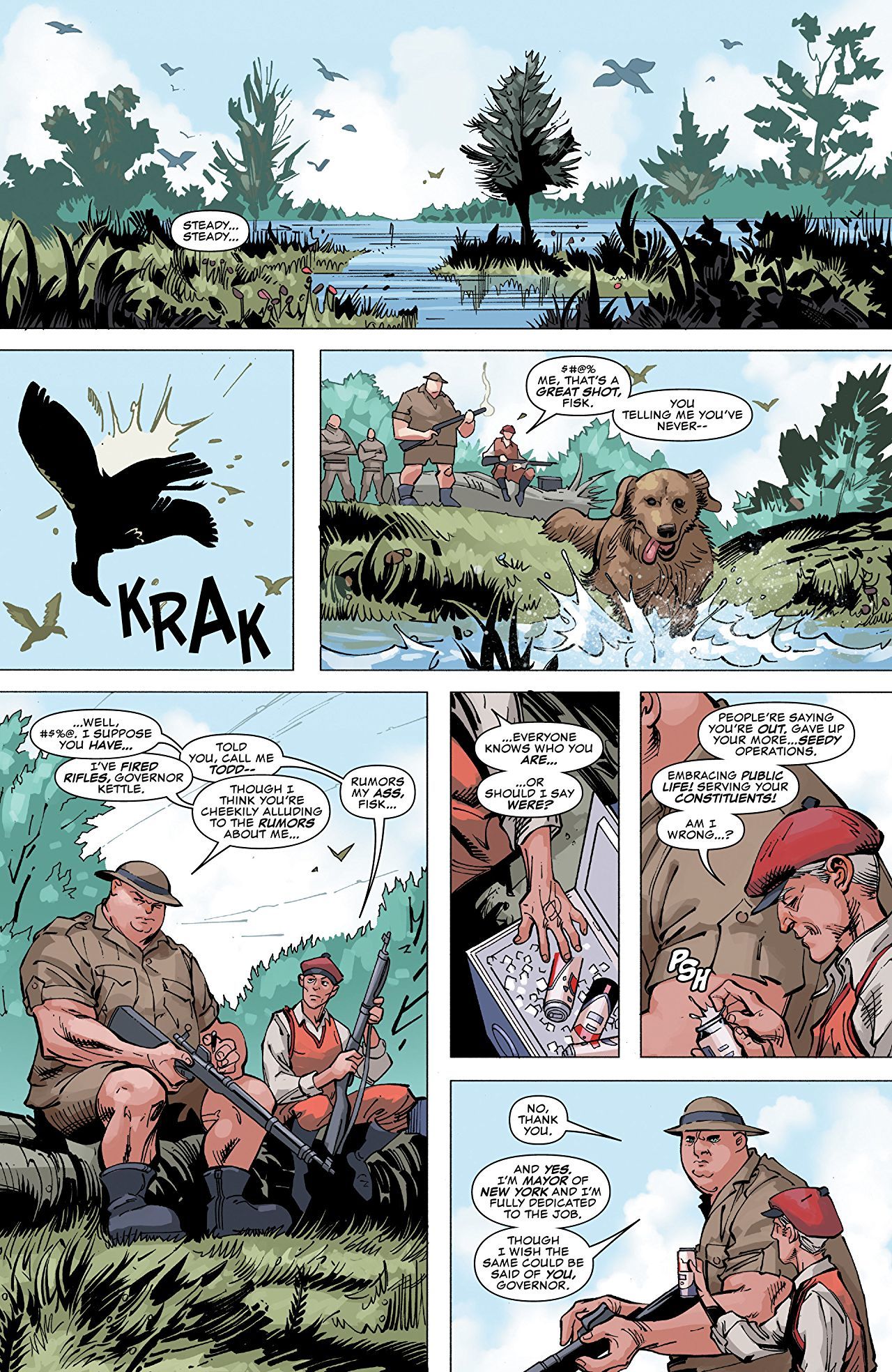 “I like rules. I like that people before me made a system to make things fair and equitable” Also, “The law protects everyone. It’s about equality”. I just about choked when I read that. Wait, what system is he talking about? The justice system? The American one? I appreciate Murdock’s reputation for working within the system (sometimes) to make it more just but to describe it as he did without the caveat of its failing to live up to that ideal since the country’s founding is absurd. The leader of the Libris family had a similarly absurd defense for crime. “Crime . . . keeps property values within reason. It keeps the developer and yuppies . . . away” She’s essentially saying that crime is a good thing because it prevents gentrification. She might have had a point if people living in high crime areas didn’t routinely struggle to make ends meet, have worse educational and health outcomes and die of violent crime. Zdarsky could have had the Librises and Murdock make stronger arguments. Still, the back and forth was compelling.

One thing I’ll mention with no context to get you to read the comic: Murdock knocks the leg out from a chair and causes an old woman to fall and break her hip. That is all.