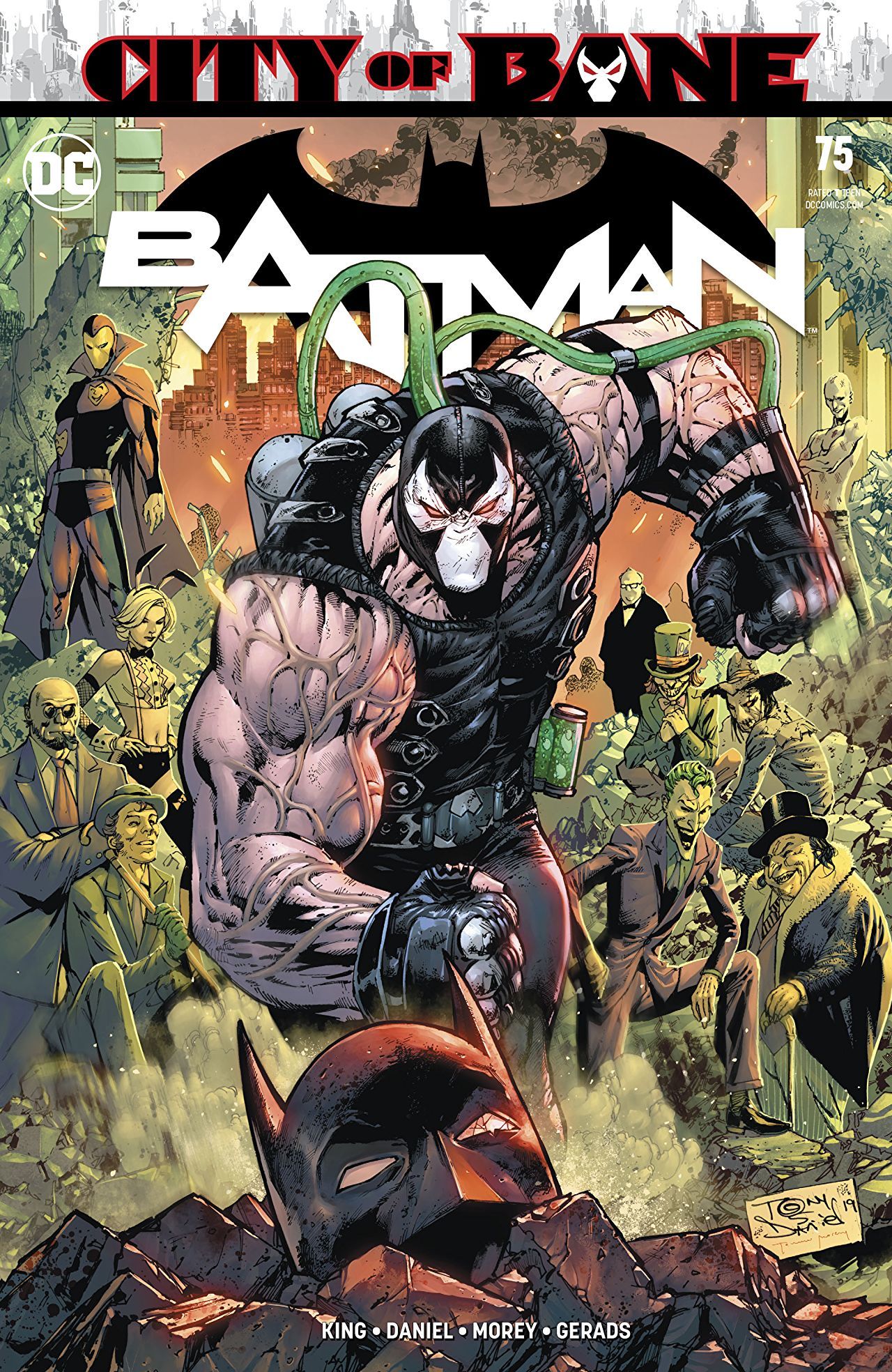 Issue #74 of Batman ended with Bruce and Thomas Wayne duking it out in the desert with no clear winner. I presumed that the winner was Bruce, which would’ve punctuated his time spent in the darkness. But it looks like I was wrong. Issue #75 takes place some time after this fight and reveals that Thomas was the one to climb out of the Lazarus Pit and make his way back to Gotham City. Some time has clearly passed since then, as Gotham is a totally different place. So much so, that it’s not entirely clear if what we’re reading is part of the current narrative or if it’s another pipe dream/headcanon similar to the issues following #60.

This is actually one of the flaws in this issue. The ideas that it presents are overall ambitious and respectable, but feel out of place with no lead-in. With all of the tricks that King has played on readers recently, this feels like a poor time to expect us to make logical leaps of our own. This is probably the time to hold our hands a bit until we can trust what we’re seeing again. For example, the issue starts out with the Riddler and the Joker working as partners on the Gotham City Police Department. First of all, what?!?! Second of all, how did we get here?!?

The shock of the issue continues as we see that all of Batman’s villains are essentially being used as a militia to do the bidding of Bane and Thomas Wayne by keeping the city in check through their own villainous means. But the biggest catch is that the villains are the only ones who have changed. Likely through some sort of hypnotism from Psycho-Pirate, all of the villains have been convinced that they should follow Bane’s bidding and get Gotham City under his control.

Again, these are fascinating things to see. But I’m not sure it’s best used in the final dozen issues of a main Batman series. This would best be used earlier on or in another series. On the other hand, hearing Bane’s super-villain monologue is a welcome explanation as to what the hell is going on here in this upside down world. Once it becomes clear who exactly is in the conversation on the last page, things start to click with hindsight. But that’s honestly asking a lot of readers in a 40-page issue.

Tonally, the first 50 issues of Batman and the following 25 are very different. The former was a build-up to a specific moment—the wedding that wasn’t—and every moment felt like a necessary step forward. The latter has been full of ambitious, mind-bending twists and turns that leave the reader searching for solid ground. With 10 issues left, the hope is that King and co. will find a balance between the two, if not a return to the grounded realism of the first 50 issues, as this series is brought to a close.