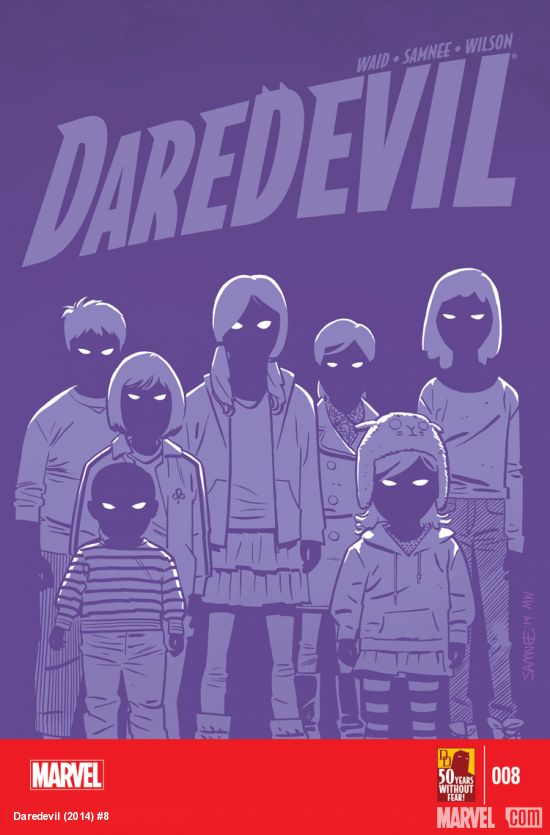 This issue was surprisingly great. We get a brief look into Kirsten’s family as they invite her and Matt on a yacht cruise in order to reconnect with his daughter. We come to find out Kirsten’s father is a publisher and wants to hand Matt 8 mill for an autobiography of Daredevil. Matt contemplates this as he gets called in to help with a crime scene. Murdock is working closely with San Fran police, however this case isn’t as open and shut as it seems. It appears a moms threw herself off the roof and her child has vanished. This isn’t a simple suicide and kidnapping because as we come to find out… The Purple Man is back.

For those that dont know the Purple Man is a spy that got mind control powers along with purple skin. Bruh does some fucked up shit man. Like… straight rape culture poster boy shit. We’re introduced to him in the opening scenes taking these children away. Come to find out there are his children, he gives them a monologue about being able to obtain all the riches with these powers yet a significant other is fleeting cause everyone tells you what you WANT to hear. (I ain’t going to get into how twisted that shit is in this guy’s case but he has gathered his kids together in hopes that they become a hive mind able to resist his commands, love him and help take over the nation…. man listen these kids got plans of they own tho. 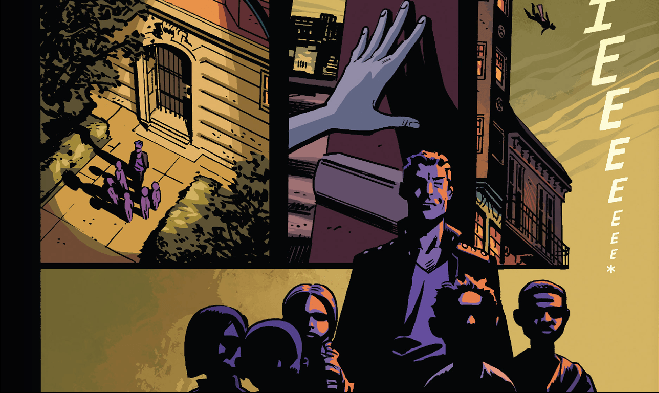 Waid did a great job reintroducing us to this asshole of a villain but what really seals the deal is how his kids come into play. Looks like Marvel now is applying for the villains as well man. It’s looking like the purple children of the corn right now and I’m not too sure how DD is going to be able to stack up against them.