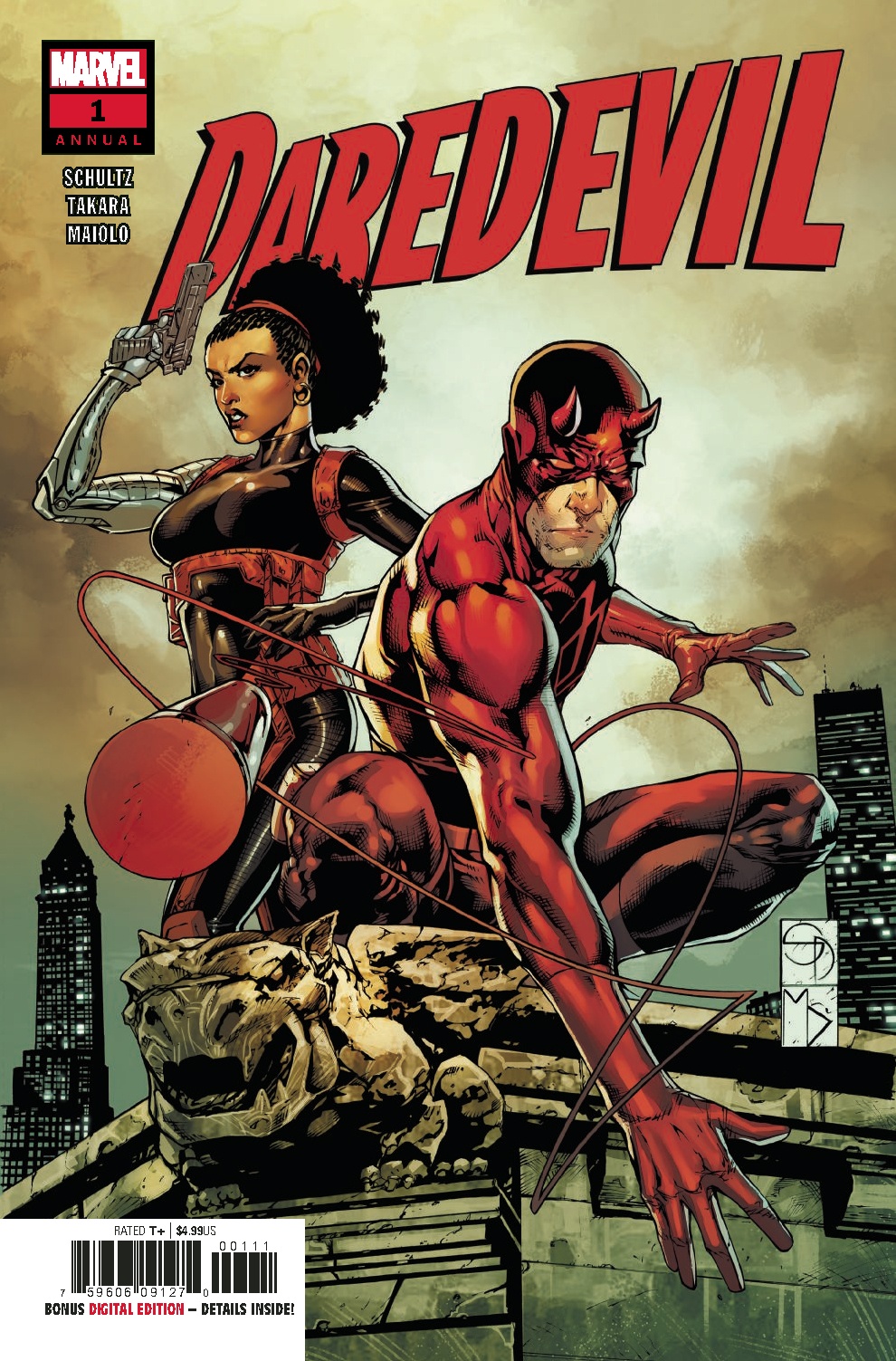 This week we got a surprise in the world of Daredevil. Daredevil Annual 1 came out. Instead of continuing Charles Soule’s story of political corruption and zombie ninjas, we get an unrelated one-shot starring the one and only Misty Knight. Written by Erica Schultz and drawn by Marcio Takara, the story focused on Misty Knight and her partner Carmen Torres in the early years of the superhero phenomena in New York City. While trying to solve a murderous mystery, the detectives find themselves crossing paths with Daredevil. While Torres believes people like Daredevil are heroes, Knight is skeptical of their intent and character. The question is whether the unraveling mystery will prove Knight’s suspicions correct or if she’ll accept Daredevil’s role as a hero of the city.

Being a horrible comic book nerd, I only just finished season two of Luke Cage on Netflix. Having the show fresh in my mind, though, made this comic all the more enjoyable. This really had the makings of a Netflix style show, too. The low to the ground, classic gangster action flowed well. It felt a lot like a first episode, when the audience isn’t quite sure what to make of Daredevil.

The story closely follows Misty Knight but Daredevil just pops up as a plot device throughout the story to move it along. It’s fun when a title hero’s book can be used to tell a story with the focus on a different character. This is actually the kind of classic move that can get readers interested in different characters. With the short lived Falcon run over and the glow of a potential Daughters of the Dragon focus in the next season of Iron Fist, I can smell the opportunity for a lot more Misty in upcoming comics.