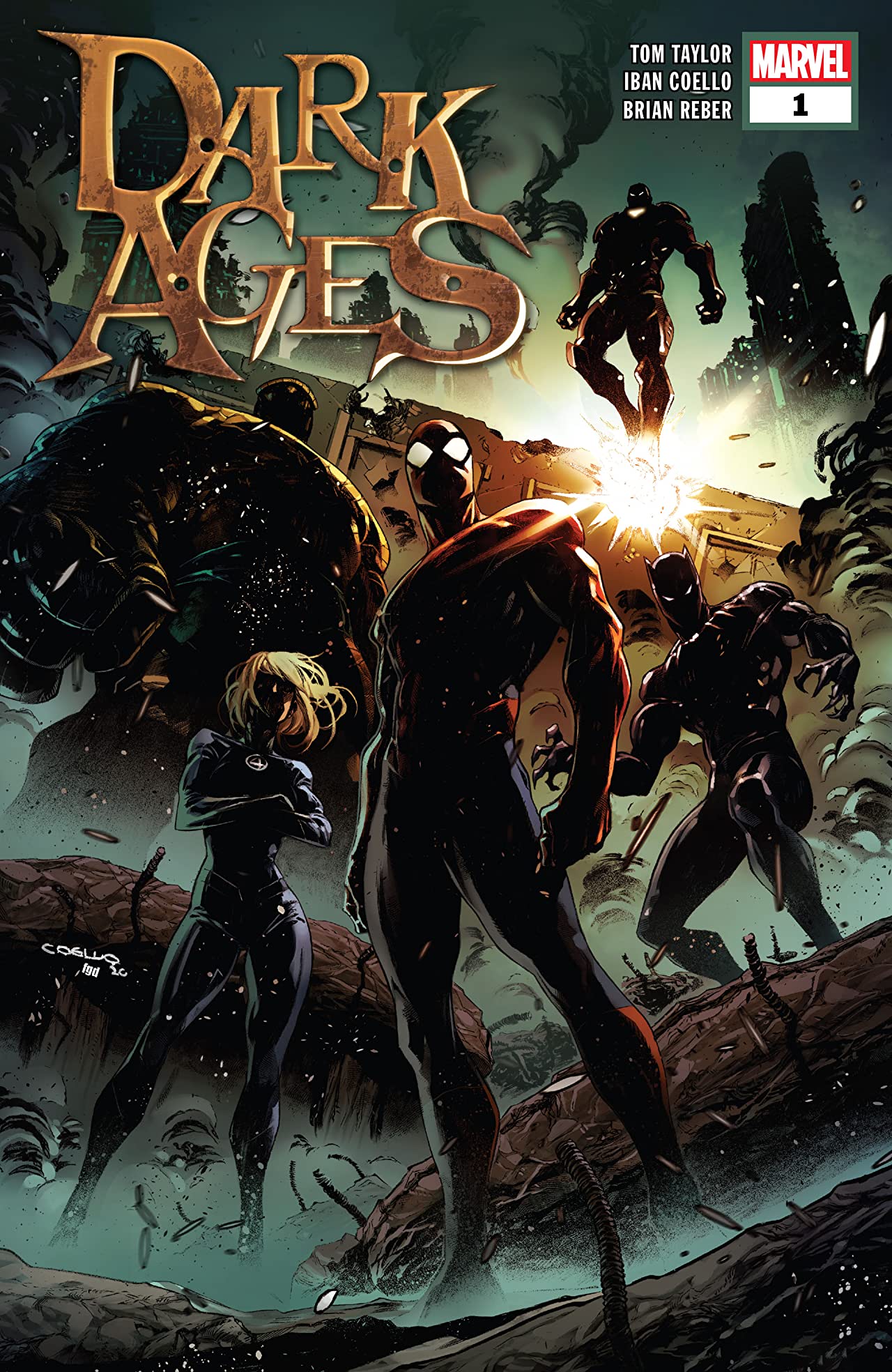 I’ve said it before, and I’ll say it again – Tom Taylor is the master of twisting familiar stories into the best Elseworld tales known to man. The fact that Marvel hasn’t put him in charge of spearheading on ongoing What If…? revival is a missed opportunity if I’ve ever seen one. Now, he’s back at it again. After a long, long wait, Dark Ages is here, and as with many of Taylor’s alternate universe stories, its simple premise is a lot more complex than it seems.

If you’ve seen any of the previews or promotional images for Dark Ages, you know what it’s all about. For the uninitiated, it’s basically what if the Marvel Universe lost all electricity forever. What if every electronic device, pacemaker, and just about anything else mechanical that runs on electricity could never be turned on again? A pretty grim premise considering how much modern society relies on such things. An even worse dilemma for the heroes that rely heavily on technology.

Dark Ages #1 plays out more like a prelude than a first chapter, which is a good thing. We’ve known what the book was going to be about for a while now, what we needed to know is how we got here. This first issue sets the scene pretty well. In fact, it feels like a completely different adventure altogether that eventually leads to what we were promised with Dark Ages. Taylor makes the scale of the threat as grand as possible. It’s apocalypse-level stuff and you know shit is bad whenever the Watcher pulls up in person.

A lot of the ongoing threat in this first issue feels like your standard Marvel adventure. Big bad that threatens to destroy the Earth, all the heroes come together, a plan is made to save the day. That works in the book’s favor. The constant stream of event books in Marvel has trained us to have certain expectations and always know that the heroes are going to come out on top in the end. Here, expectations are defied and what starts out as something familiar suddenly ends up in uncharted territory with major players taken off of the board. Even better is that there are major consequences to the heroes “saving the day.”

What I like about this first issue is that it’s entertaining. There is some solid action and art that draws readers in despite not getting to the meat and potatoes of its initial premise. Of course, the first issue isn’t perfect. We don’t get as much character work as I would have liked, but it feels like the book will slow down the pace going forward and explore how our heroes have changed after the events of the first issue. I’d call Dark Ages #1 a win and with a great tease at the end, I’m excited to see what’s next.

8.5 Black Girls are the Smartest People in the World out of 10